If you had told me at the start of my first Undertale playthrough that Flowey, the smiling greeter of the underworld, would haunt my dreams before too long, I doubt I would have believed you. I would have been very wrong, as, despite first impressions, Flowey turns out to be one of the most intimidating elements throughout Toby Fox’s iconic indie RPG.

Fortunately, our Undertale Flowey character guide has everything you need to beat the eventual Flowey boss battle, as well as generally prepare yourself for the nightmarish things the not-so-innocent flower comes out with in the later game. Of course, this guide is teeming with spoilers for Undertale, but we point them out throughout, so if you’re just here for some assistance on the boss battle front, go ahead and skip down the page.

For more weird and wonderful faces out of Toby Fox’s pseudo-series, be sure to check out our Deltarune characters list, as well as our individual character guides for Undertale’s Toriel, Undertale’s Papyrus, and Undertale’s Frisk. Or, if you’ve already had your fill of Undertale and you’re feverishly anticipating more Deltarune, check out our detailed guide on all the freshest information regarding Deltatune chapter 3.

Ok, we’re going to get very spoilery here, so if you haven’t completed all three main endings of Undertale, you might just want to skip down to the boss fight section of this guide. Still here? Great. So, as you probably already expect, there’s much more than meets the eye when it comes to Flowey, Undertale’s undercover antagonist. 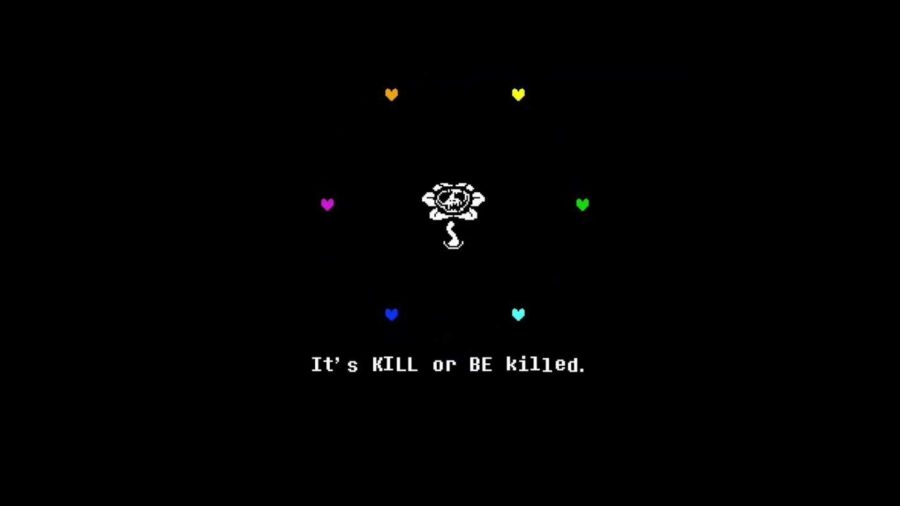 If you’ve already read our Undertale Chara character guide, you’ll know that Flowey is in fact the reincarnation of Asriel, the only child of the Asgore and Toriel who was killed after passing the barrier into the human world. His role throughout the game is to push Frisk, the player character, toward the game’s genocide route that leaves both his parents, and the rest of the main cast of Undertale, dead and buried.

Fortunately, this is not Flowey’s intended fate, as you find out during the game’s true ending by following the pacifist route. It turns out that Flowey was a sort of lackey all along, working alongside the fallen human, Chara that is, to destroy not only the monster world, but the human world as well. However, when exposed to Frisk’s DETERMINATION, Chara’s influence fades, and Asriel sees sense again, before embracing Frisk in a lovely thank you hug.

Who is Undertale’s Photoshop Flowey?

Again, big old spoilers coming up here, so keep skipping if you want the surprise. Photoshop Flowey is Flowey’s most powerful form, appearing at the end of the true neutral run to finish off Asgore, claim the power of the six human SOULS, and send you into save file purgatory before a final boss fight. 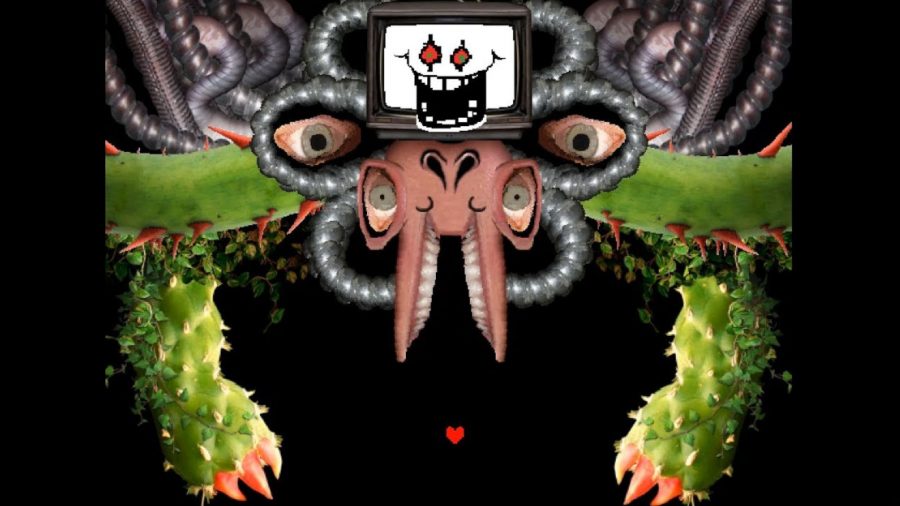 You need to beat Photoshop Flowey at least once to access the true neutral route, where the frightful fauna finally reveals themselves as Asriel, before being saved from themselves by an intervention from Frisk and the rest of the Undertale characters. With this, Flowey is gone, at least for a time, and Frisk can return to the surface with the barrier shattered.

How do I beat Undertale’s Flowey boss battle?

Unlike almost every other boss battle, or even regular battle, throughout Undertale, the Photoshop Flowey boss battle says the fight, act, item, and mercy RPG options for a bullet-hell style showdown. It’s a long battle too, and really the only advice we can offer is to learn Photoshop Flowey’s moves, and make sure to keep your heart cursor doesn’t stay in one place for too long. 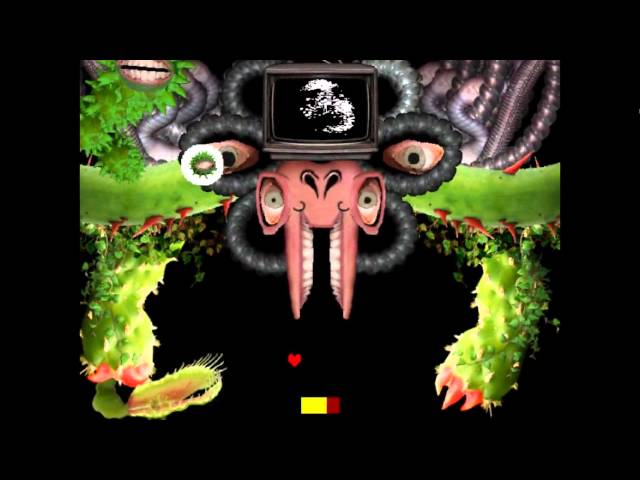 As you can see not only from the video above, but its nine million or so views, this boss battle is infamous, and infamously tricky, but also one of the most memorable stand-offs in modern gaming. The soundtrack, like much of the music throughout Undertale, is absolutely jamming, so it’s no hardship to have to take a couple of attempts at besting Photoshop Flowey, even if just to hear those sweet riffs all over again.

Where can I get a Flowey plush?

Were you paying attention earlier when I said that Flowey haunts my dreams? Well, now the infamous character can haunt your living room, desk, or really wherever you fancy sticking the terrifying thing, with a dancing Flowey plush now available over at Fangaming. Or, if you really want to give yourself nightmares, you can pick up this distinctly unfriendly Flowey from Amazon.

There you have it, our comprehensive character guide for Undertale’s Flowey. Once you’ve bested Flowey, why not check out our picks for the best games like Undertale on Switch and mobile for your next adventure (or maybe even our best gardening games list, if you feel like pruning some prospective world enders).