What are the best upcoming Switch games you ask? Well in a year as stacked as 2022, we’ve got plenty to show you and sadly plenty of great games to make another dent on your wallet. Breath of the Wild 2 may have been delayed, but there’s plenty to play in the coming weeks so you’ll never be bored for long.

While we love the big releases, this guide mostly focuses on games on the immediate horizon, including some smaller titles that many upcoming games lists might overlook. We love to see indies and undiscovered gems on the Nintendo Switch, so we’ll always give you the best tips for getting a great game on your Nintendo Switch. So, what are the best upcoming Switch games?

The next few weeks have a healthy mixture of big tentpole releases, remasters and ports, and a few lovely-looking indie titles slotted between. Whether you need to chill out or shoot some things, there’s a new game here for you on this list. So, let’s dive into our picks for the best upcoming Switch games. Though if you want a full list of the games coming out this year, check out our guide to the best new Switch games.

Let’s dive into our picks for the best upcoming Switch games. 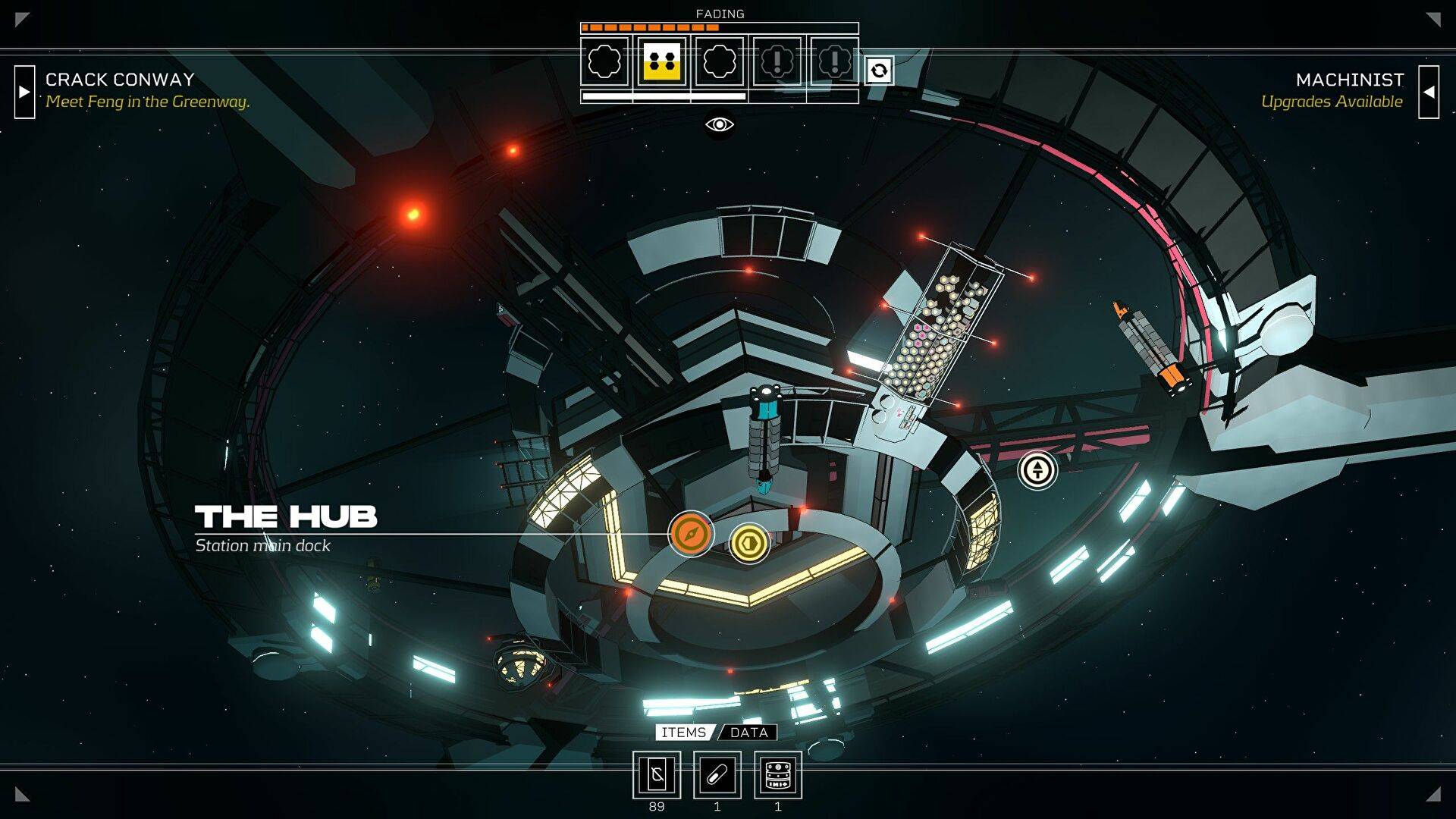 From the creator In Other Waters, comes a narrative-driven sci-fi TTRPG called Citizen Sleeper. Explore humans living in space, as they navigate a civilization in decay thanks to the dying days of capitalism. It’s fiercely political, very emotional, and could be one of the most fascinating games of the year. 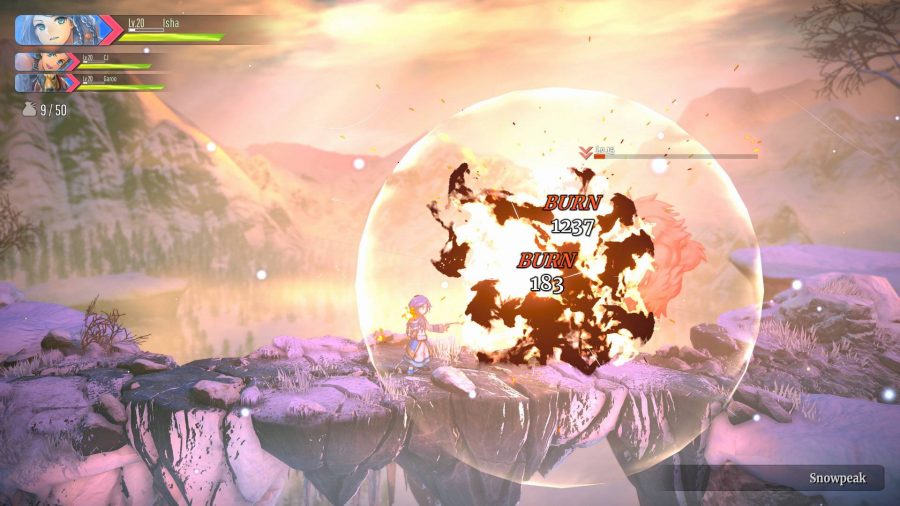 While we have a while longer to wait for the main event, the wildly successful Kickstarter-backed Eiyuden Chronicles, the developers are serving us up a nice little appetiser with Eiyuden Chronicles: Rising. While it is a precursor to the larger game on the way, this is still a complete adventure utilizing the same gorgeous mixture of modern and pixelated graphics as well as some fierce battles. 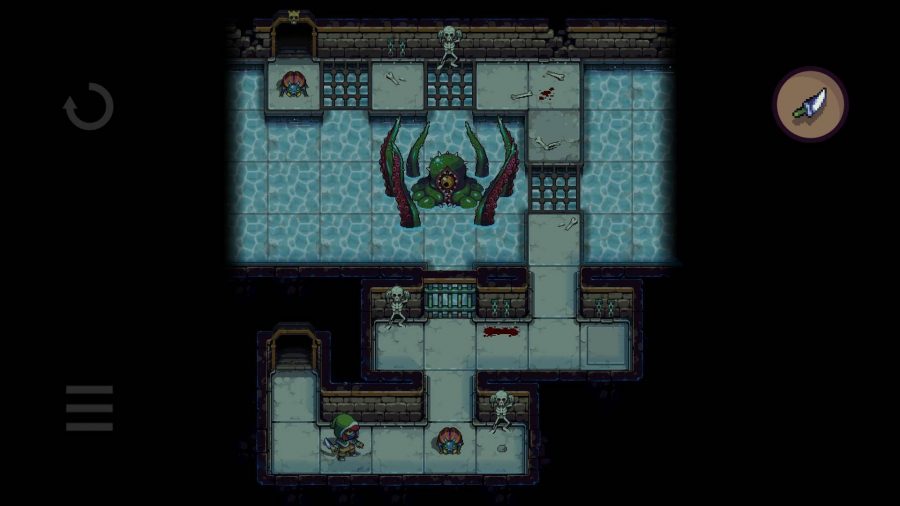 A dungeon based (shocker) puzzle action game where you must save your brother from taking part in a dangerous ritual. Dungeons of Dreadrock features 100 levels of tricky action puzzles where you must not only best enemies, but make your way around countless different traps. There is a lot of smart level design on offer here, so look forward to our Dungeons of Dreadrock review very soon. 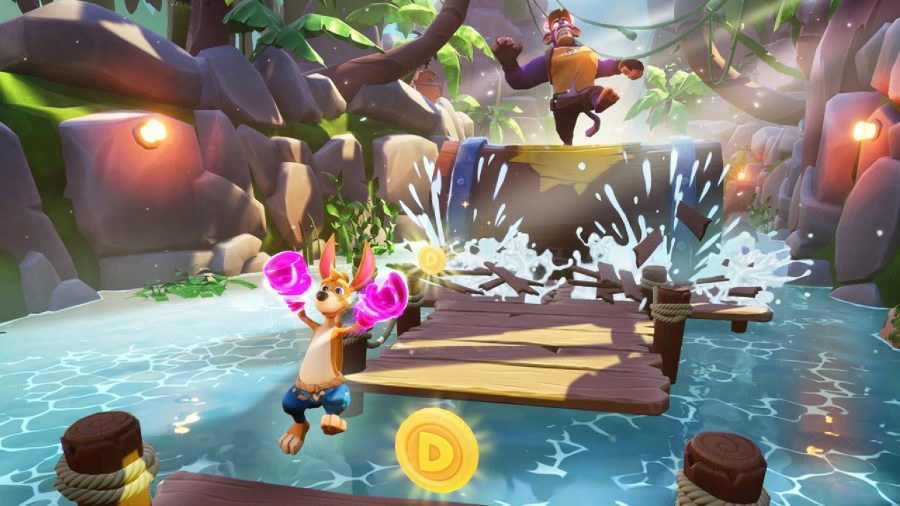 3D mascot platformers such as Crash Bandicoot, Spyro, Croc, and many more used to absolutely rule the shelves in gaming stores. Well, the genre is getting something of a resurgence, and we couldn’t be happy. Kao The Kangaroo reanimates the series after nearly 20 years, and looks to have all of the charm and tricky platforming of the originals with a few new tricks up its sleeve. 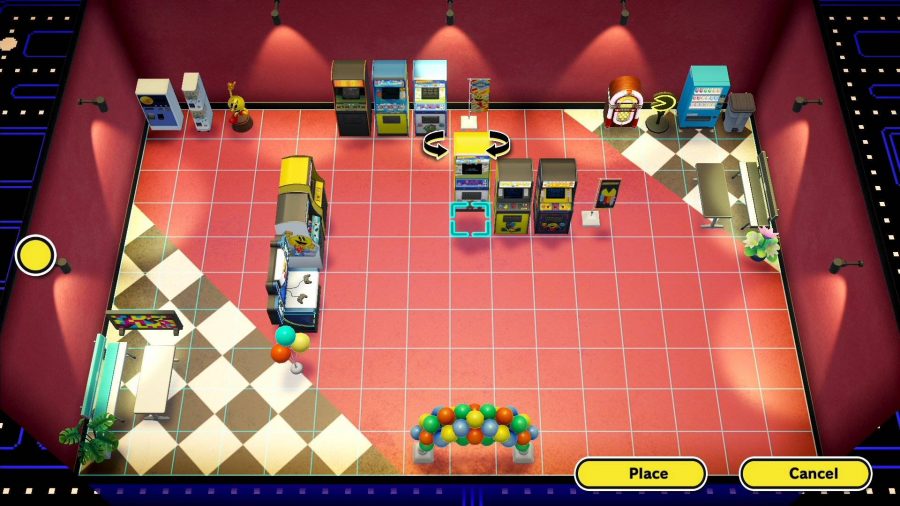 It’s hard to get sick of Pac-Man, as the arcade classic has a timeless gameplay loop that has kept it relevant nearly 40 years after its launch. If you’re looking to take a trip down memory lane, then Pac-Man Museum+ features a hefty heap of Pac-man’s most iconic titles from various consoles and bundles them into one impressive package, including a virtual arcade you can decorate with furniture you earn by just playing the games. 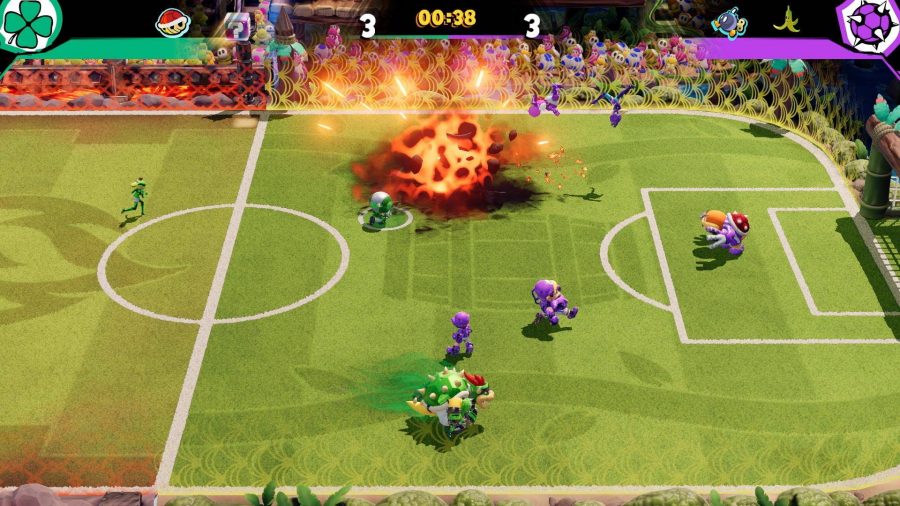 Mario and pals are finally back on the pitch in the long-awaited Mario Strikers: Battle League Football. Football has never been so frantic, as the mushroom kingdom gang bring special moves and extreme attacks to the sport in the most exciting shakeup outside of introducing multiball. New online features and the ability to take part in tournaments could make this a fantastic new addition to the Switch library. 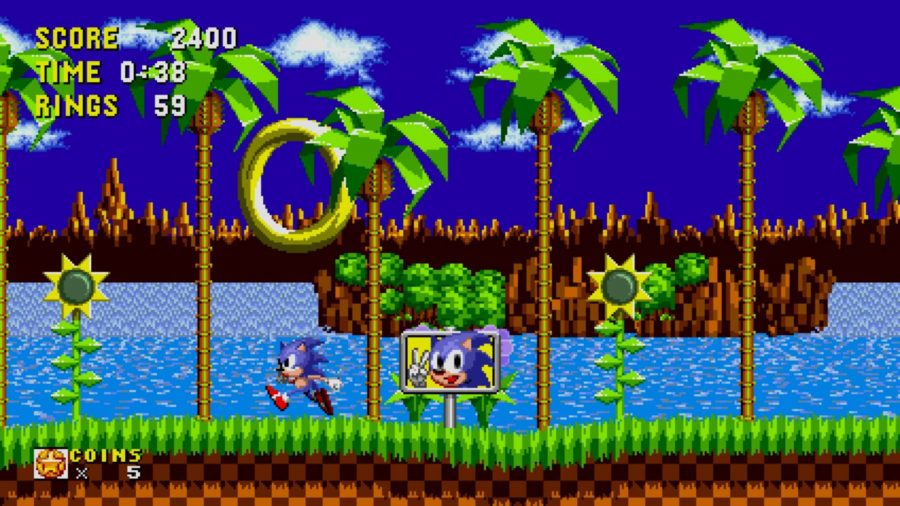 In what could be our fourth or fifth collection of Sonic games, Sega is once again asking us to pay through the nose for the four Mega Drive games but this time at least they are offering widescreen support and some additional content.

Sega is selling a lot of the new content separately as DLC, because of course, but at least this isn’t the same few rooms we’ve been playing for over 20 years. I love these games very dearly and the Sonic Mania devs have helped with the conversion to widescreen so I am cautiously optimistic, but we’ll have to wait and see how well Sonic Origins holds up. 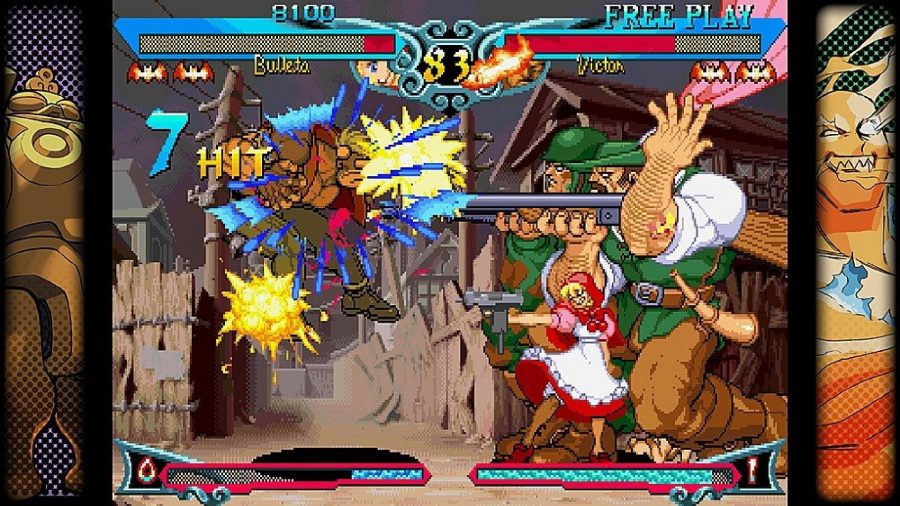 Another collection of classic games, but this time Capcom is showing others how it should be done. Including 10 classic games from Capcom’s fighting library, including several from the Darkstalkers series and Puzzle Fighter, each game in the collection will also offer online features and even rollback netcode. A lot of these games are getting very hard and difficult to find, so this is a fantastic way to experience some of the best retro games from Capcom’s vast library. 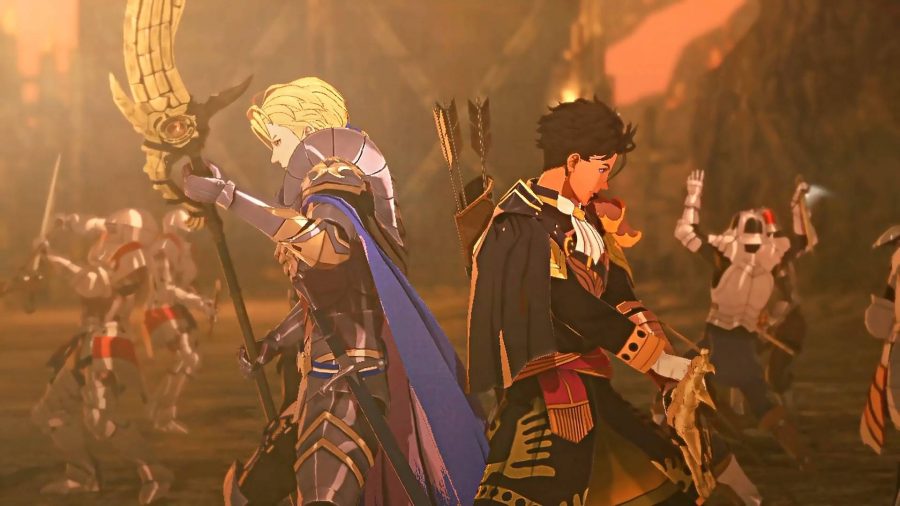 Taking cues from Hyrule Warriors: Age of Calamity, the sequel to Fire Emblem Warriors is now a sequel to the huge hit Fire Emblem: Three Houses, as Fire Emblem: Three Hopes is a Musou action game that presents an alternate timeline and a fresh view at the events that surround Byleth and the three warring kingdoms. You already know whether you like this sort of game, but we look forward to seeing more of these characters and a fresh take on its world. 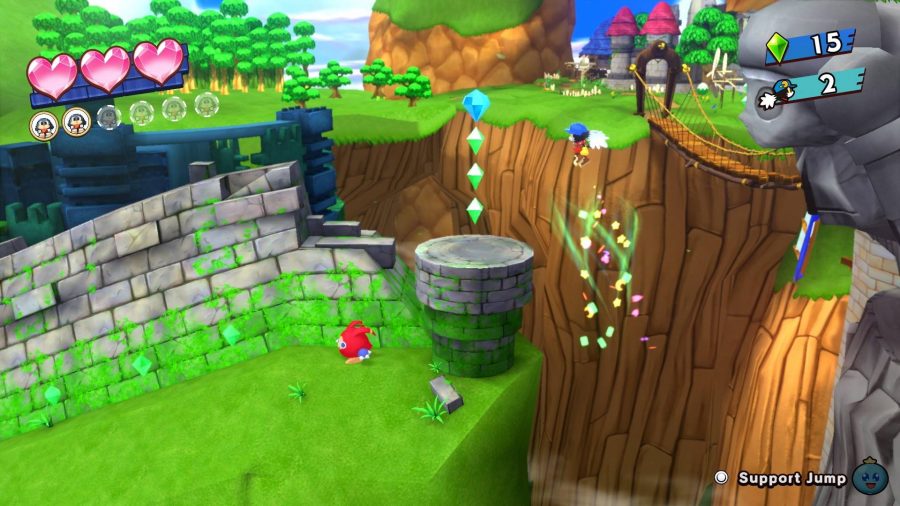 We said platformers were making a comeback! The Klonoa series is a much-loved take on the platforming genre, and this collection brings the first two entries to modern consoles with some clever adjustments and updated graphics. Both titles offer a suite of difficulty options so you can play however suits you, and you can even share this one with a pal in local multiplayer. 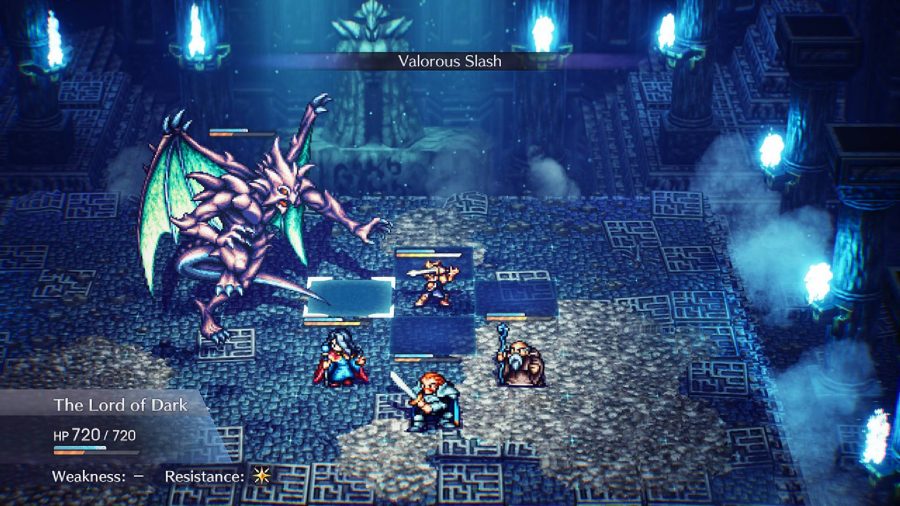 We only recently got the original HD-2D release of Triangle Stategy, but ever since Square Enix revealed this beautiful art style, players have been begging for remakes of classic pixelated games. Well, Square Enix listened, and is starting off with Live A Live, a cult hit from the SNES era that plays out across multiple timelines. It’s a fascinating take on the classic RPG, and this is the first time it’s been released in the West. Plus, if this sells well, maybe they’ll eventually remake Chrono trigger? 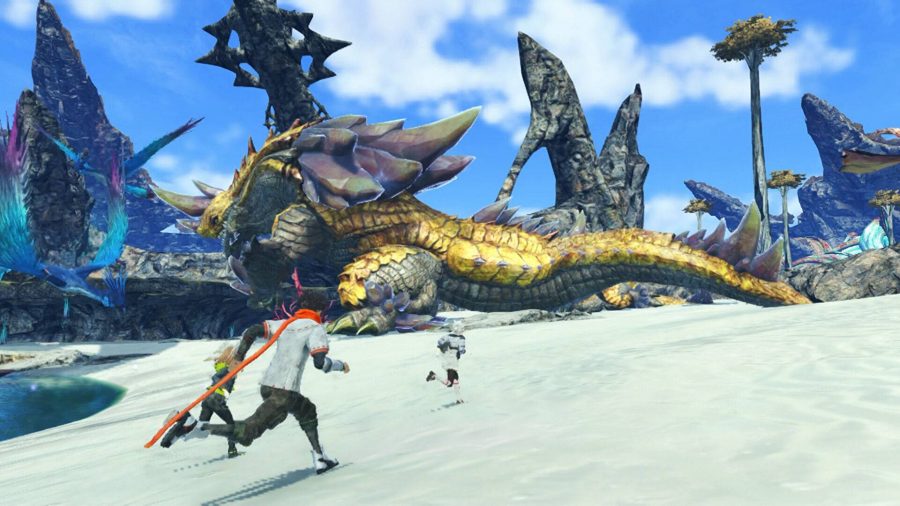 In a real surprise announcement, Nintendo recently brought forward the release of Xenoblade Chronicles 2 from September to July. Or perhaps it was the power of the Monado? The third entry in the JRPG series features the same open-world and action-packed gameplay, but this time is centered on the two warring factions of Agnus and Keves. Protagonist Noah is caught in the middle and must make friends from both sides of the war if he ever hopes to put an end to things.

That’s all the games we currently have on our radar but be sure to check back as we’ll update this list with anything exciting that gets announced soon. If you need something to play while you wait, check out our bumper guide to the very best Switch games and have a browse for your next gaming obsession.