There are a lot of party games out there. They’re a wonderful way to combine gaming and socialising, leading to squabbles and laughter and everything in between. For a hobby that can often be a solitary experience, it’s nice that there are options for when you’ve got all your buddies around.

But, there are so many party games that it can be hard to choose which to play. That’s why we’ve put our favourites in a handy list, so you don’t have to spend decades scrolling through the app store hunting for the next dinner party hit. So, get your good time hat on, it’s time to party.

This list of party games should be a surefire way to have fun with your friends with the help of your mobile phone. Still, if that’s not cutting it, check out our list of the best Switch party games to find some bigger screen action. The console is purpose-built for local multiplayer, so it’s the place for any party animal like yourself. 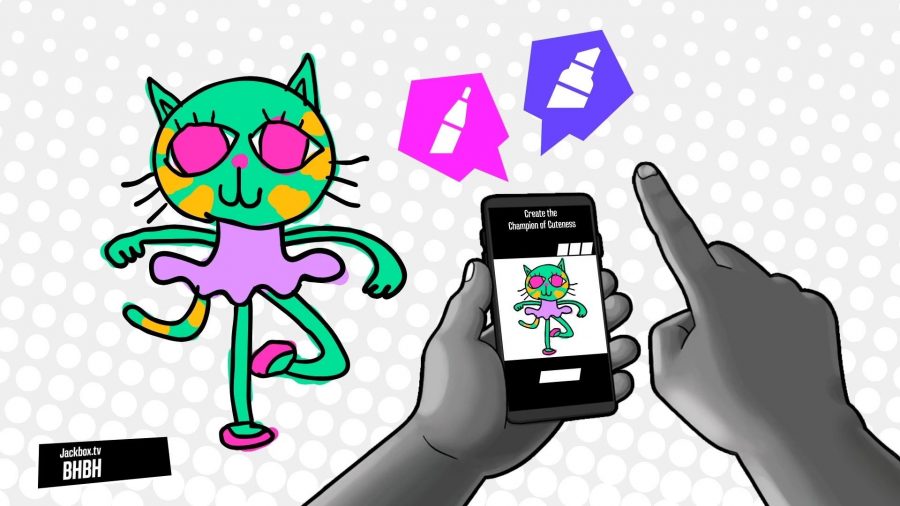 The Jackbox Party Pack series of games may be the de facto king of party games. There’s a huge variety of games within each pack, and there are nine packs available, so that’s a lot of Jackbox. These games can take the form of social deception, wordplay, or just big dumb fun, and they’re interacted with using your phone.

Sure, you need a console to play the games (or an iPad), but your phone can be the controller. Not all packs are created equal, though, so check our guide to the best Jackbox games to be sure to pick up the one that’s best for you. 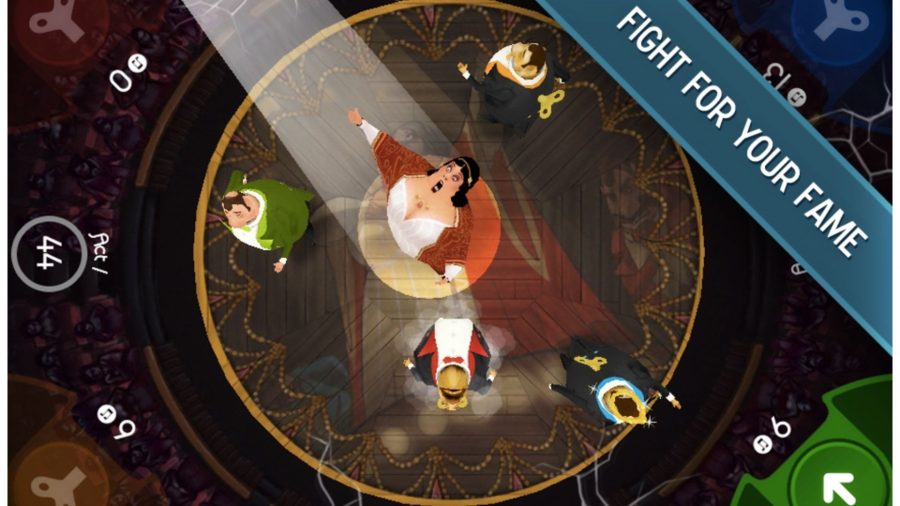 King of Opera is a super simple, easy to pick up party game for all the family. You control your character from one corner of the screen, with up to three other players in the other corners. Knock them off the stage as you climb the ladder of fame, try not to get knocked off yourself, and bob’s your uncle. Rinse and repeat ad infinitum for a darn good party time. 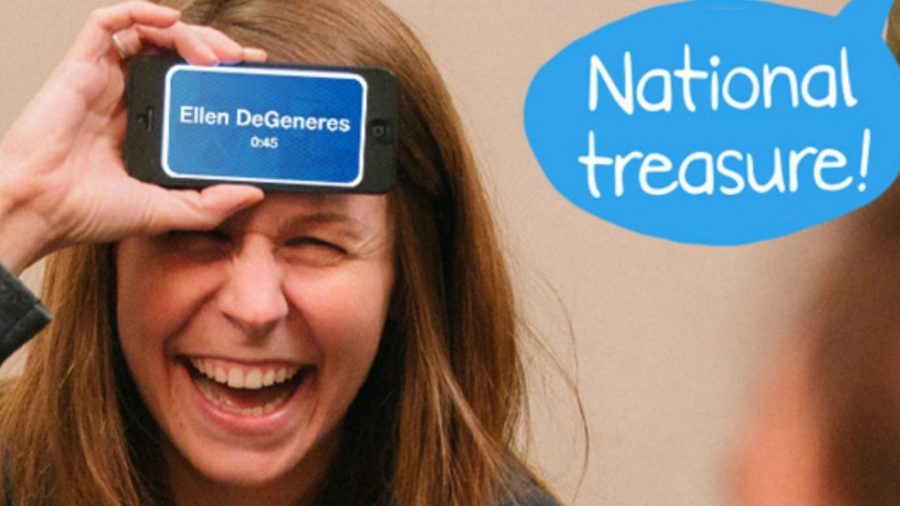 Heads Up is a long-living classic in the party game genre. (I have (very embarrassing) videos of me playing it about a decade ago). The concept is simple: hold your phone on your forehead, screen facing outwards, and it shows a famous person, place, or thing. The other people there need to give you clues as to what the phone says, but can’t say the actual name. It’s super simple, but leads to hilarious situations. Also, apparently, it’s “by Ellen Degeneres”, whatever that means. 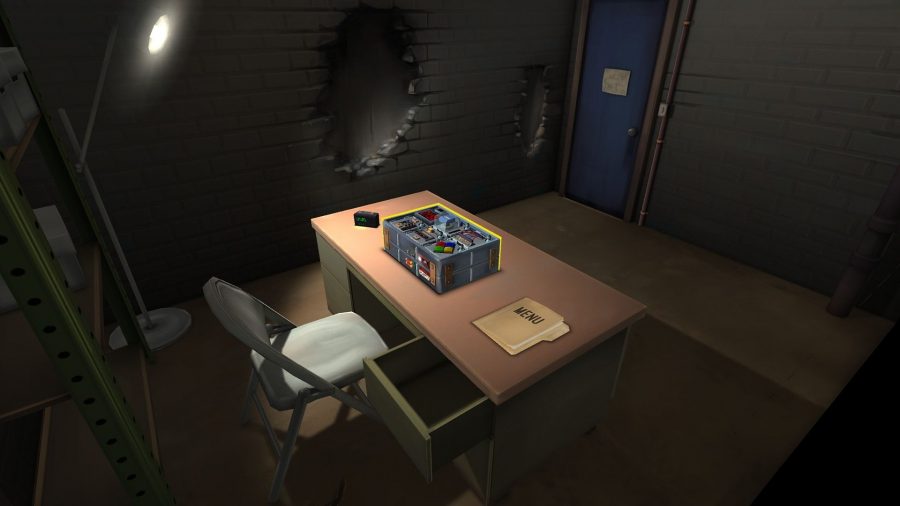 Keep Talking and Nobody Explodes

Steel Crate Games released the puzzle classic Keep Talking and Nobody Explodes in 2015, coming to iOS and Android four years after that. The player has to disarm bombs, as other players guide them by reading manuals with instructions on how to do it. The person diffusing the bomb can’t look at these manuals, so they’re completely reliant on the other players. It can lead to tense, nail-biting drama. Definitely worth picking up for your next party. 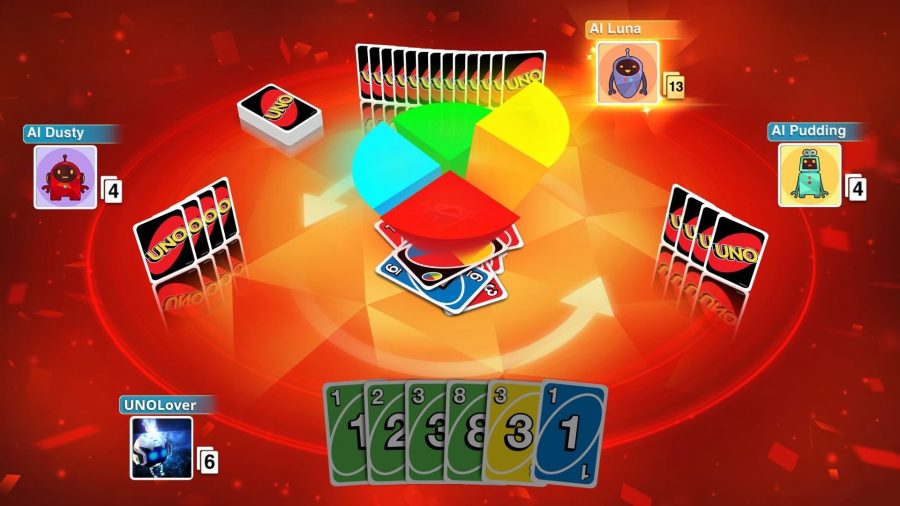 Everyone loves UNO, it seems. The card game can be a great party game, especially because most people know the rules. Have you ever tried teaching people a complicated card game at a party? It’s horrible. So, pick up UNO on your phone, try out the classic mode or different rulesets, have 2v2 battles with your friends and family, and save the planet all at the same time. Lovely stuff. Oh, and there’s also UNO Valhalla DLC that’s worth a look if you’re into your assassins. 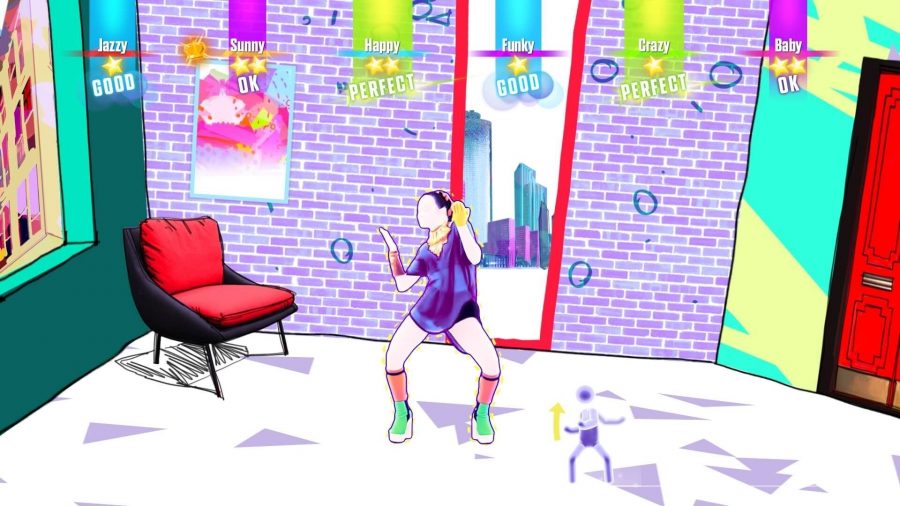 Just Dance Now lets you take the Just Dance experience wherever you want it. It turns your phone into the controller, and uses any internet-connected screen as the console. It’s full of classic tracks, though many will require in-game currency. Still, it’s been around since 2014, and is a rock-solid option if you don’t have your Switch with you. If you do, check out our guide to the Just Dance games on Switch to get up to speed on all the songs available. 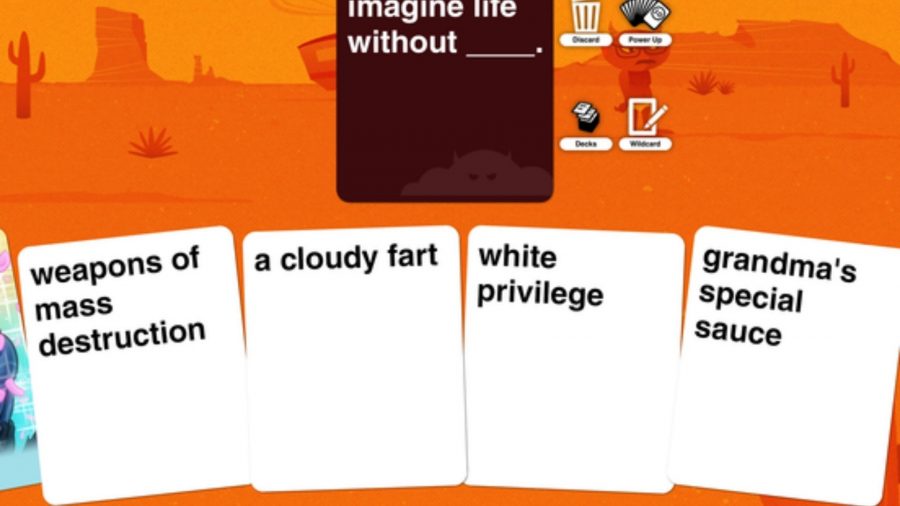 Have you ever heard of Cards Against Humanity? Well, Evil Apples is basically that, except it’s a lot cheaper, because it’s free, and doesn’t use a load of materials like the physical version. There are 1,300 cards with a gap in them, and 6,900 cards to fill that gap. It can lead to hilarious, rude, disgusting, and naughty results. To win, think up the best gap-fill. It’s great fun, but maybe don’t play it with your nan. 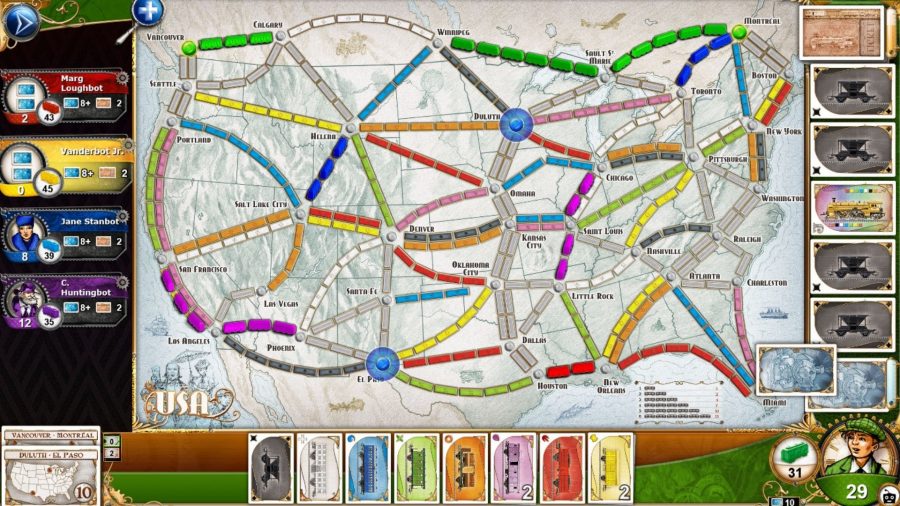 Ticket to Ride is an all-time classic board game, and Next Level Games produced a video game version for consoles, computers, and, lucky for us, iOS and Android, too. The game is basically a carbon copy of the board game in terms of gameplay, with each player needing to manage destinations and trains and be the first to win. It’s a bit more in-depth than most party games, but if you’ve got a room full of board game nerds it’s a surefire hit. 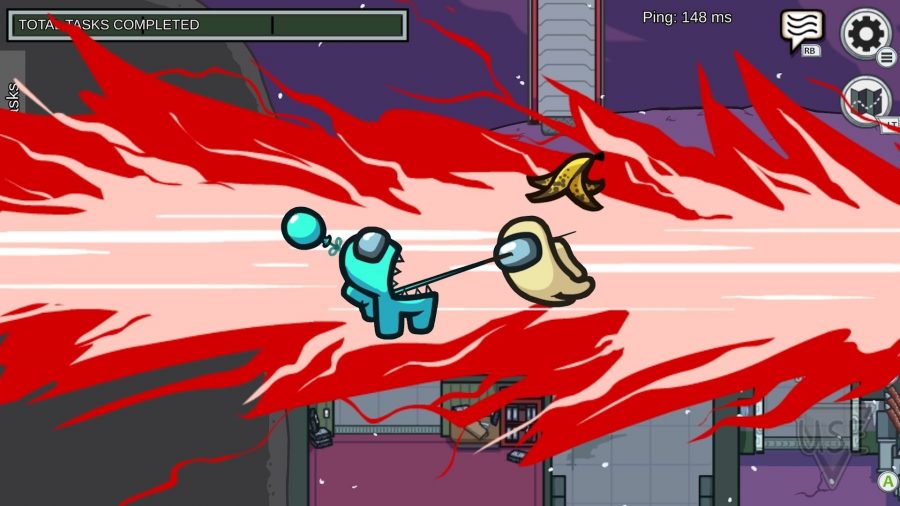 While this may not be the most obvious answer, Among Us is definitely the best party game out there. It’s easy to pick up, has simple rules, and is all about communication. While you can play in a room by yourself and use voice chat to communicate with your team, it’s much better when everyone’s in the room. So pick this up on your phone and get scheming and deceiving. If you’re having trouble, we can help, with our Among Us guide, Among Us maps guide, and Among Us character list to lead you to victory.

That’s enough party games for even the hardest raver. I mean, if you do go to a rave and play Among Us, please send me a photo. I would love to see that. Anyway, if you’re into the Among Us setting, check out our list of the best space games on Switch and mobile to keep it sky-high (well, actually, higher than that, but you know what I mean).