There’s a certain inescapable magic to having an open world in the palm of your hand. It’s part of what made Breath of the Wild so engaging when it launched on the Switch. I vividly remember a dozen-hour train ride I took from Bucharest to Sofia, stuck in scorching heat, just lying in the train carriage, bleary-eyed, clearing out shrines. It was magical.

That sort of magic extends beyond Zelda though, as there are countless open worlds you can take with us for new, enduring memories. That’s why we’ve put together a list of the best open-world games on Switch and mobile; so that you can find your next fix and get lost in a different world, whether you’re lying in bed or sweating it out in Eastern Europe.

So, go ahead, dig in. There’s a lot to choose from. Once you’ve had your fill, we’ve got lots of other recommendations for you, whether it’s the best mobile multiplayer games for those looking to spend some time with others or the best games like Civilization, for those looking to do the exact opposite.

The best open-world games Available On the Go 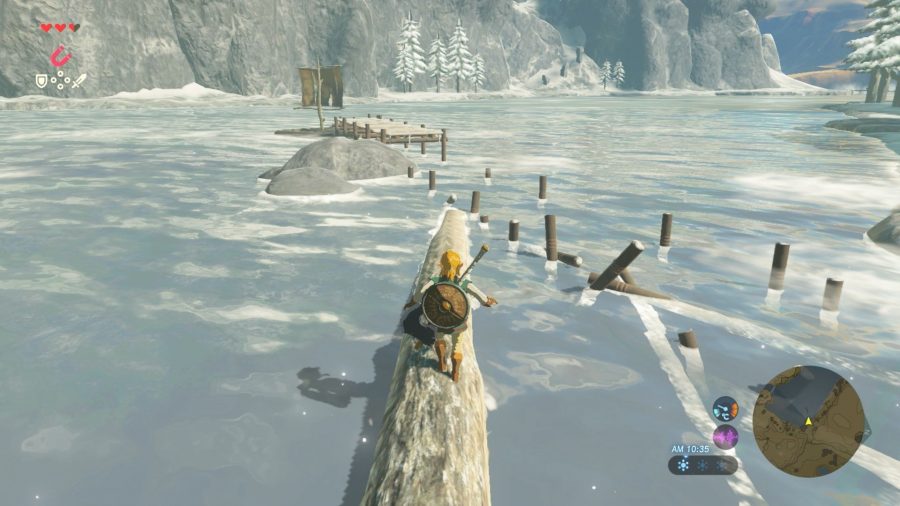 Breath of the Wild – Switch

The game that launched the Nintendo Switch also happens to be one of the best games of all time. It’s covered in things to discover, leaving you to explore with very little direction. There are gentle dragons swimming past waterfalls, massive mountains to climb, or just strange glows in the distance. Everything that intrigues you leads to a surprise. It’s one of the most engaging open worlds out there. (If you’re eager for the sequel, check out our Breath of the Wild 2 release date guide to stay up to date). 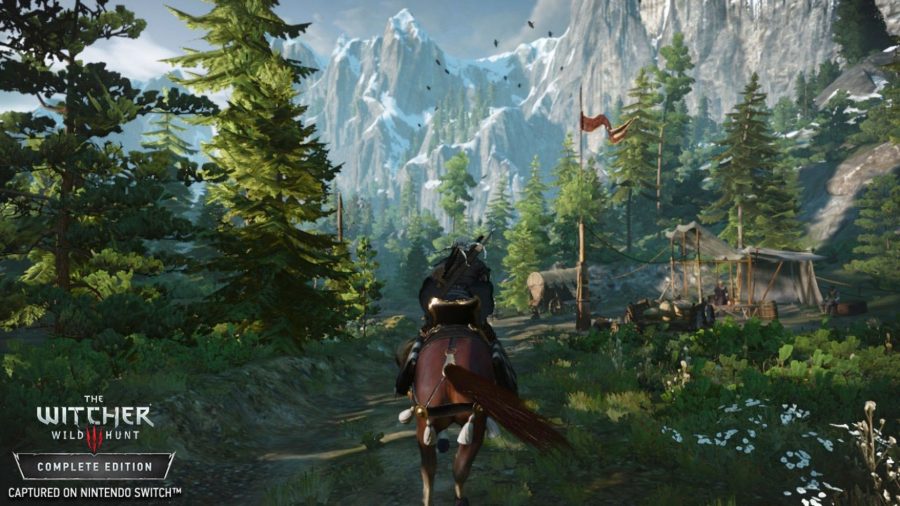 If you’re looking for an open world that’s gorgeous, maybe play this on a different platform. But if you’re after deep characters, rolling hills, and scary monsters, this is the game for you on Switch. The key with The Witcher 3 is the side quests, which are celebrated to no end. But there’s good reason; these are definitely the best side quests in any videogame, leading down winding narratives and engaging gameplay moments. It’s a must-play. 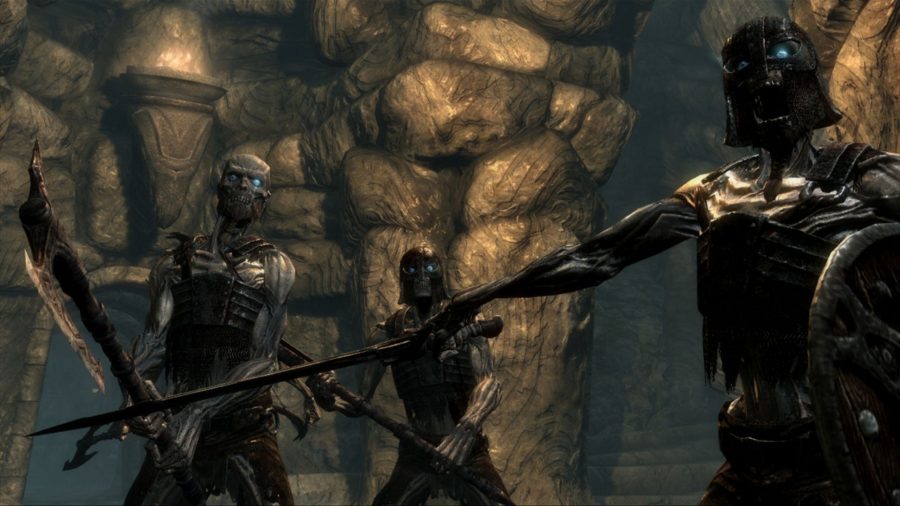 One of the earliest open-world games to say to the player “hey, go do what you want, doesn’t matter where you go, you’ll find something”, Skyrim came out in 2011, and is still getting ported to every system. Still, though, after maybe a thousand hours in the game, I love going back. And my favourite way to play is on the Switch. 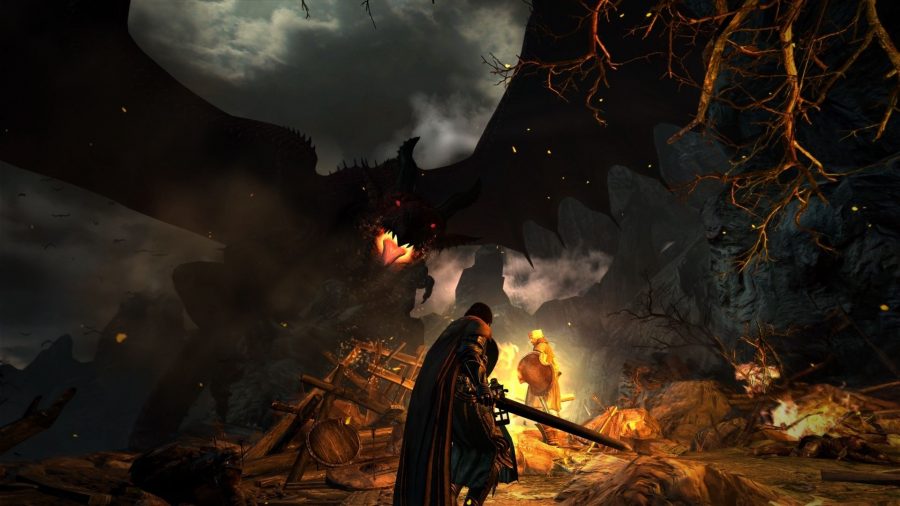 For anybody out there playing Elden Ring who wants to have a bit of a history lesson, go pick up Dragon’s Dogma. So much about it has seeped into many open-world games over the years, yet the game doesn’t get as much credit as some others. With magic and melee combat, large beasts for you to clamber up and grab onto, and a story that ends in the wackiest way, Dragon’s Dogma is a strange, excellent concoction that everyone should check out. 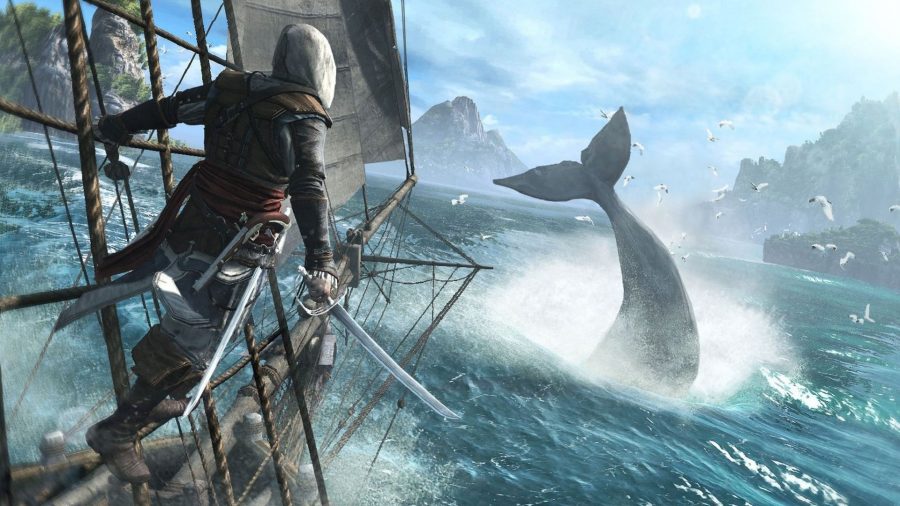 Ubisoft’s recreation of the Caribbean in Assassin’s Creed 4: Black Flag is endlessly gorgeous and enjoyable. You climb in the shoes of a pirate assassin, sail the high seas, and do lots of murders in beautiful places. Oh, and it’s part of the Rebel Collection on Switch, so you get AC Rogue too, which is an alright game. Black Flag is often talked about as the best Assassin’s Creed game, so it’s definitely worth a look. If you’re more of an Italy fan, check out our Assassin’s Creed: The Ezio Collection review to see what we think. 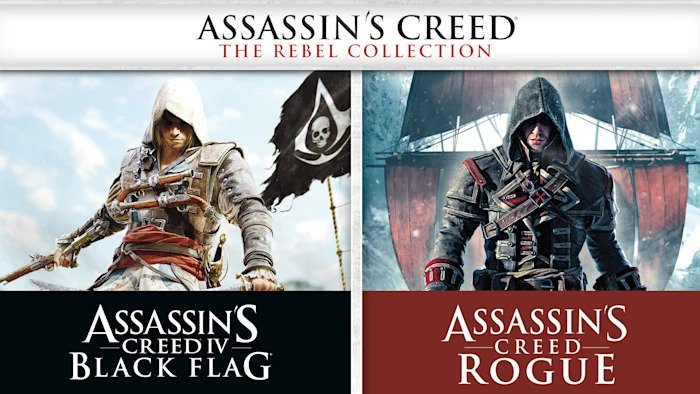 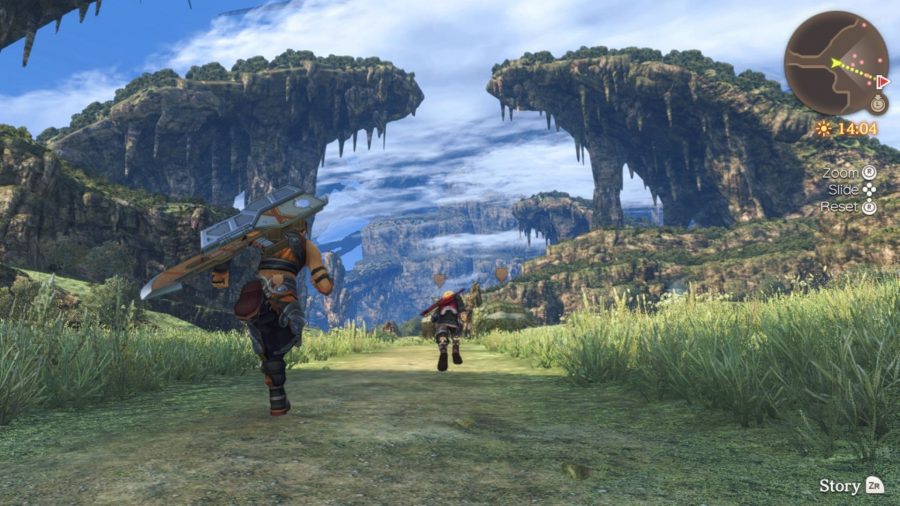 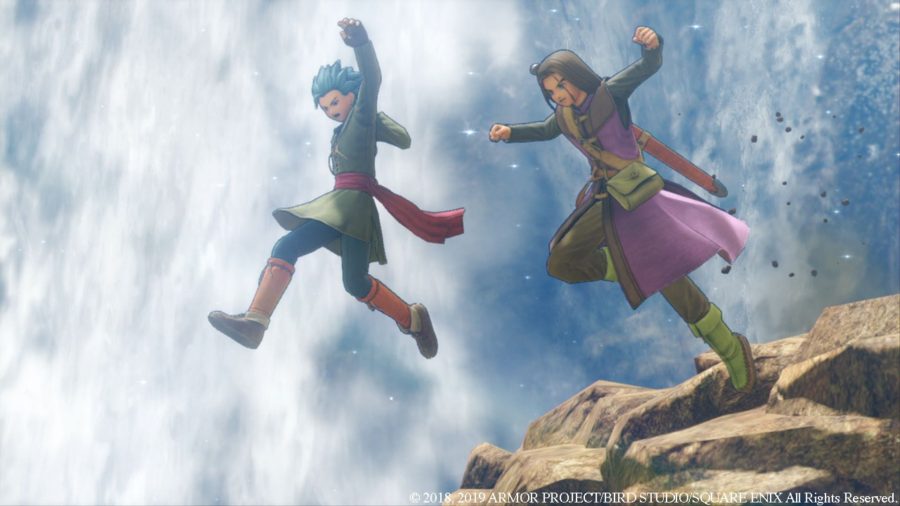 For more JRPG goodness, look no further than the grandaddy of JRPGs. Dragon Quest has been around forever (Square Enix released it a year before the first Final Fantasy game), and it’s a mega-hit in Japan. If you’re looking to get into it, the best place to start is with Dragon Quest XI. It has a grand, world-ending story, gorgeous monster designs, and lots of turn-based battling to keep you engaged. 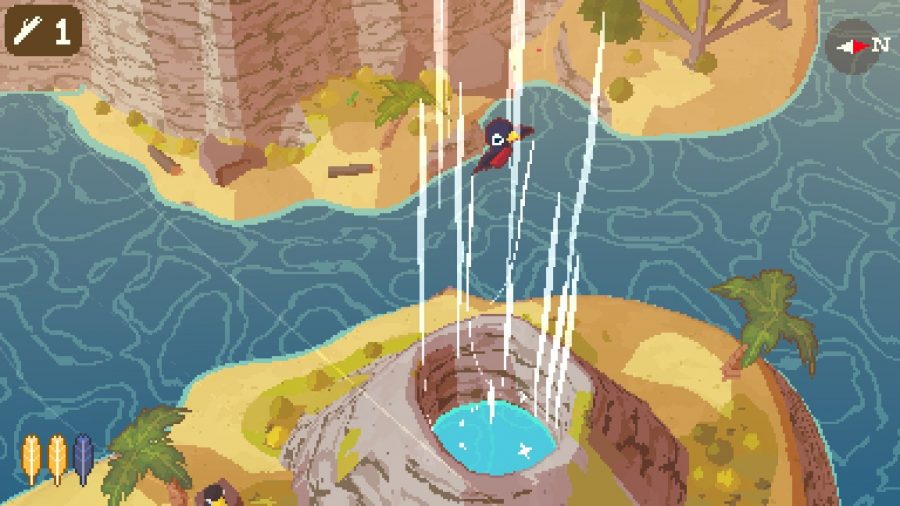 Those of you looking for a more peaceful open world, or just not looking to murder anyone, look no further than my personal game of the year for 2020, A Short Hike. It‘s a tiny little adventure where you meet quirky people, solve their problems, and try and hike up a mountain. It‘s delightful. 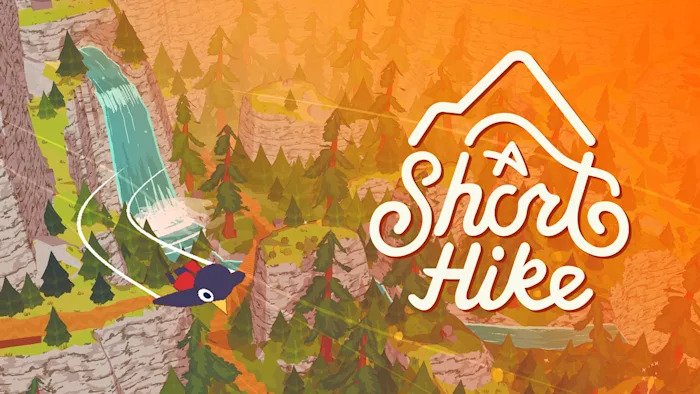 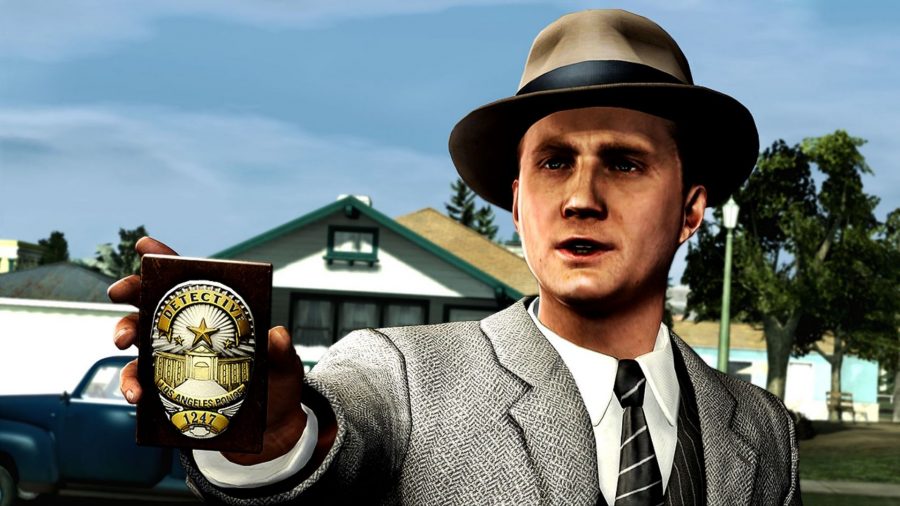 While the open world in L.A. Noire may seem a little barren, that doesn’t stop it from being an excellent game. Full of excellent writing and dialogue suited to the period, the game tells the story of Cole Phelps, a cop in the LAPD, climbing the ranks and solving crimes. It has wonderful storytelling, and most people tend to overlook things that it does better than any other games out there, just because the open world is kinda empty. Who cares when everything else is as good as it is? 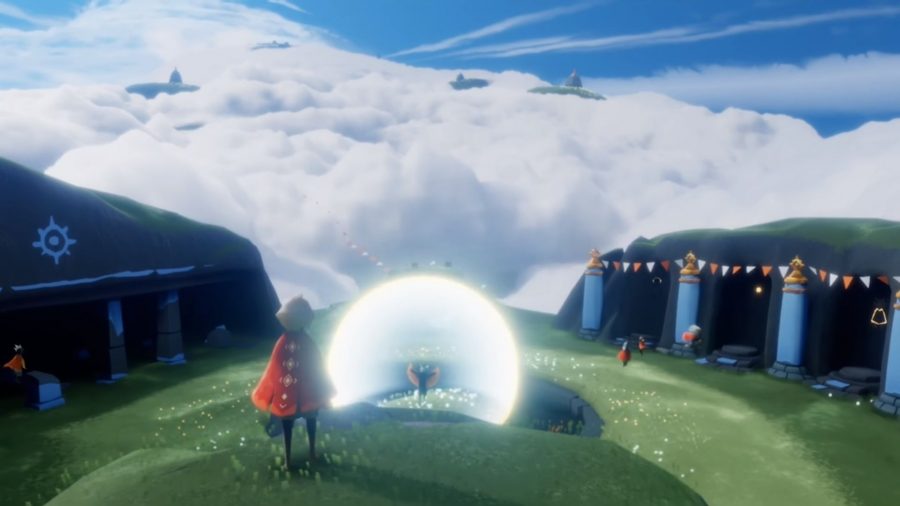 Sky: Children of the Light – Switch and mobile

Developed by Thatgamecompany (who also developed the similarly excellent Flow, Flower, and Journey), Sky: Children of the Light has a delicate open world, beautifully realised, with seven kingdoms to explore. Like Journey before it, there are clever, subtle social elements to make everything that much more impactful. And it’s free-to-play, which is even better. We also have a Sky: Children of the Light review if you need more convincing. 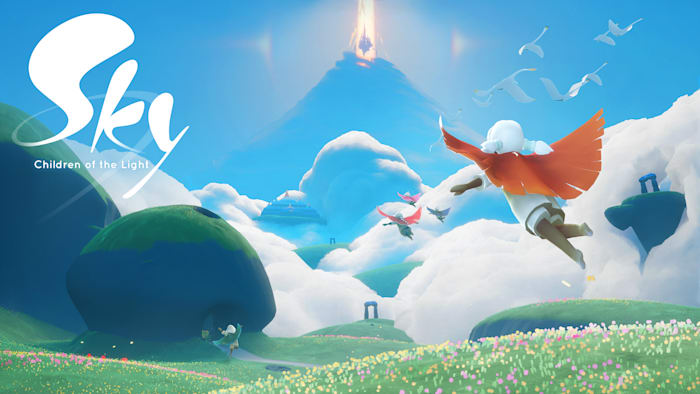 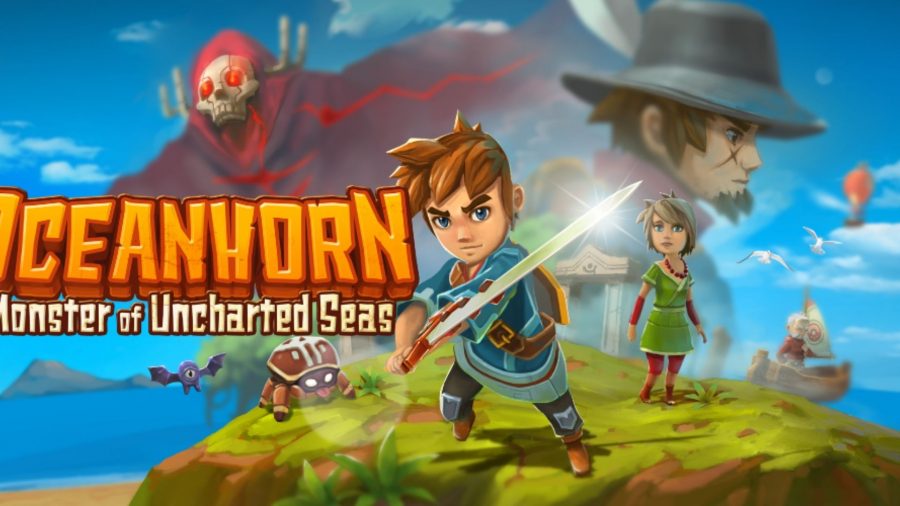 If you fell in love with Breath of the Wild and just need some more as soon as possible, then Oceanhorn may be for you. It’s an unabashed Zelda-like, even down to the main character. But that doesn’t stop it from being engaging. It has some great puzzles, some pretty world design, and a sequel, so if you like the first game, there’s more where that came from. Literally. 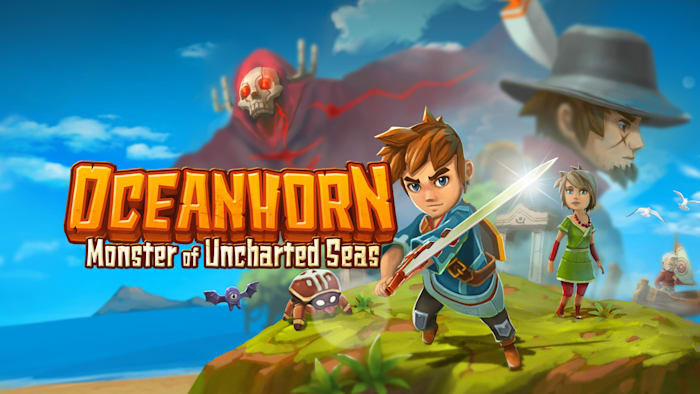 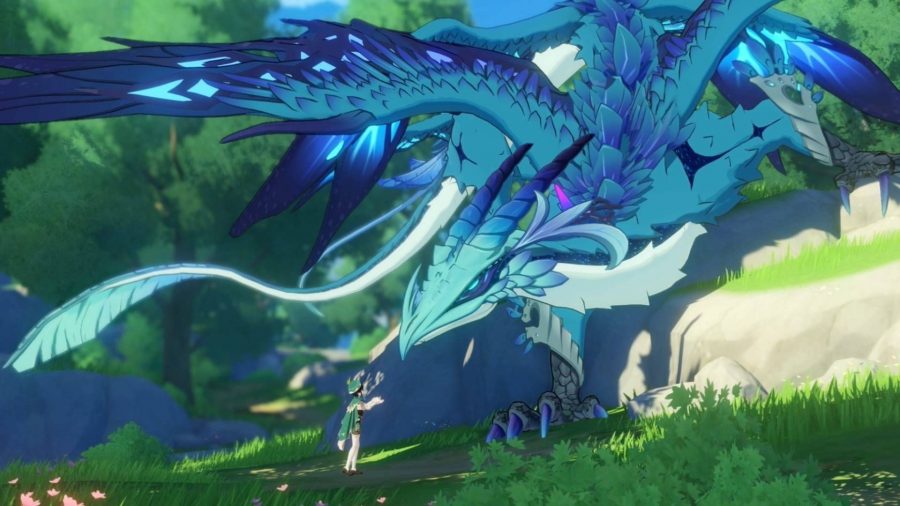 Another game heavily influenced by Breath of the Wild, Genshin Impact has since made its mark as a wonderful game in its own right. It took a while for Genshin to move out of Zelda’s shadow, but it’s clearly done it now.

Giving you numerous characters to have in your party, an open world full of secrets, and lots of seasonal events, Genshin Impact is a game you can play forever. And it’s coming to Switch soon if you’re not up for playing it on your phone. (We’ve got a Genshin Impact Switch release date guide to keep you up to date, too).

That’s that, then. Thousands of hours of open-world magic for you to get lost in. Go on then, get lost! If you do decide to give Genshin a go, check out our Genshin Impact codes list to get some free stuff and get off to a good start.