I’ve been a massive Final Fantasy fangirl since the beginning of time. Whether I talk to you about my first steps through Alexandria in IX or my passion for riding around on a fat Chocobo in XIV, every second I spend in these fantasy worlds is a joy. In the past, many of these titles were limited to home consoles, but now you can pick up some of the best games in the series on Switch and mobile.

And that’s where we come in, with a bit of helpful information on which are the best Final Fantasy games on Switch and mobile. Whether you’re brand new to the series, or have dabbled in the past, we’ll help you choose a whimsical JRPG to spend your hard-earned cash on.

Now, let’s get into our picks for the best Final Fantasy games on Nintendo Switch and mobile. 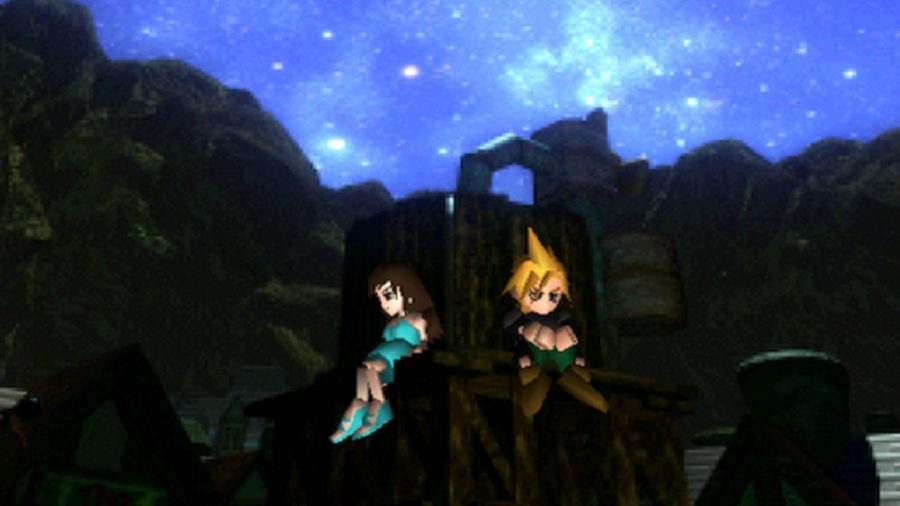 This is my eternal game of the year. I try to replay the original Final Fantasy VII at least once every 12 months, and the Switch version makes that so much easier. If you’ve been living under a rock and don’t know about this masterpiece, FFVII has you play as Cloud, ex-SOLDIER first class, who joins up with a ragtag team of eco-warrior misfits to save the world from certain destruction .

If you love classic turn-based combat, an engaging story, and unforgettable characters, I can’t recommend this game more. The only hurdle that may stop you from enjoying FFVII is the blocky PS1 graphics. However, if you can look past this, you’re bound to have a great time. Check out our FFVII Cloud, FFVII Tifa, and FFVII Aerith guides to learn more about the protagonists. 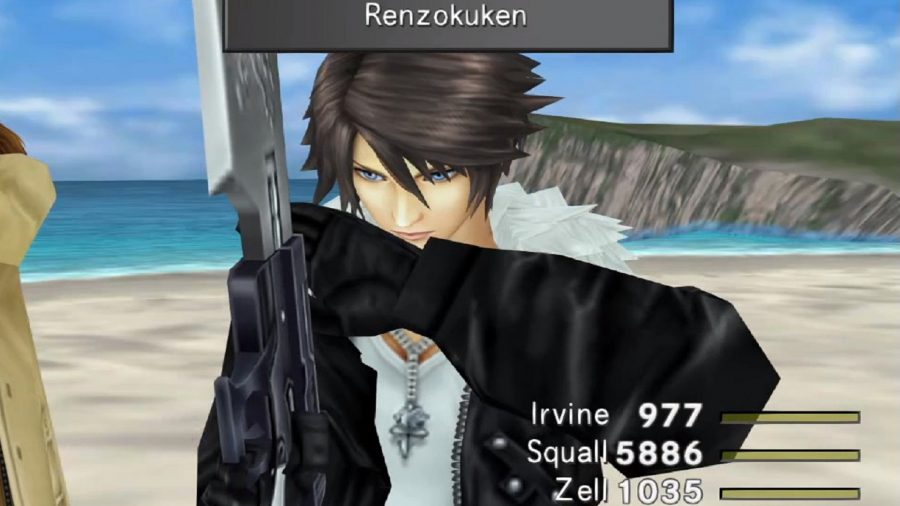 Much like FFVII, I also try to play Final Fantasy VIII once a year. The three-times speed and no encounters upgrades on the Switch and mobile remasters are an absolute godsend and make this amazing game that much better.

In FFVIII, you play as Squall, a handsome mercenary with a tragic backstory who is thrust into a position of authority against his will. The junction system in this game allows you to dramatically customize how your team performs in battle, and it’s very fun to mess around with. 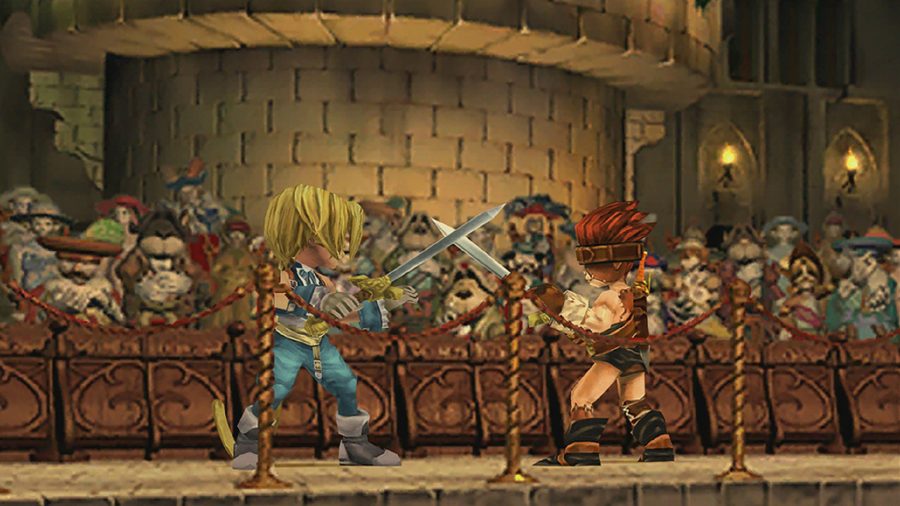 You won’t be surprised to learn that Final Fantasy IX is another game I play yearly. Yes, I’m a little obsessed with this series. FFIX feels a lot more lighthearted in the early hours, but soon gets very deep and hits themes of identity and mortality.

Final Fantasy IX is often overshadowed by other entries in the series, and if you’re yet to try it, it’s well worth a try. You can expect to find lovely characters, an intriguing story, and maybe even to shed a couple of tears. 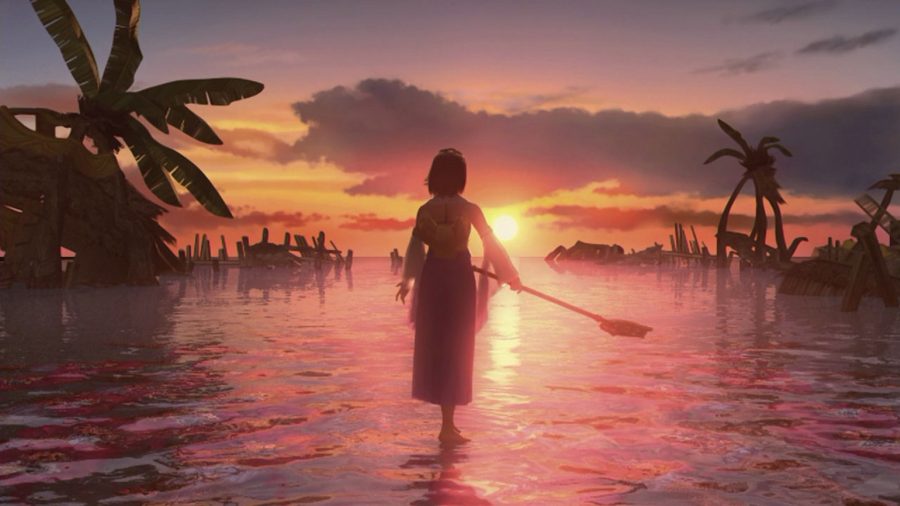 Final Fantasy X is almost guaranteed to make you cry. If you enjoy a good love story, this is the game for you, even if the voice acting can be a little gratifying. If you’re yet to play any Final Fantasy, I highly recommend you start with X, as it has a great battle system, the graphics are easy on the eyes, and the Switch version comes with the highly underappreciated X-2.

And if you’re wondering, yes, I also play FFX once a year. 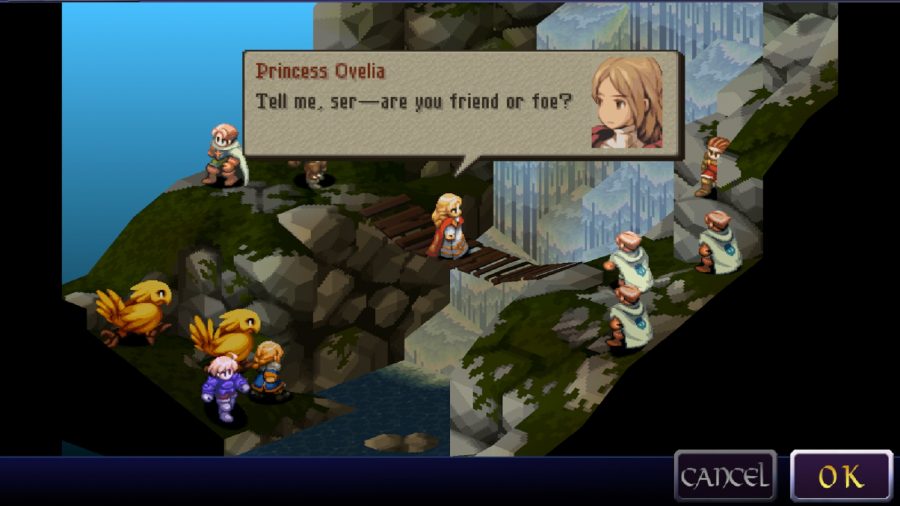 Final Fantasy Tactics: The War of the Lions – mobile

This is slightly different to the previous entries in this list and features grid-based strategy combat rather than turn-based. The art style found in this game is absolutely gorgeous, and is a refreshing take on the series if you’re looking for something slightly different in your Final Fantasy adventure. 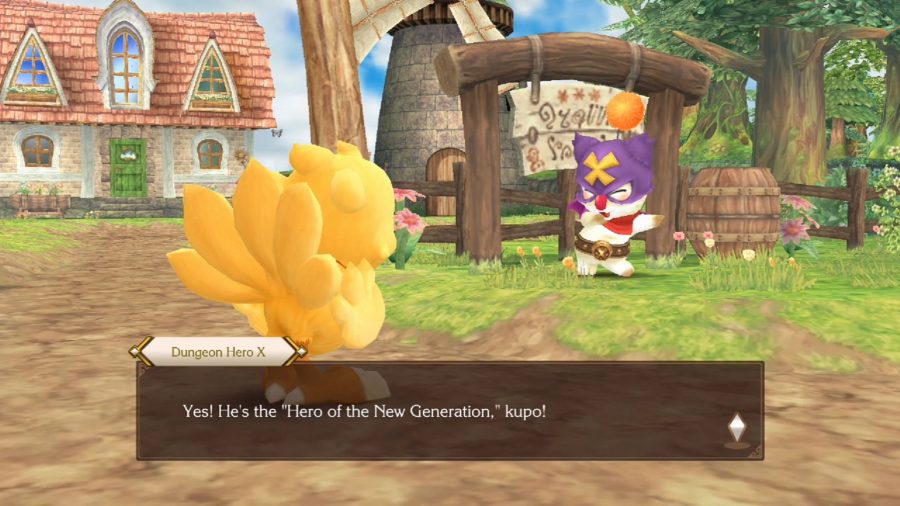 A wonderfully adorable game to play with a friend. Chocobo’s Mystery Dungeon Every Buddy tasks you with exploring endless dungeons, befriending familiar beasts from the series, and just having a generally fun time. A worthwhile purchase if you need a little bit of co-op fun in your life.