Are you looking for the best Cartoon Network games for Switch and mobile? Did you grow up on great cartoons like Courage the Cowardly Dog and Cow & Chicken, or have you got young ones obsessed with Steven Universe and Gumball? Well, the infamous network has birthed a bevy of brilliant franchises, and luckily, a lot of great games.

So, what are the best Cartoon Network games for Switch and mobile? Well, despite the outrageous fact that there isn’t a game based on Courage the Cowardly Dog, the many different franchises from CN have mustered up a wide range of genres over the years. A couple of great action games, some platformers, and plenty more.

There are also games covering some of the lesser-known franchises like the amazing Samurai Jack, Benjamin Tenjamin, and a few more. It’s a good time to be a fan of cartoons, as they’re only getting more popular, with some pretty bloody brilliant games to match. So, we won’t keep you any longer. Hop on down below to find our list of the best Cartoon Network games for Nintendo Switch and mobile.

Here’s our guide to the best Cartoon Network games for Switch and mobile. 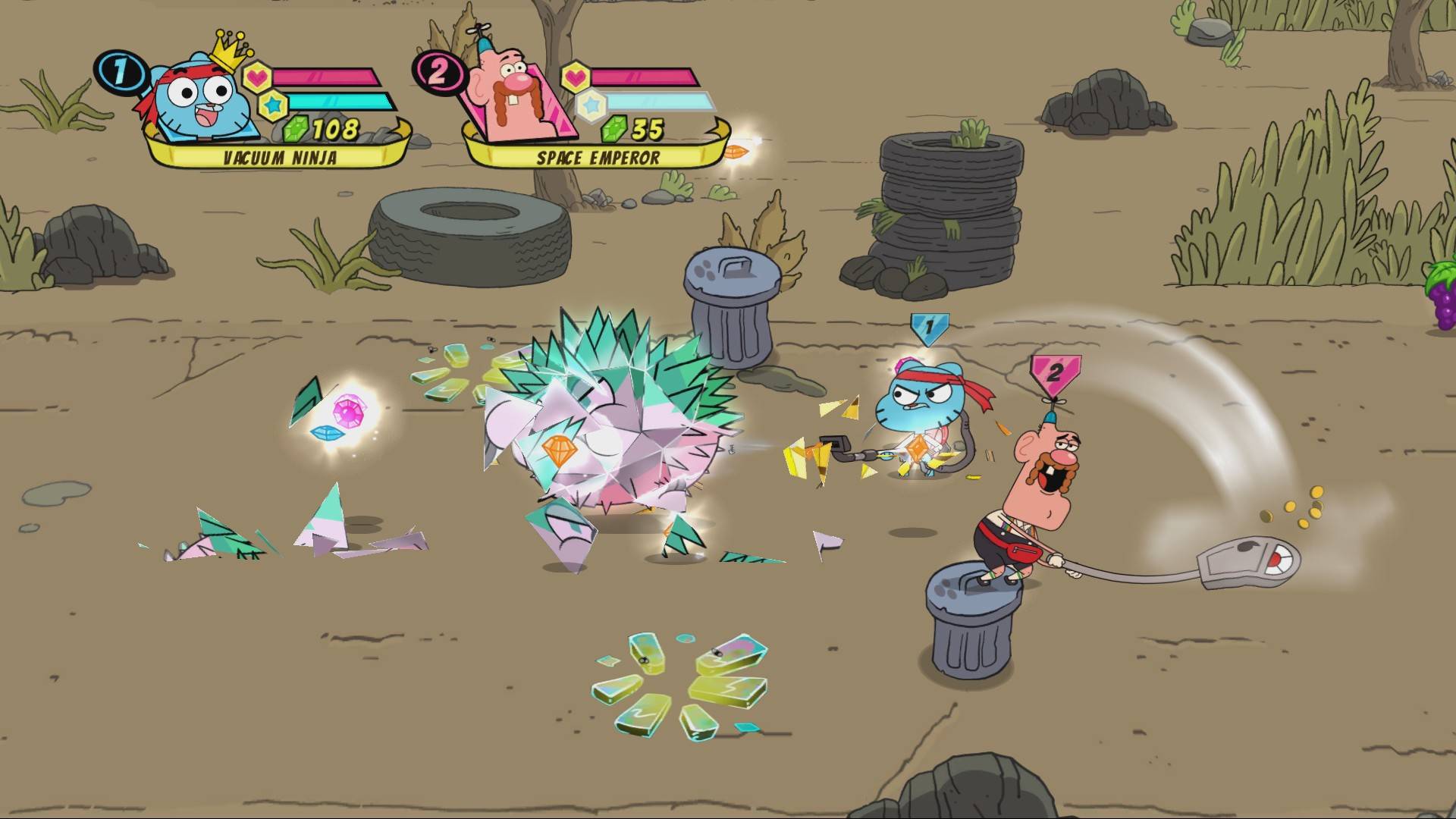 A sidescrolling beat-em-up inspired by the likes of Streets of Rage, Cartoon Network: Battle Crashers throws together characters from several different shows, such as Steven Universe, Adventure Time, Regular Show, and more. Swap between the characters from these shows, beat the snot out of foes, and do your best to work through levels based on the many areas from every hit show. This one can be a little shallow, so is better for younger audiences, but there’s a lot of great stuff to be found. 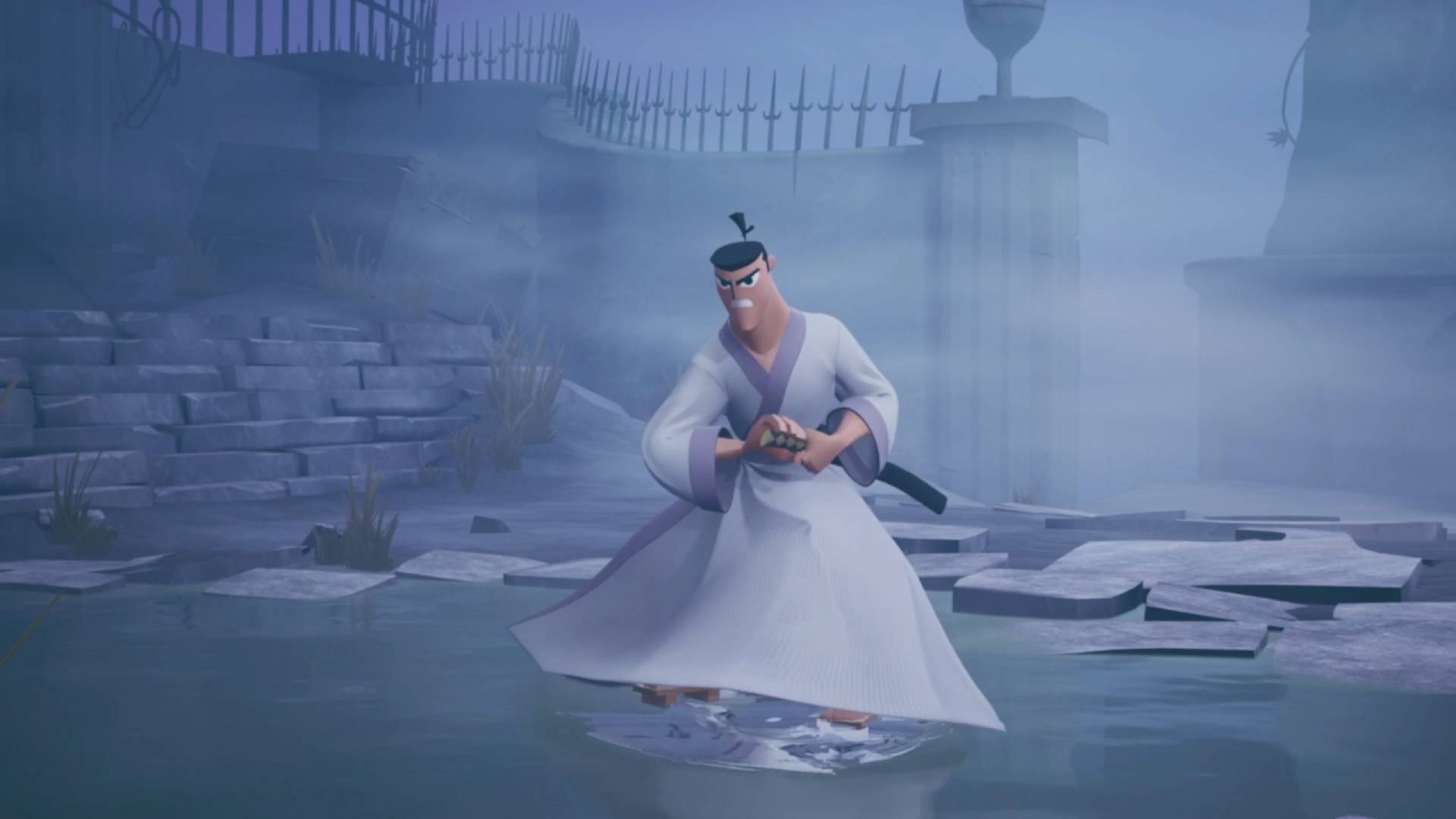 An action platformer with tight controls and great combat, Samurai Jack: Battle Through Time sends the eponymous Jack back through time for one final mission. The evil wizard Aku isn’t done with Jack just yet, flinging him far into the past, and making Jack relive his most memorable battles all over again. The game interweves it’s great chunky 3D animation with clips from the show, and is a lovely way for longtime fans to experience the best parts of the iconic franchise all over again. There are still a lot of fun twists waiting though, don’t worry! 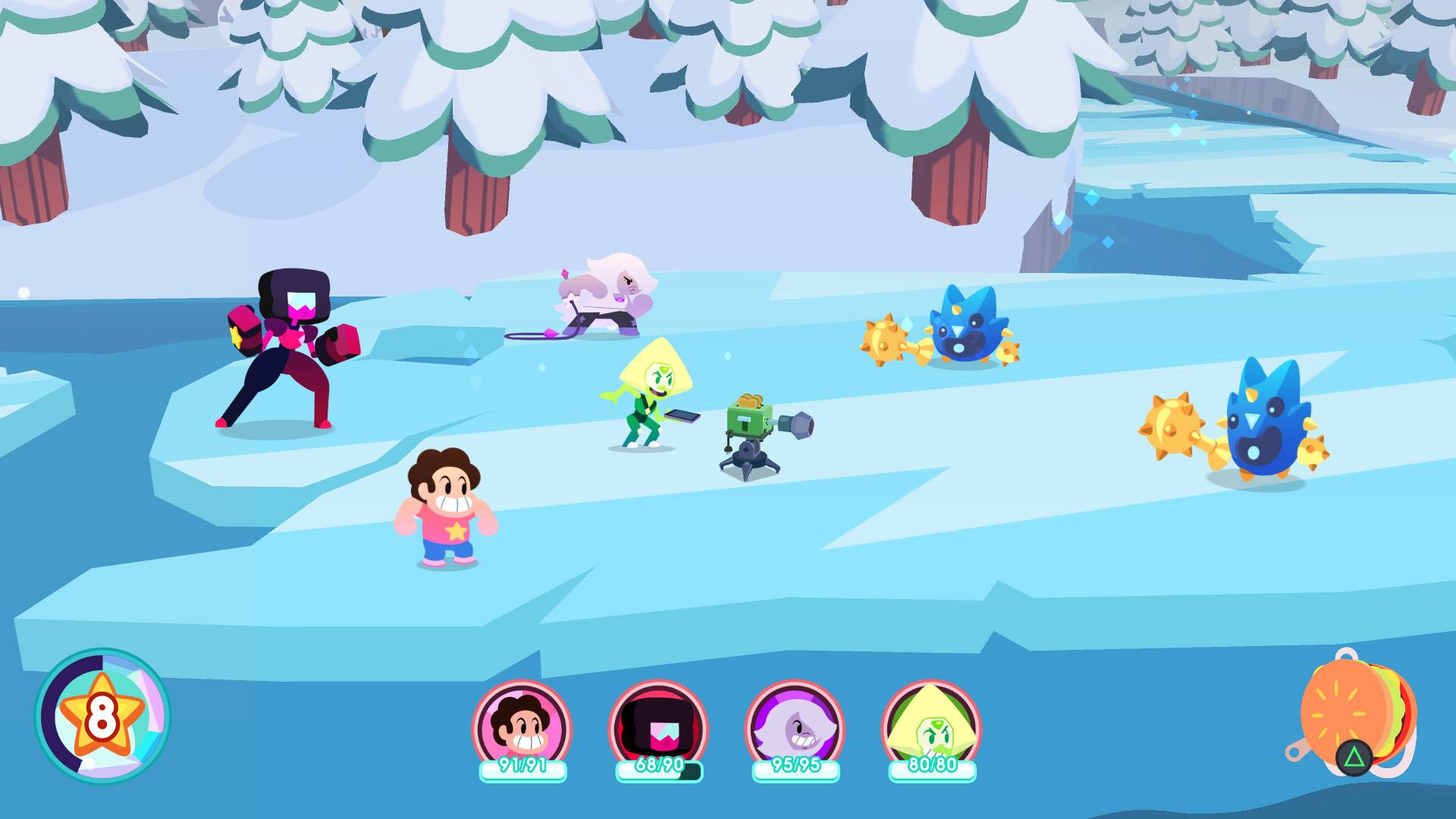 Steven Universe always felt like a great pick for a video game, with the sugar-coated world often mixed with dark humour, all to further some preposterous stories. Steven Universe: Save The Light brings back all the characters you love (and their voice actors), and lets you go on an adventure to stop an invading gem, determined to take over Earth. It’s great fun interacting with every character, and even exploring the town. Even characters like Lion and Onion get something to do here, and this game is clearly made by people who really love the show. A light-hearted action game perfect for any Steven Universe fan you know. 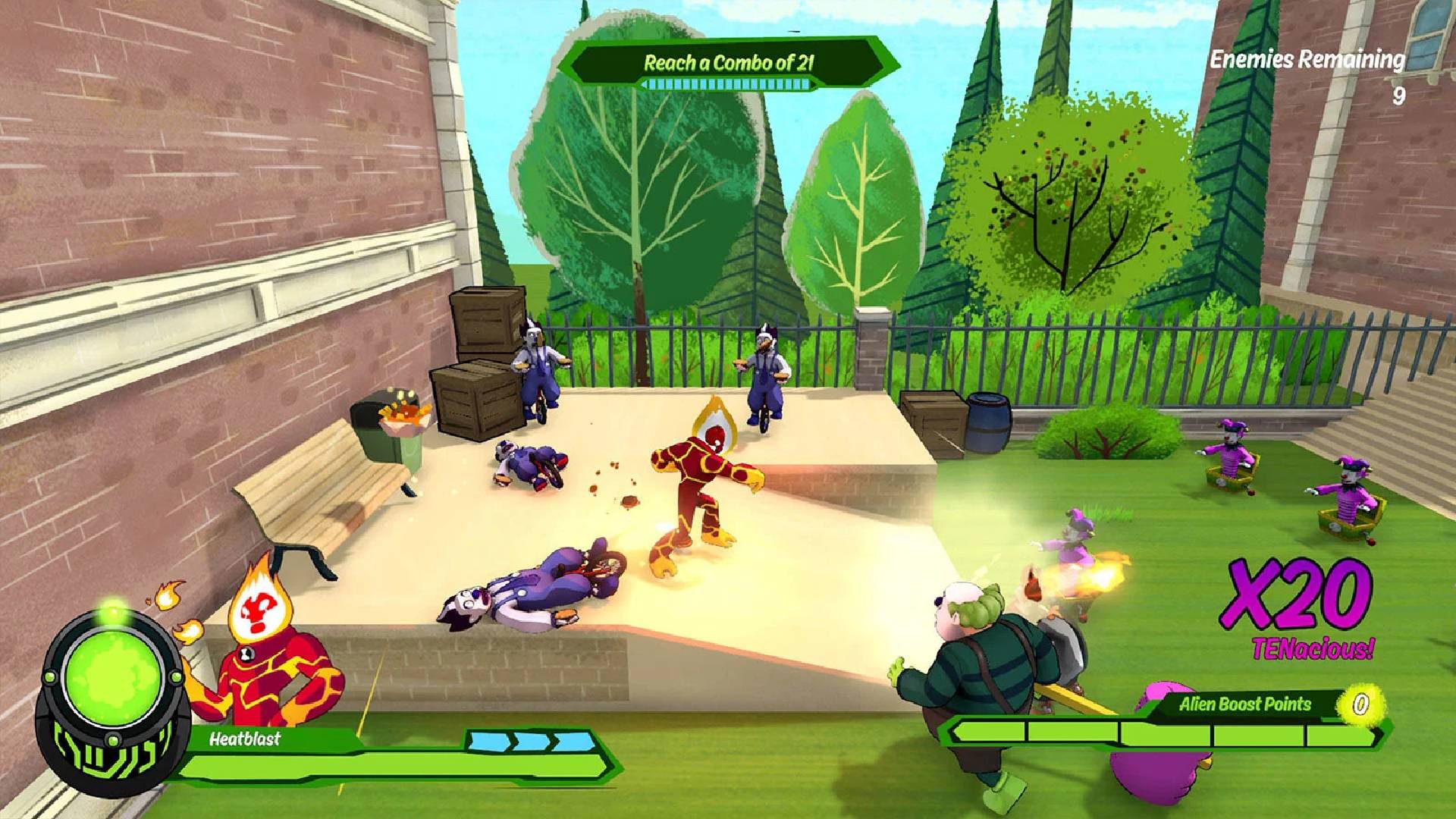 Another franchise absolutely ripe for a videogame, Ben 10 features a young lad who can transform into ten different alien creatures (though it’s way more than ten really, isn’t it) and must stop the evil Hex. Ben 10: Power Trip kicks off when Ben and his pals are off on a road trip across Europe, only for villains to be unleashed on the world. An open-world action-adventure game, Power Trip features a large open map where you must use each alien’s abilities to solve the many problems littered across the world. Featuring some fun callbacks to the show and better dialogue than you might assume, we’d give this a Ben 7 out of 10. 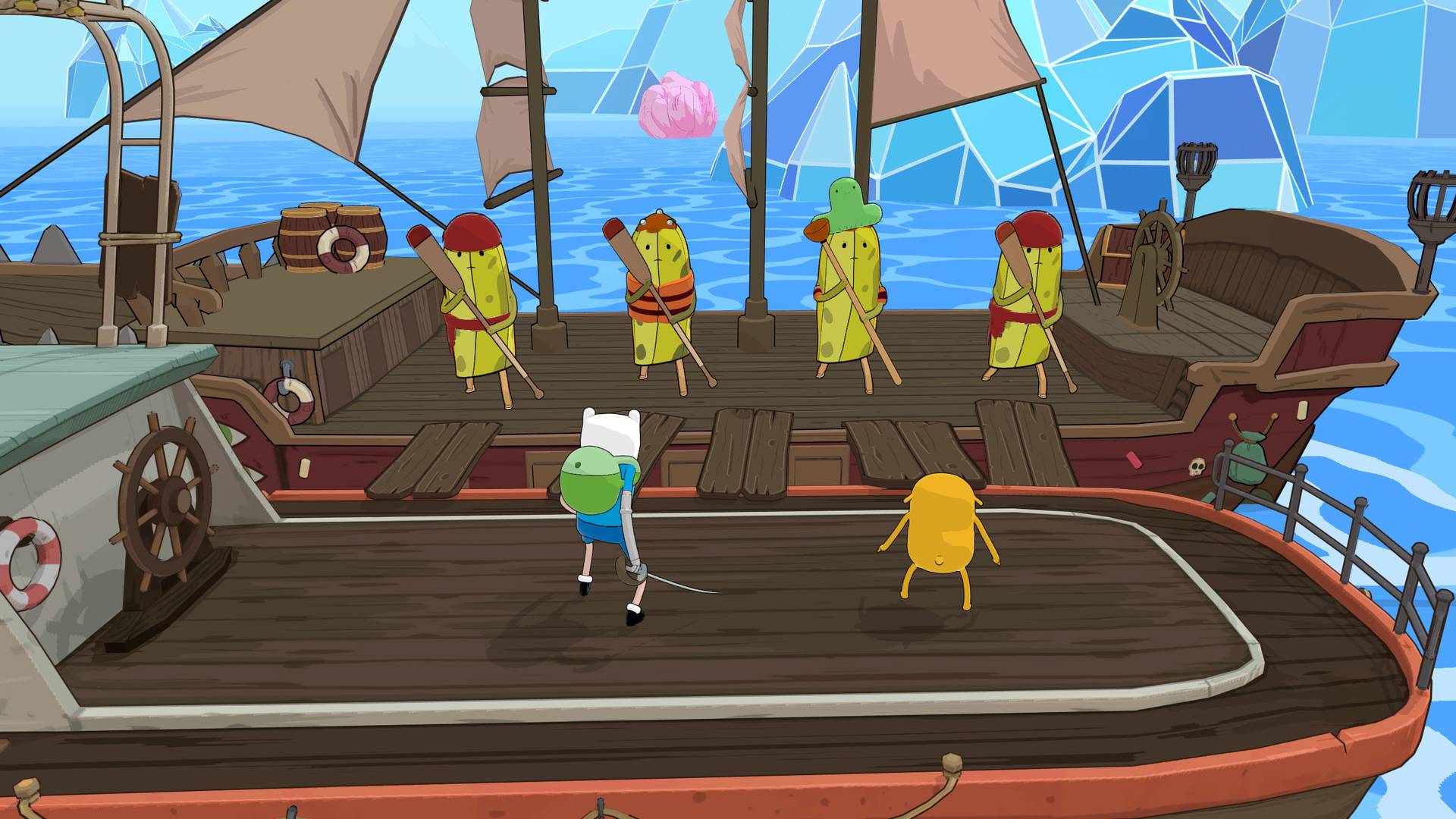 In a very fitting match up, Adventure Time: Pirates of the Enchiridion is an… Adventure game. When Finn and Jake wake up to find their world is completely flooded, they stumble across a nearby pirate ship and set off on a seafaring trip to save the world. You find different islands to explore, enjoy some great vocal performances from the beloved characters, and even a few fairly funny video game parodies. There’s a good 10-15 hours of adventuring to be had here, and while it’s not the deepest in terms of mechanics, it’s a breezy ride with a few funny friends that we heartily recommend. 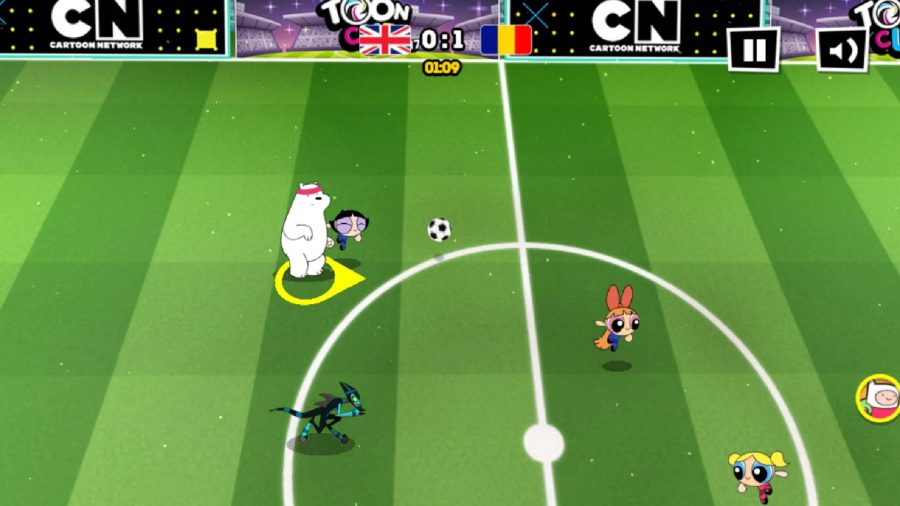 If you’ve ever wanted to watch Mojo Jojo, Robin, Ben 10, and a sentient Apple all have a kickabout, well then your dream has come true. Toon Cup mashes together quite a few of the most iconic Cartoon Network franchises and creates a lively and colorful football game around them. This is another one definitely aimed at kids, but the different attendees all bring some interesting flair to the main football mechanics, and the flashy animation only helps to bring things further to life. Download it now on the iOS app storeor the Google Play store.

That’s it for now, we hope you found something great to play with our guide to the best Cartoon Network games for Nintendo Switch and mobile. For even more glorious gaming goodness, be sure to hop on over to our gigantic guide to the very best Switch games next.