When delving into the bountiful lore of Honkai Star Rail, trash cans are the last place you’d think to look. But since the new beta launched, fans have made some truly intriguing discoveries in the depths of these deceptively alluring receptacles, all of which add a new meaning to the phrase ‘one man’s trash is another man’s treasure’.

So, where did this all begin? Well, when exploring a new world, I’m sure we’re all guilty of poking our noses around anything that has that telltale sparkle informing us that it can be interacted with. And beyond the treasure chests, boxes of goodies, and mailboxes that you can sniff around, Honkai Star Rail’s trash cans also lure you in with this shiny prompt.

Despite the second beta only going live yesterday, several players (ourselves included) couldn’t help investigating the soft, tender, smooth, unconstrained, and tactile surface of these illustrious, shining cans, and we soon found ourselves pulled into the enthralling tale of the elusive Garbage King.

What do we know about the Honkai Star Rail trash cans?

As seen in the video below from Roonco SP on Youtube, after sniffing around the Honkai Star Rail trash can a couple of times, things get weird fast. Even if we overlook the bizarrely seductive allure of the ‘world’s most beautiful garbage can’, there are still plenty of questions swirling around our minds. 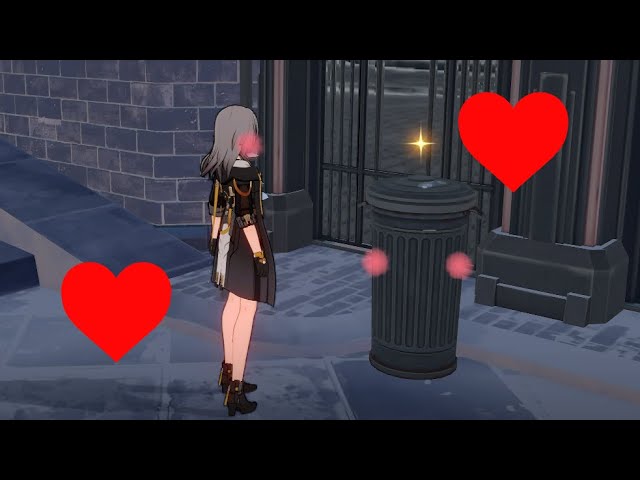 Who is Tatalov? What is Belobog Sausage? Who was that mysterious letter intended for? And, above all, who is the mysterious Honkai Star Rail Garbage King? With his firm assertion that we crossed the line by sniffing around his cans, part of me hopes we never find out.

However, the truth, like the sweet, alluring, golden glow of a trash can, is hard to resist. After all, if you want to know a city, just take a peek through its garbage – and at least you can dig out some credits while you’re down there.