There are many Sonic games out there. Ever since the speedy blue hedgehog made his debut in the 1990s, he’s been one of the most famous faces in videogames, and thankfully, plenty of Sonic’s adventures are available on the vast majority of platforms. If you’re a 90s kid, I’ve no doubt you got to play some of his best journeys yet, and if not, please rectify that immediately.

In fact, I’m so keen that you get to experience some of the best Sonic games on Switch and mobile, that I went on a journey of my own, out past the green hill zone, past the mystic cave zone, beyond the studiopolis zone, and deep into the casino night zone just to find these amazing games for you.

If you don’t want to spend time with Sonic (how dare you), that’s fine, just head over to our lists of the best Mario games, Disney games, and Lego games if you’re after some other light-hearted fun. Or, if you like the dark and gritty things in life, take up arms and try to survive the night with our picks for the best Resident Evil games, survival games, and zombies games – or you could just grab a pint and wait for all this to blow over, your choice.

Now, it’s time to kick back, relax, grab a chilli dog, and work your way through the best Sonic games on Switch and mobile. 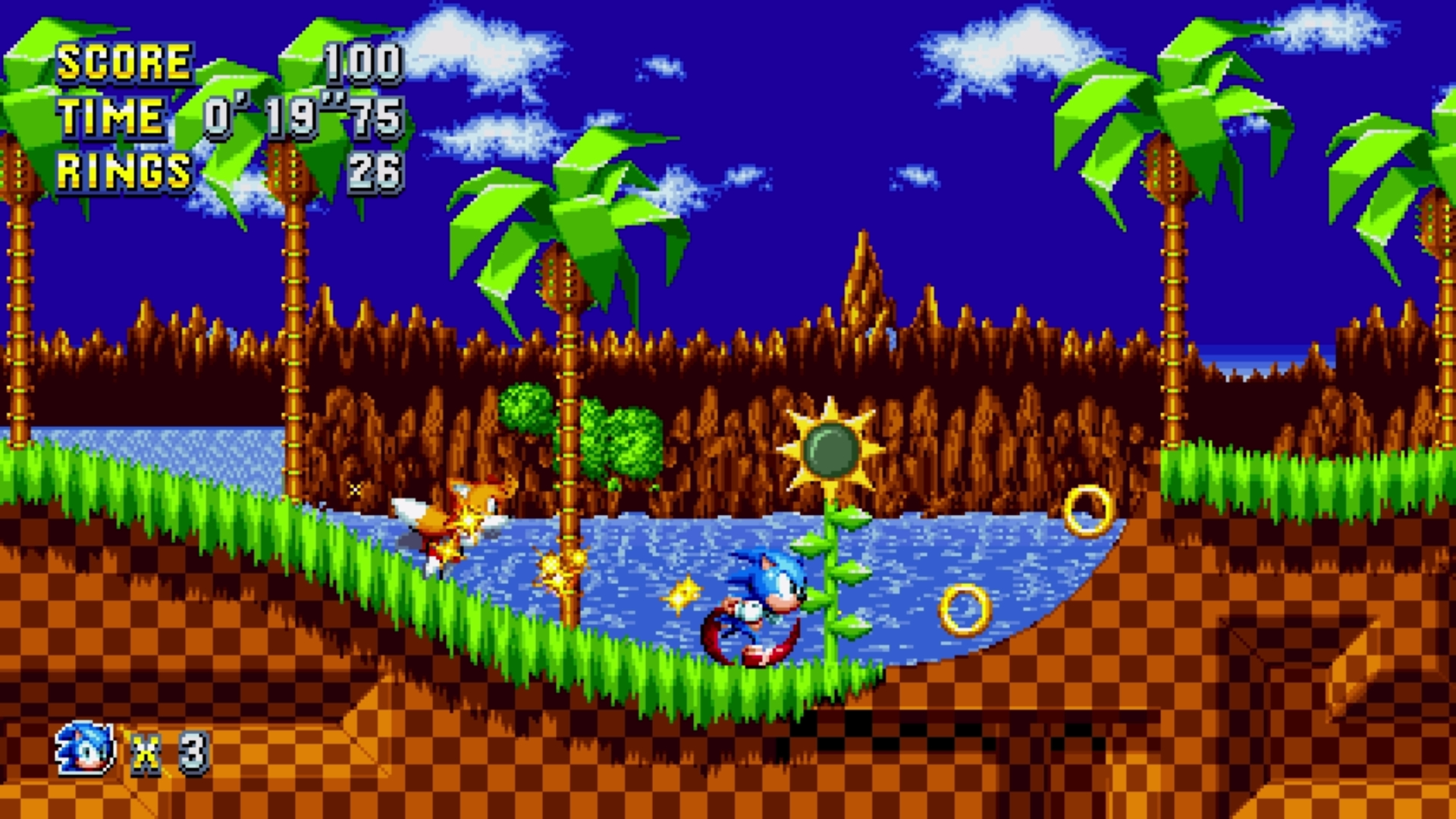 This game is an absolute must-play for any Sonic fan, as it brings the franchise’s past and future together perfectly for some splendid platforming action. As the game is a commemoration of Sonic’s 25th anniversary – my, how the hog has grown, where have the years gone? – you get to revisit some levels from Sonic’s past, as well as new ones, but this time, you don’t have to play as the titular character, as Tails and Knuckles are keen to get in on the action too.

Better still, each character has unique abilities. For example, Sonic can perform a drop dash, Tails can fly and swim, while Knuckles is able to glide and climb walls. Honestly, this game is a great time, and we enjoy it so much that it left us no choice but to include it on our best Switch platformers list, which we suggest you check out for more great games like Sonic Mania Plus. 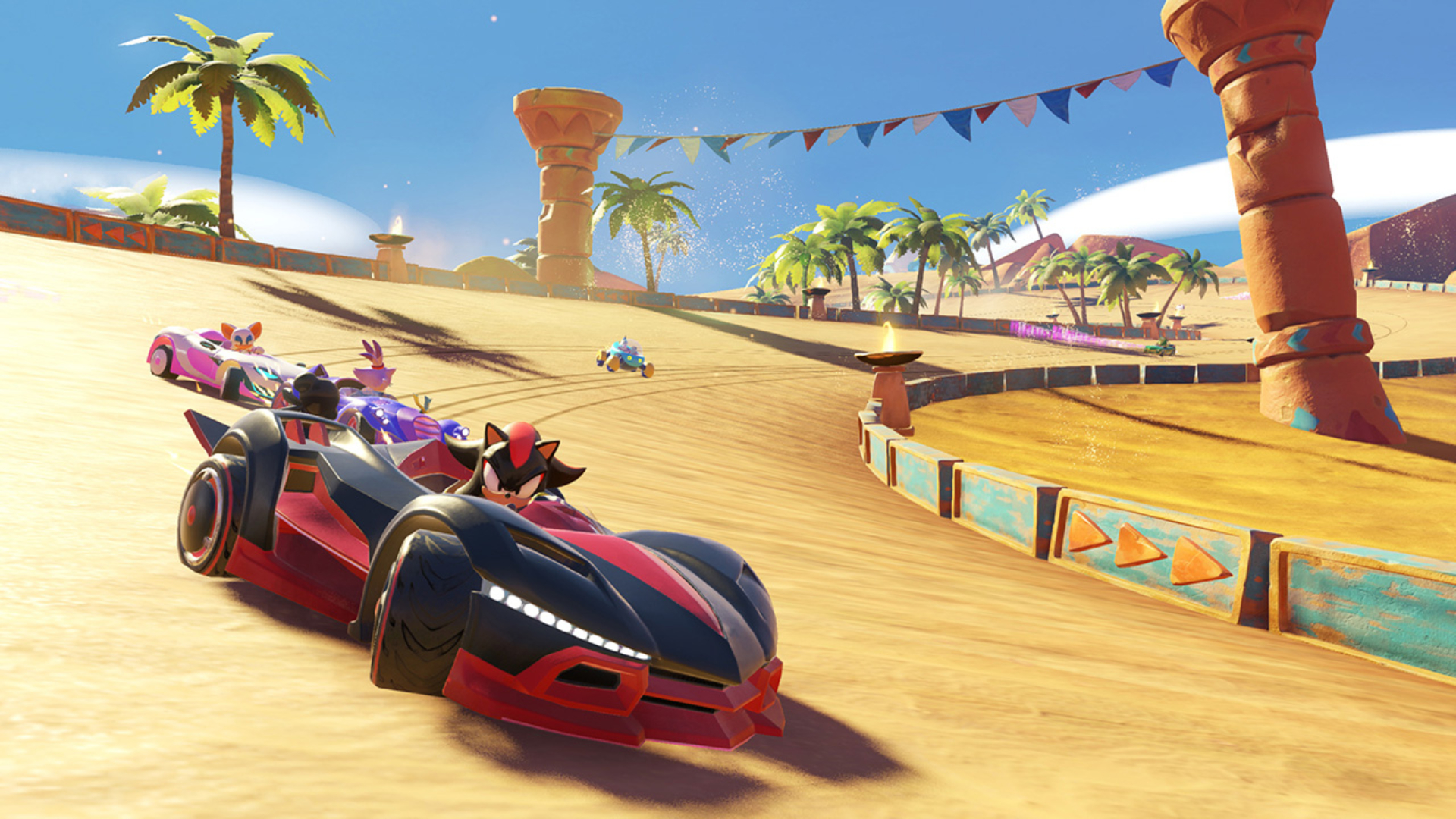 Move over, Mario. There’s a better kart racer in town – yes, I said what I said. Team Sonic Racing is a surprisingly solid entry in the genre, and is a treat for anyone that’s a fan of Sega’s mascot. As with any kart racing spin-off, the game features tracks that are in popular locations from the franchise, many power-ups to give you a leg up in the race, and the ability to perform tricks and boosts.

Overall, there are 15 racers to choose from, including fan-favourites such as Sonic, Tails, Shadow, Knuckles, Amy, Big the Cat, Silver, Blaze, and more, each of which falls under a different racing class that provides varying advantages on the track. Team Sonic Racing is the perfect game to play with friends, but it also has a single-player mode for those that prefer to fly solo.

If you like to live life in the fast lane and want more games like this, pull over to lists of the best Switch racing games and best racing games on mobile. 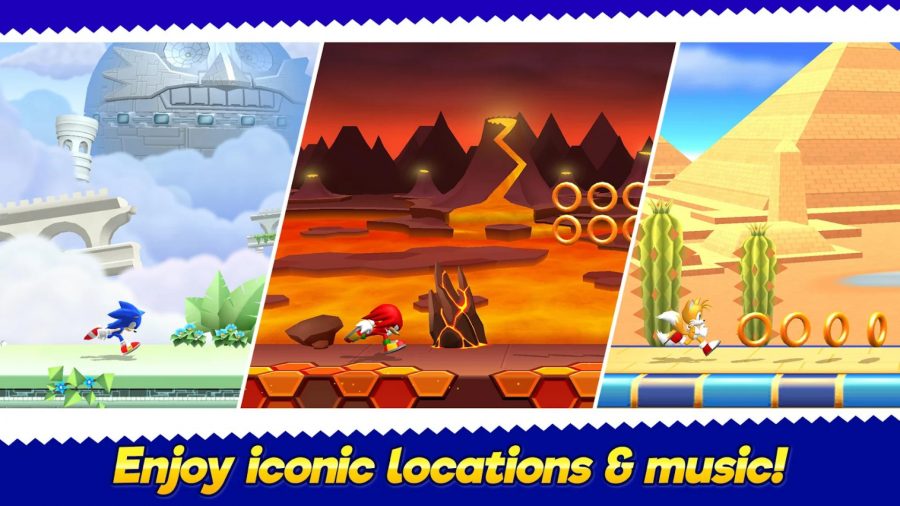 Sonic the Hedgehog and endless runners sound like they go hand in hand, right? That’s because they do, and Sonic Runners Adventure Game is proof of that. Without a shadow of a doubt, this is one of the best Sonic games on mobile. When it comes to gameplay, this runner has side-scrolling action, just like in the original games. As you dash through the levels, which you’re bound to recognise, you collect rings and avoid obstacles.

Like many of Sonic’s mobile outings, you don’t have to use him if you don’t want to, as you can unlock other characters such as Shadow, the Hedgehog, Knuckles, Tails, and more. As ever, each hero has their own unique skills that can help you traverse the environment. 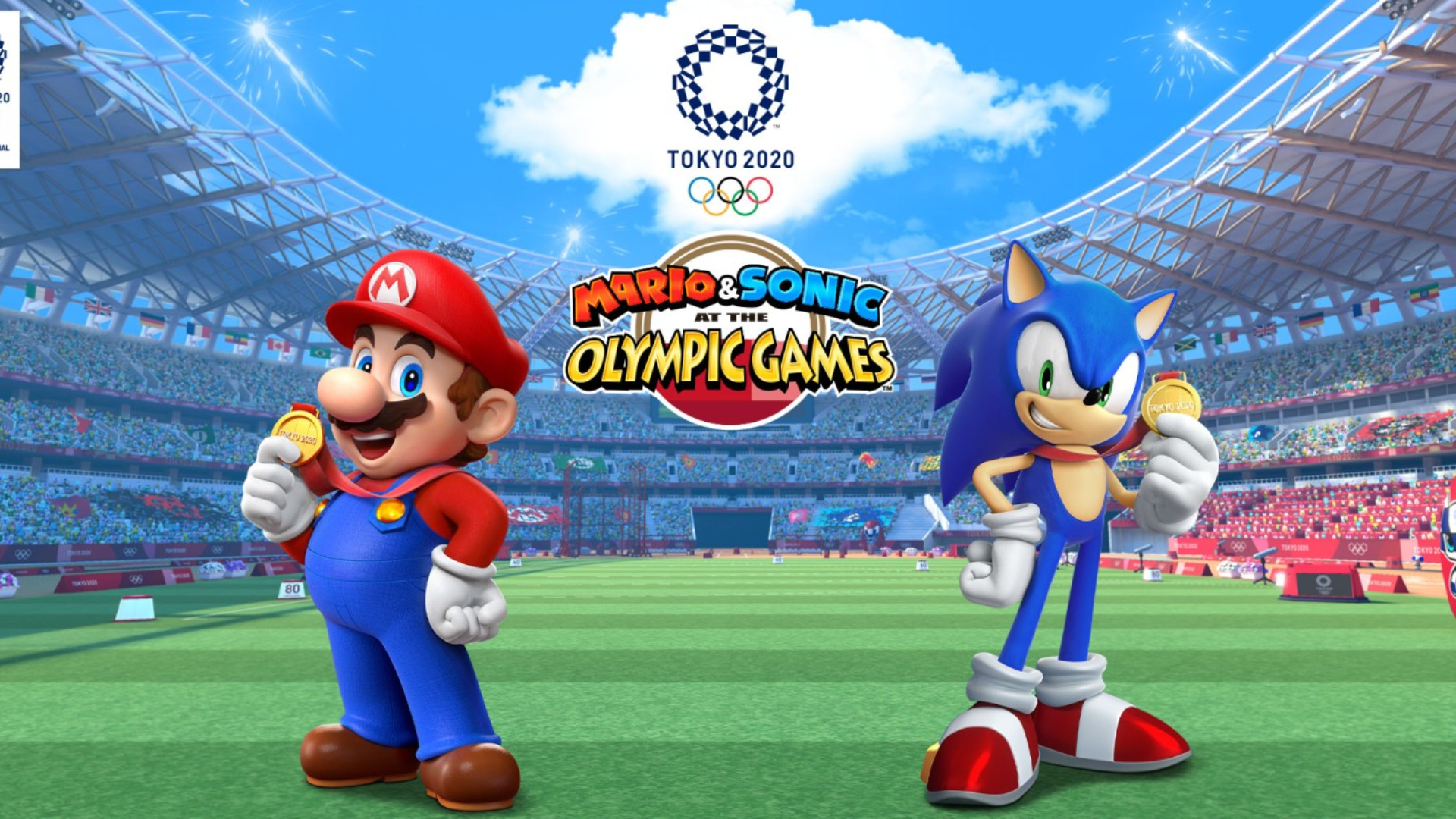 The Mario and Sonic Olympic games are fantastic, and the Tokyo 2020 version is no different. We can all agree that one of the most appealing things about this series is that it combines two legendary franchises, tying them together with one perfect competitive bow.

The Tokyo edition features many sports from previous entries, such as football, boxing, swimming, athletics, and gymnastics, while also introducing new activities such as karate, sport climbing, surfing, and skateboarding. It’s the perfect game if you want to be on your feet and fully experience what the Switch motion controls are capable of. So, what are you waiting for? Get out there and go for gold, and if you don’t get first place, don’t come back. We haven’t got time for second best. 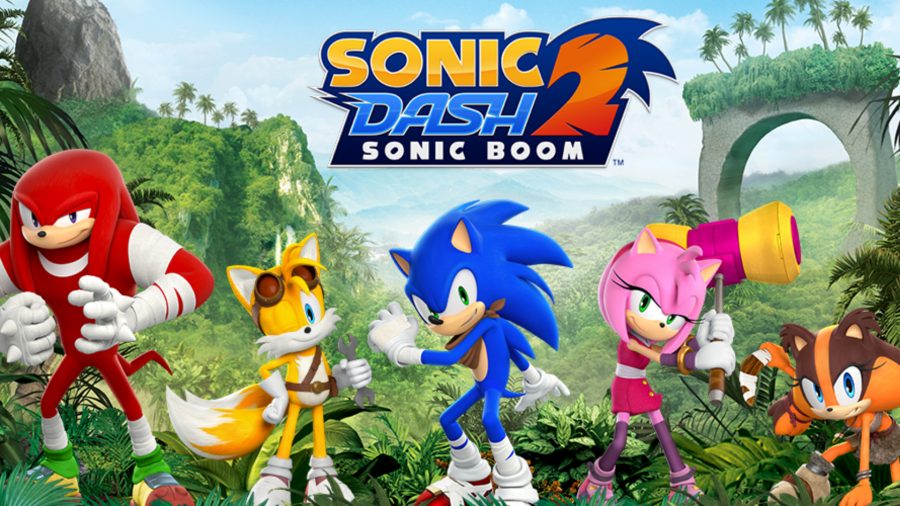 Oh, would you look at that, another Sonic endless runner on mobile – I did say the two go together like chilli and hot dogs. As the name suggests, this game takes inspiration from the TV show Sonic Boom, which means you not only get to play as Sonic, Tails, Knuckles, and Amy, but Sticks too.

Sonic Dash 2 is full of beautiful levels. Some take place in luscious jungles, others take you to the city, and you even get to run through the desert. Furthermore, not only are there new obstacles for you to conquer, but there are also new special powers that allow you to beat the odds. 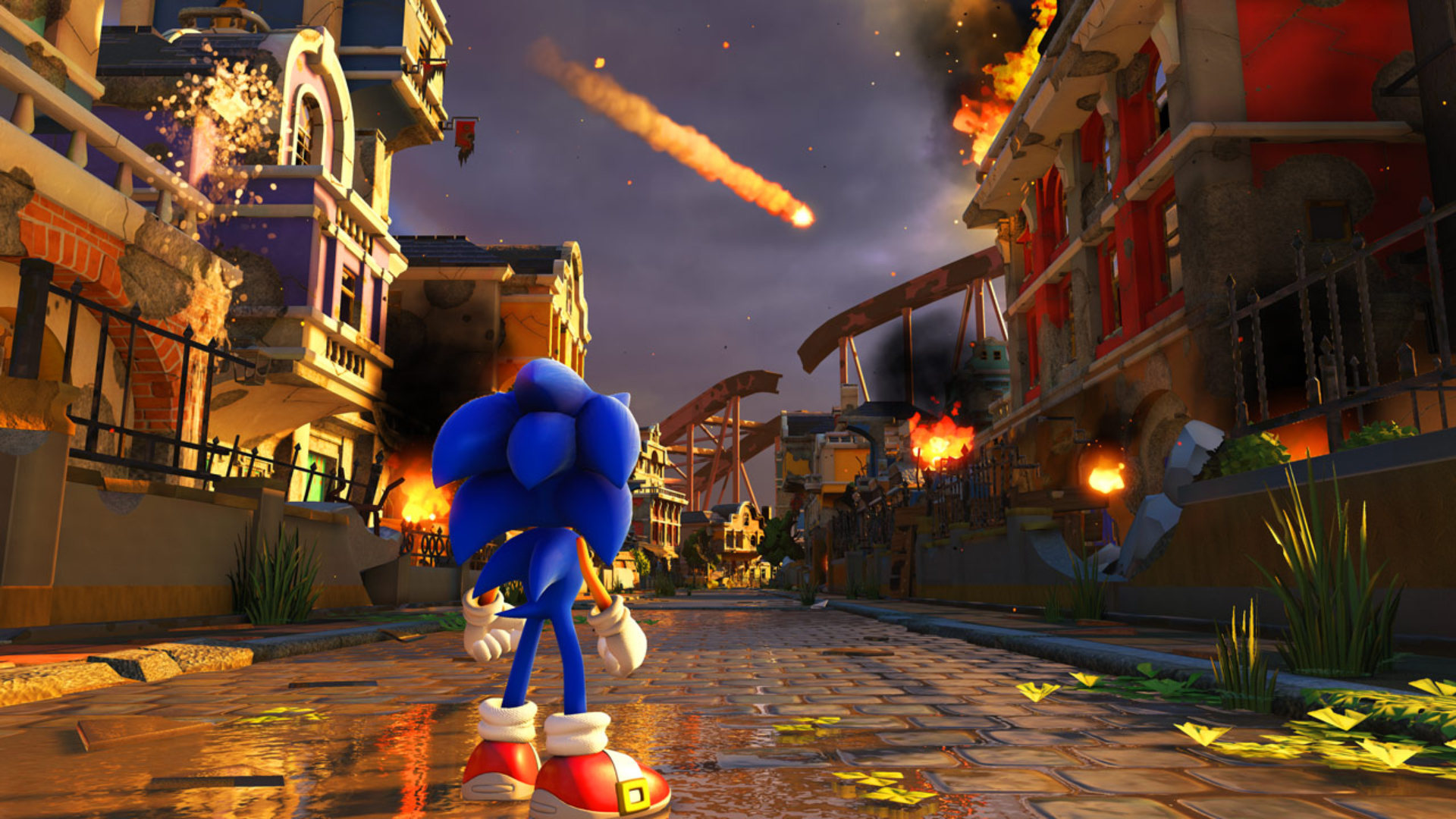 Do you ever imagine yourself in Sonic’s world, perhaps as the next Tails, Knuckles, or any of his useful friends? Well, Sonic Forces allows you to make that dream a reality as you can finally create your own character and let them save the day for a change. However, if you really want to play as the ring-loving hedgehog, you can, as both the classic and modern game modes put you in his shoes.

That’s another thing that makes Sonic Forces worth your while, as the classic style has side-scrolling gameplay, while the modern option takes a 3D approach – it’s Sonic’s roots and present coming together in yet another story that sees the famed hedgehog join a resistance in an attempt to stop Doctor Eggman. 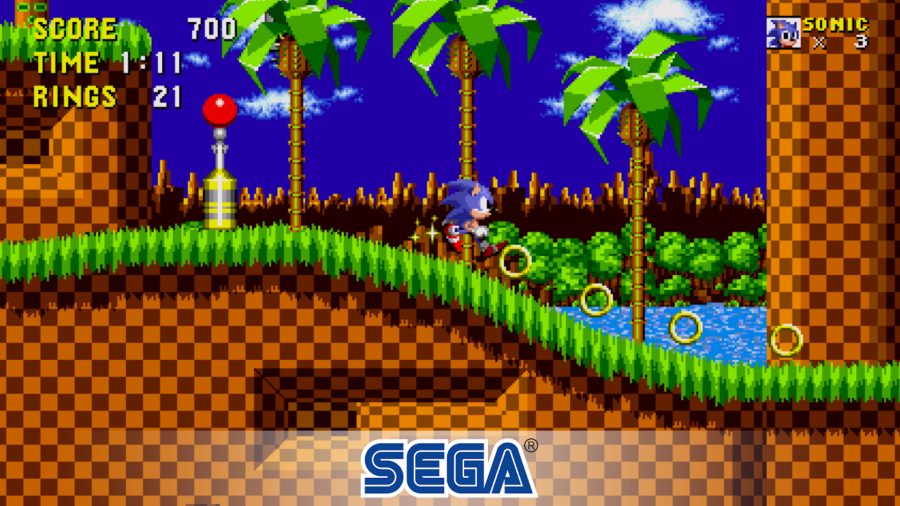 There’s no way I could write this list and not give a nod to the one that started it all, and thankfully, the mobile version of the Sonic the Hedgehog game is a great adaptation, and it fills you with that lovely wave of nostalgia. Honestly, even after all these years, there’s nothing quite like the OG Sonic the Hedgehog game.

Going back to classic areas such as the green hill zone, labyrinth zone, special zone, and scrap brain zone – honestly, I feel like my brain belongs here sometimes – is joyful, and the platforming action is still a treat.

There you have it, some of the best Sonic games on Switch and mobile. Now go forth, speed along and collect some rings. Or, if you don’t want to be active, our list of the best games like Stardew Valley has plenty of titles to help you chill.