If you like casual shooters, details on the Golden Bros early access are bound to excite you, and fortunately, you don’t have long to wait, as the game hits mobile devices later this month. However, if you want to take part, make sure you don’t hesitate, as early access is only available for four weeks.

Of course, there are some incentives to take part in the Golden Bros early access, besides the obvious – kick butt, take names, and assert your dominance – as you can get early access exclusive points if you equip costumes that you acquire during pre-sales, which in turn gives you unlimited durability, you can enjoy as many battles as you like. Furthermore, if you take part, and reach a certain league, you can get Jennifer’s classic grade costume.

The aforementioned pre-sales go live between April 25 and April 27, and they allow you to grab a range of goodies that can help you when the Golden Bros release date arrives. For example, the available mystery boxes contain limited edition costumes and cards – so you can look fabulous while you stack the deck against your opponent.

Golden Bros early access kicks off on April 28, and runs for four weeks. To stay up to date with news, and gets access to pre-sale goodies, head to the official Golden Bros website. 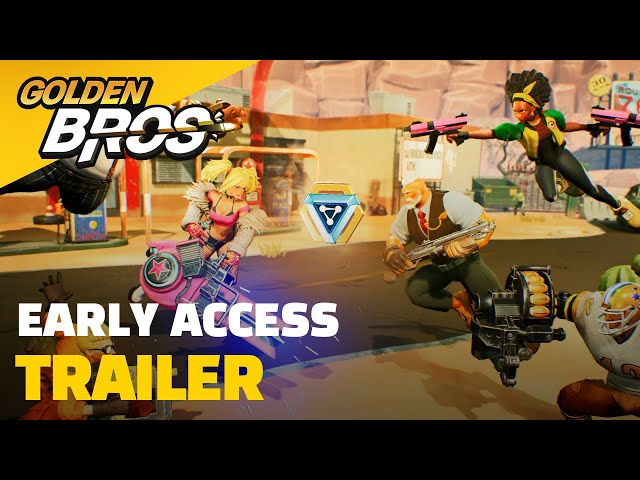 If you need something to keep you busy in the meantime, you should lock and load with our picks for the best mobile shooters.