Sans the skeleton is one of the hit characters from Undertale, having made the leap from indie icon to regularly recognized pop-culture figure, but there’s still so much we don’t know about the hollow-eyed huckster. Whether you’re stuck trying to beat the infamous Sans boss fight, or just trying to figure out how old his old bones are exactly, there are more than a few lingering questions when it comes to the skeleton in the blue hood.

Fortunately, with our Without Undertale character guide, we’ve got all the concrete information you need to put the pieces together and work out why Sans is so important to the core narrative in Toby Fox’s idiosyncratic RPG. We’ve also got a solid guide for taking down the Sans fight that comes at the end of the genocide run, commonly thought of as one of the hardest battles in the entire game.

For more in-depth character guides from Undertale, be sure to check out Undertale’s Frisk, Undertale’s Flowey, and Undertale’s Toriel. Or, if you’re trying to get your head around Delatune, Undertale’s pseudo-sequel, why not browse through our long list of Delatarune characters.

Who is Sans in Undertale?

Besides being Papyrus’ brother, which if you’ve played Undertale, you know is a job entirely in itself, Sans is one of the primary supporting characters in the narrative, and potentially one of the most well known. Despite this, there’s still so much mystery surrounding the fan favourite.

What we do know is that Sans is very different from his brother in terms of personality. This skeleton is laid back with a capital L, for the most part at least, following the protagonist around, dropping witty jokes, and not having any real impact until right at the end of the game. 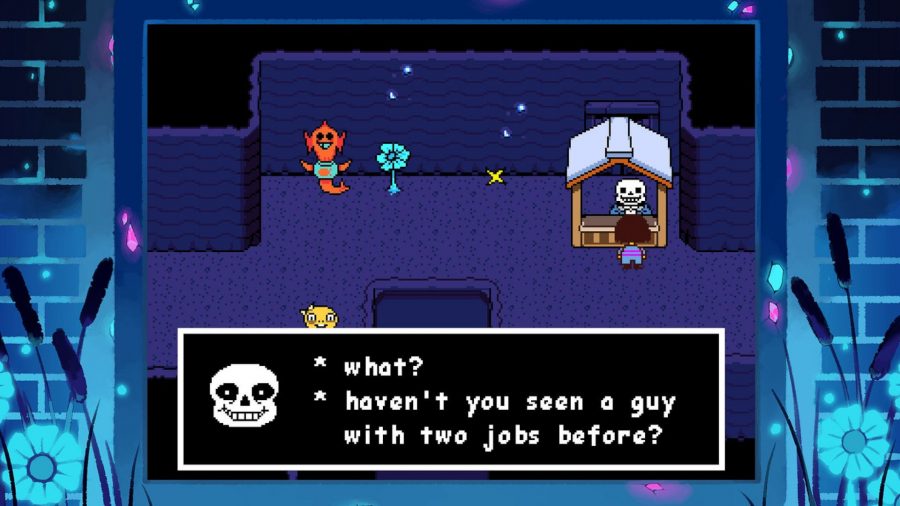 You first meet Sans in Snowdin Forest, where he appears to be just another one of Undertale’s kooky background characters. What we later find out is that Sans is the informal protectorate of any human who finds their way into the underground, having been asked to watch over humans by Toriel.

Due to Sans’ working for Toriel to protect the protagonist, the skeleton comes into the forefront of the story the closer you are to the end. If you’re on either the neutral route, or the pacifist route, then Sans will ultimately help you defeat the real evil in the underground, but if you’re on the genocide route, then it’s Sans himself you need to face to beat the game.

How do I beat Sans’ Undertale boss fight?

Serving as the final boss of the genocide route, Sans’ Undertale boss battle is one of the most difficult elements of the entire game. With platforming sections, unforgiving attacks, and a first-turn move that catches many off guard – due to the fact in every other battle, the protagonist acts first – it’s not hard to see why. 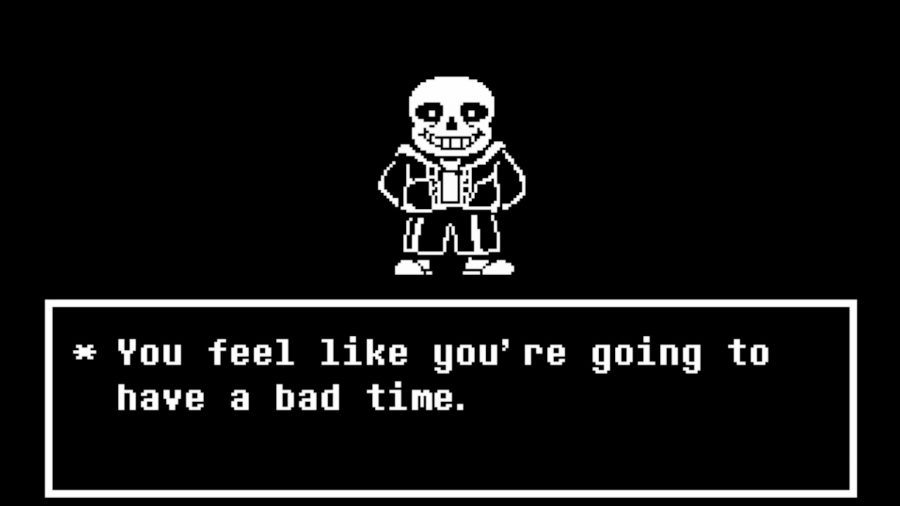 One of the most important things to know ahead of the Sans battle is that at a certain stage of the fight, Sans will offer the player mercy. Do not accept this offer. Unsurprisingly, the prankster Sans’ offer is a fake one, and failing to notice this will result in the only game over screen in the game (though fortunately, you can get around this with the save button).

Instead, at the point in the battle where Sans offers mercy, you should use this time to heal up for the gauntlet ahead. From this point onwards, Sans uses his array of attacks spontaneously and often overlapping with each other, so, unfortunately, there’s no sure-fire method for overcoming the battle. It’s just a case of learning the moves best you can and dodging them as frequently as possible.

How old is Sans in Undertale?

Like many other Undertale characters, Sans’ age is really up to individual player interpretation. Some have sans as young as his early 20s, while others assume that the skeletal character is at least 100 years old, but without a definite timeline, and with no skin on Sans to age his complexion, it’s impossible to know for sure.

Can I get a Sans Undertale plush?

What’s that? You want a plush version of this intimidating skeleton? Of course, why wouldn’t you! We’ve got you covered, as ever, having checked out all the corners of the internet for some Sans-tastic merch. See the adorable Sans plush below, fit with his classic blue hood, or head over to Fangamer (or here if you’re in Europe) to find more Sans stuff among a larger library of Undertale items.

With that, you should be ready to take on Sans’ Undertale boss fight, or patiently wait on your own skeletal friend to arrive in the post. For more titles like Toby Fox’s iconic indie RPG, while we wait for Deltarune chapter 3, be sure to check out our picks for the best games like Undertale on Switch and mobile.