Solaire means solar in English. It comes from the word solaris in Latin, which also basically means solar (it’s where the English word comes from). In fact, you can trace the word all the way back to Proto-Indo European, a reconstructed language that is roughly 6500 years old. It’s a word that intertwines with dozens of romance languages ​​and has done for millennia.

So, why do I start like this? Well, Dark Souls’ Solar intertwines with all fans of the series quite deeply. The most endearing character in the dark kingdom of Lordran, a bastion of positivity, a ray of sunlight. Just like the word, he feels like he’s been with us for eternity. Or maybe he doesn’t, I dunno. But Solaire is pretty amazing, and I love him, and I don’t want him to die.

So I try my best to never let it happen! And, even though I’ve played through Dark Souls half a dozen times, it’s easy to forget. So I will help you not forget, and help you get the Dark Souls Solaire ending, as well as catch you up on everything else Solaire, with details on the hard-to-find amiibo and much of the lore surrounding him.

The Solaire amiibo released with Dark Souls Remastered on Switch is one of the hardest to find. Buying it from an official seller can cost north of £100. There are some cheaper ones on eBay, but it’s hard to tell if they’re legit. It is a gorgeous figurine, and I hope one day to have it. But no way am I paying £100 for it (and you probably shouldn’t either).

The Solaire amiibo can be used to unlock the Praise the Sun emote in Dark Souls Remastered at any time, meaning you can praise it anytime, anywhere, and long to be so grossly incandescent even before you meet our beloved Solaire. 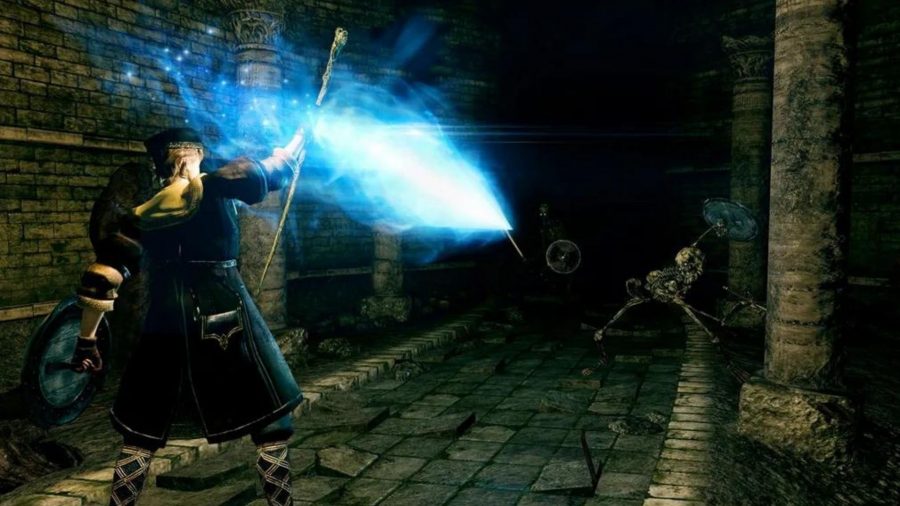 Who is Solar? In his first words to you, he says he is “an adherent of the Lord of Sunlight.” He has some iconic lines, but they also reveal a lot about who he is, and since there’s little else to help us understand his backstory, let’s focus on that.

In that same first meeting, he says, “Now that I am Undead, I have come to this great land, the birthplace of Lord Gwyn, to seek my very own sun!” So, a simple start: Solaire is undead, but wasn’t before and remembers it. He has come to Lordran looking for his own sun. Does that mean he wants to link the flame? Is that why he became undead?

A few lines later, he says that “the flow of time itself is convoluted, with heroes centuries old phasing in and out,” explaining that, “there’s no telling how much longer your world and [his] will remain in contact.” So, he’s not from your world, but is occasionally part of it, due to the convoluted nature of time. He also encourages you to use his summon sign to “engage in jolly cooperation!” Lovely. 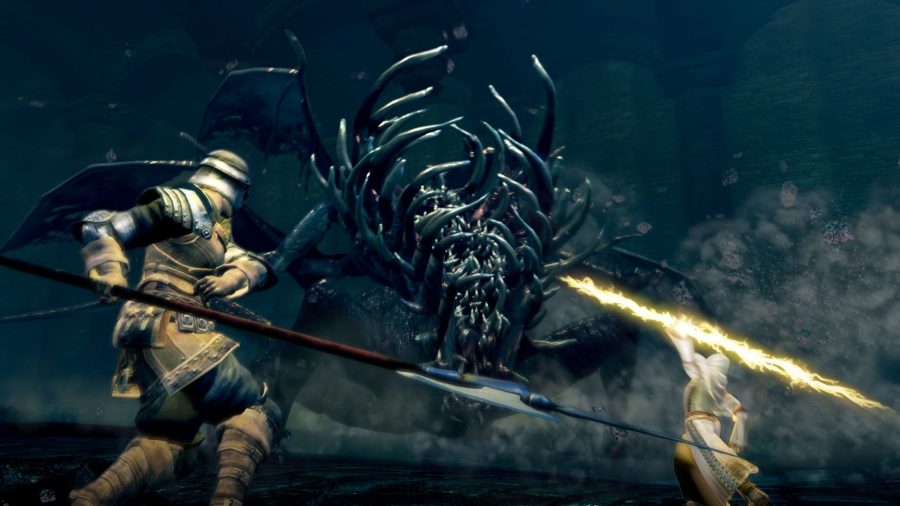 After a while, even in despair, he is unwaveringly determined, saying, “I cannot give up. I became Undead to pursue this.” So, by the time we chat to Solaire here, we learn that he became undead for the purpose of finding his own sun. It’s not clear why he’s so driven towards it, but it’s clearly deeply important. So, it would seem he became undead to link the flame in his world, and usher in a new age of fire. But where did he come from?

It’s difficult to say, but there is one theory that he is Gwyn’s unknown son. Gwyn had four children. There’s Dark Souls Grynevere, Dark Souls Gwyndolin, a son who he raised as a daughter, and Filianore, who cradles the egg in the Ringed City in Dark Souls III.

The fourth child is unknown, a god of war, whose symbol the warriors of sunlight wear. There is a lot of evidence to suggest it’s actually the Nameless King from Dark Souls III, but either way, perhaps Solaire’s lineage is linked in some way. Whatever it may be, if you follow the questline below, you can save him, and let him live out his dreams. 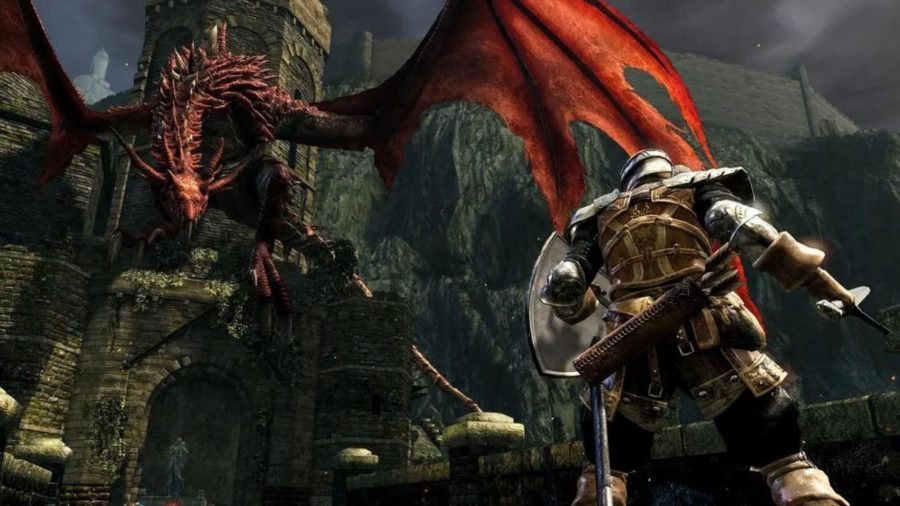 Save Solar. It’s a simple bit of alliteration. But it has a deep, heartbreaking meaning to any Dark Souls fan. Solar can die, and in most playthroughs, he will. He will become maddened, taken over by the sunlight maggot, as he hunts for the light.

When you meet him under the earth in Lost Izalith, he’s hostile. You have no choice but to kill him or run away, but the former is probably a kinder choice. Once slain, he speaks what may be the saddest line in the game: “My Sun… it’s setting… It’s dark, so dark…” So, let’s learn how to not let that happen!

How to save Solar

You meet Solaire early in your playthrough, after you defeat the Taurus Demon. You come to a bridge with a dragon that breathes fire all over it. Instead of heading towards it and down the stairs by the bridge (into the Undead Parish), head the other way, and say hello to Solaire. Be sure to exhaust all his dialogue options (and learn about jolly cooperation).

You can meet Solaire again in Anor Londo, and again at the Sunlight Altar bonfire. If you want to save Solaire the easy way, ignore him here, head through the game, kill the sunlight maggot as described later in the guide, and then head back to Solaire and continue his questline.

If you’d rather chat to Solar, go ahead, but after this is where things get serious. If you head to Lost Izalith via the standard route, Solaire is hostile, and you either have to kill him or just leave him down there to suffer in his own madness. We don’t want that. 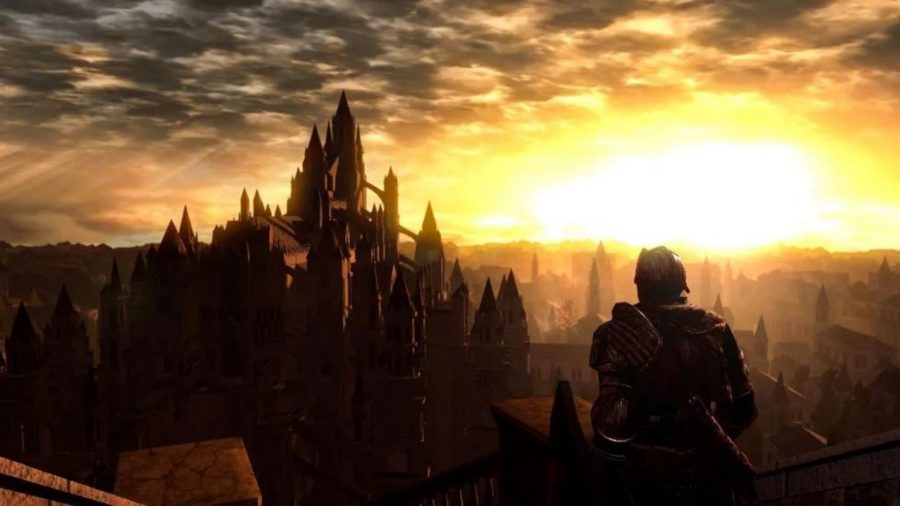 Note: before the next steps, you need to either join the covenant of the Daughter of Chaos and have it at +2, or have the pyromancy flame and the poison mist pyromancy. If you already have them, read on. If not, head to the next section, where I explain how to do both. No one ever said saving Solar would be easy, right?

If you’re part of the covenant of the Daughter of Chaos and have it leveled to +2, then happy days, the door will open for you. Head through and kill every last bug there. Don’t leave any of them alive. Look, I’m a vegetarian, but sometimes these things are necessary.

If you aren’t a Daughter of Chaos +2, you need the pyromancy flame equipped and the poison mist pyromancy. Be warned, this method has worked for me twice, and not worked for me once. I don’t know what I did wrong that one time, but be careful.

Move to the center of the door, breathe the poison mist until you start damaging something on the other side, and keep going until it dies. Once dead, you can keep making your way through the Demon Ruins, defeat the Demon Firesage (with some help from our Dark Souls bosses guide if need be), and take the long way round to be sure to grab all the goodies on that route . 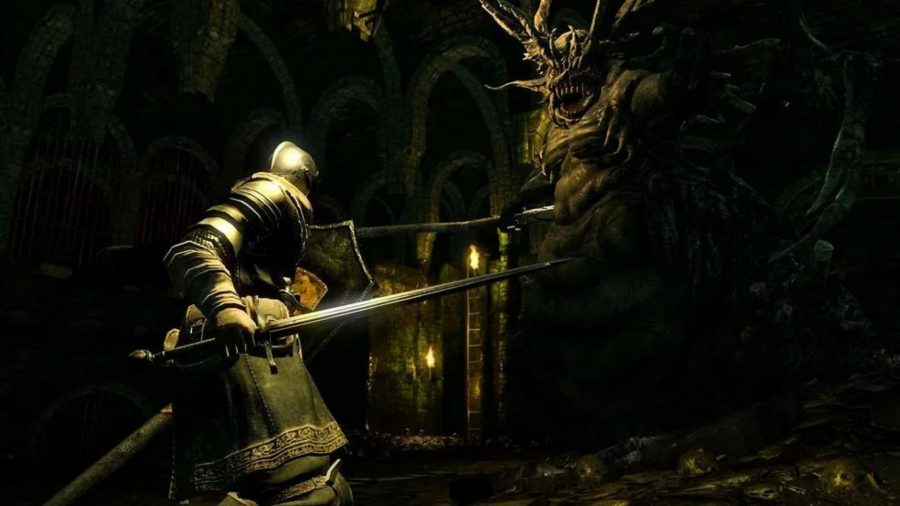 How to join the covenant of the Daughter of Chaos

(Note: before starting down this route, be sure to have 30 humanity spare). After defeating Quelaag, you can reach the second bell lever. After you ring the bell, head down the stairs (or just jump through the hole in the floor), and you’ll be in a room full of egg-covered walls. There’s a doorway, but don’t go through it.

If you’re facing this doorway, turn right, and there’s a weird gap in all the eggs. There’s an illusory wall here. Hit it, and the first thing you see is Eingyi. Say yes to him, and you can head through and meet the Fair Lady. Give her 30 humanity to join the covenant of the Daughter of Chaos and level up to +2, and you’re ready to open the door to save Solaire.

Fun fact time: if you have the Old Witch’s Ring, equip it to hear what the White Witch has to say. She mistakes you for her sister, Quelaag, who, funnily enough, you just killed. Isn’t Dark Souls lovely? 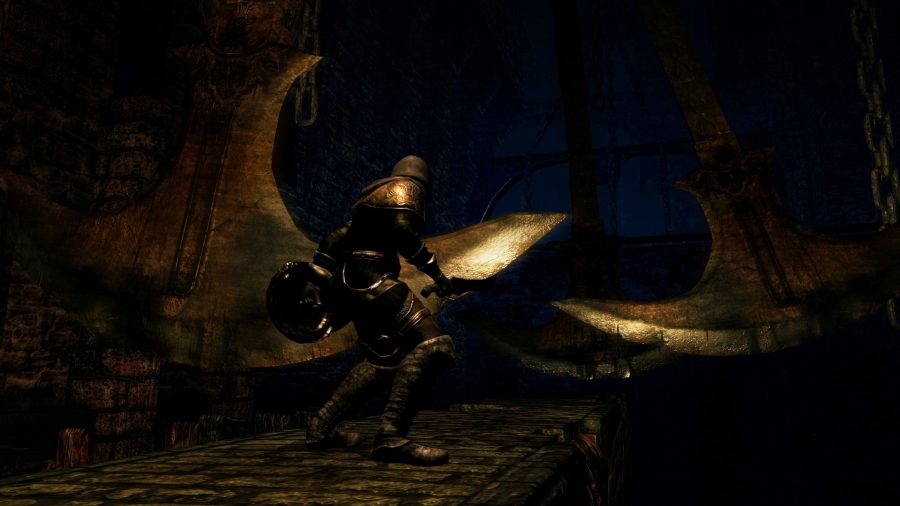 How to obtain pyromancy flame and poison mist pyromancy

There are three ways to obtain the pyromancy flame weapon. The easiest way is to start the game as a pyromancer. Easy peasy, you’re good to go. The second way is to save Laurentius in the depths. The third is to have twelve intelligence, be infected with egghead, and talk to Eingyi at the hidden doorway to the Daughter of Chaos, which I will not explain as it is much, much harder than just saving Laurentius, so just do that.

To save Laurentius in the depths, head down the stairs outside the Capra Demon boss room in the Lower Undead Burg. After heading all the way down, there’s a door you can unlock with the Key to the Depths (this is dropped by the Capra Demon, so you have to defeat it).

Head down the first set of stairs, turn left and go down the next set. Go forward and to the right to find another set of stairs in an open room (while minding the many enemies), then make your way through the room full of tables and benches and towards the stairs down. These are diagonally opposite to the other set you just came down.

Head down, take on the dog and the crazy chef person. Head down into the water and take down more dogs. Go towards the back wall and go through the large hole in it. Turn left and enter the room to see Laurentius. Free him by rolling through the barrels (DO NOT use your weapon, or you might make him hostile). Chat to him until he gives you the pyromancy flame. 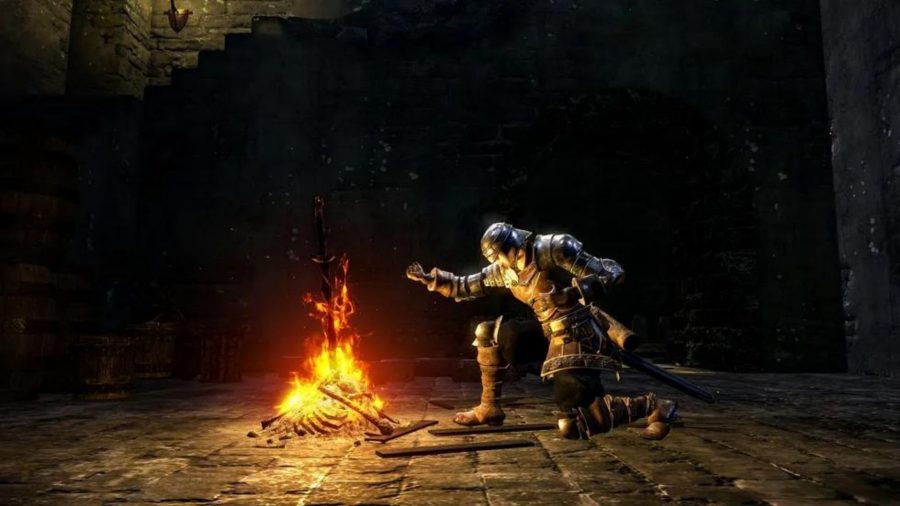 If you follow the steps above, you get the chance to summon Solaire in the final boss fight of Dark Souls. For a whole host of lore reasons, having the warrior of sunlight fighting Gwyn, coming to the aid of other undead, is powerful. He’s part of the covenant watched over by Gwyn’s son, the god of war. And whether that’s Solaire or someone else, just the fact that Solaire is with you at the end gives him the chance to link the flame in his own world, and bring in a new age of fire. It feels fitting.

That’s all we’ve got on Dark Souls Solaire for now. Check out our guide to Dark Souls Priscilla to dive even deeper into the mysteries of Lordran.