Finish him! Those are two of the most satisfying words in the world of videogames, and even if you’re not a fan of the fighting franchise, you more than likely know that it’s a phrase from Mortal Kombat. The terrifically violent series of fighting games that features some of the most eccentric and charismatic characters to ever grace the small screen. The over the top combat, great story, and fun environments only heighten the greatness.

However, there’s one thing that everyone loves above all else in these games, Mortal Kombat Fatalities – you know, the gory and excruciatingly painful finishing moves you perform at the end of a match after you hear those famous two words. Since each character has two of these maneuvers in their arsenal, we’re going to take a look at the best MK11 Fatalities.

If you’re not familiar with the cast of Mortal Kombat 11, we suggest you fight your way over to our list of all the Mortal Kombat characters in the game. We also have a list of the best Switch fighting games, just in case you’re after something new yet similar to play.

Anyway, without further ado, here are our picks for the best Mortal Kombat fatalities in MK11. 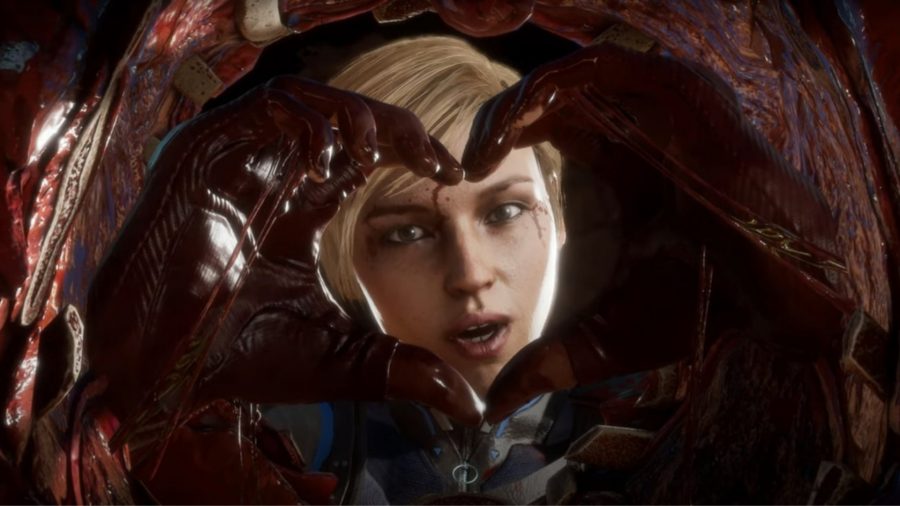 This fatality is brilliant, and nails the essence of Cassie Cage perfectly. Granted, it’s not quite as amazing as her selfie fatality from MKX, but there’s no denying how great I <3 U is. Cassie kicks things off with a green shadow kick that decimates her opponent's torso. She then shoves both of her arms through either side of her foe, forming a heart-shaped sign with her hands – she then smiles and gives a kiss, a lovely finishing touch. 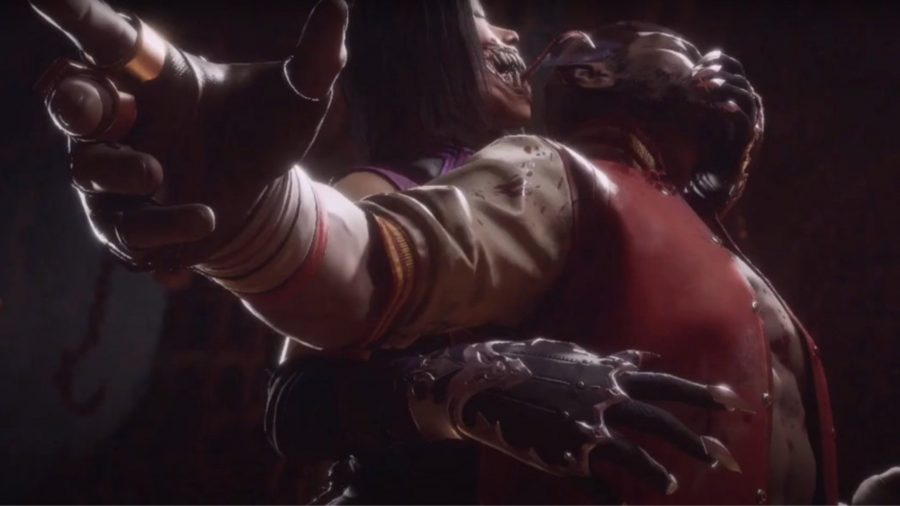 Violent is certainly the right word for this fatality. We mean, sure, all of these moves are brutal, but Mileena has always been a little bit ‘extra’ when the time comes to finish her foe. In MK11, one of her finishing moves is violent delight, a move that sees her turn her rival (meal?) around. She then licks their neck and slices their abdomen open. Mileena then spins them back around, shoving her hand through the opposition’s body, she grabs their face, then pulls it back through the wound in their stomach – yeah, pretty gnarly. 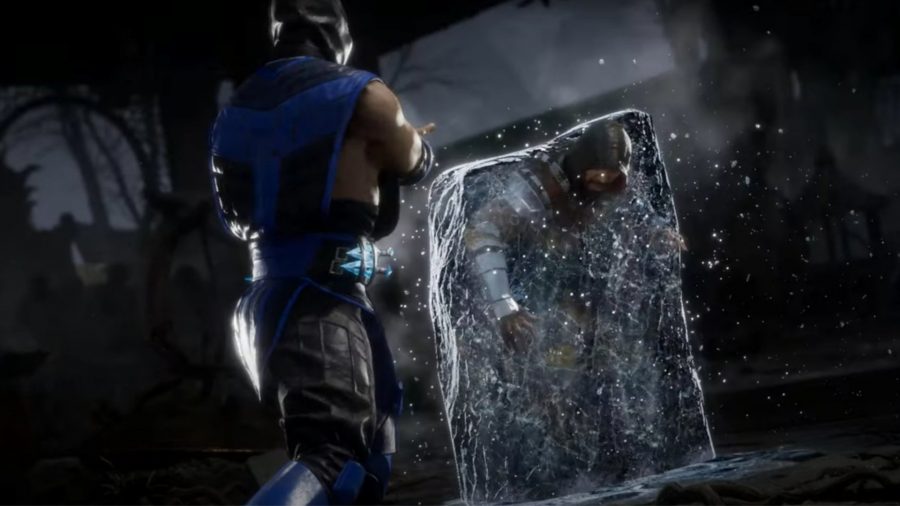 Sub Zero’s ice-cutioner fatality is a fun take on a traditional execution method. To begin with, he encases his foe in a huge block of ice, but he leaves their head and hands free. Next, the Lin Kuei Grandmaster creates an ice ax (can you see where this is going?). He then swings and decapitates the enemy – he concludes this frosty finish by freezing their head and smashing it with a punch. 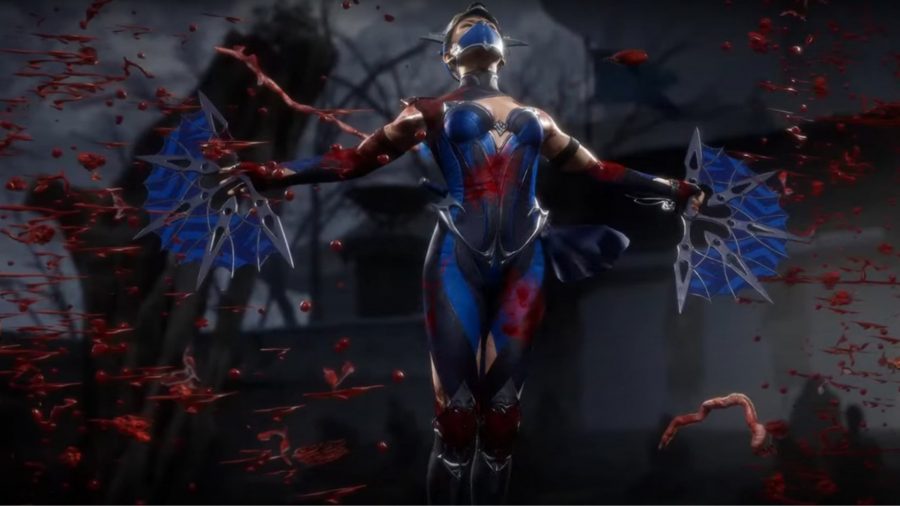 The clever play on words probably tells you what to expect from Kitana’s gore-nado fatality. To begin with, the princess throws one of her fans at the foe. This leaves has a nasty lateral cut. Kitana follows this up by performing a variation of her tornado spin attack, this essentially sucks the insides of her enemy into a vortex. Finally, she stops spinning, and the viscera of her foe flies in every direction. 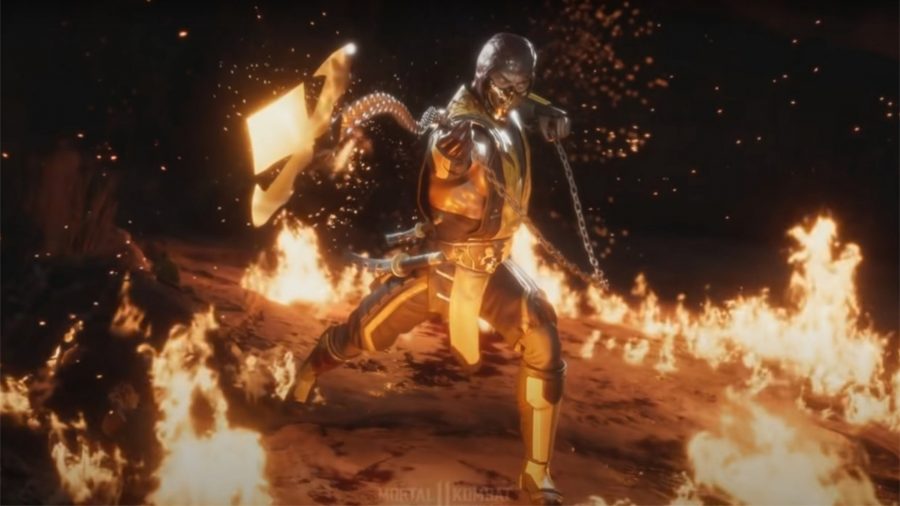 You all knew that Scorpion would show up on this list. It’s just a question of which fatality we’d choose, and we’ve gone with you’re next. This maneuver sees Scorpion engulf himself in flames just before he charges through his opponent, which decimates their torso – to the point you can see their spine. Next, Scorpion grabs his sword, decapitates their head, kicks it into the air, and throws his signature spear through his foe’s mouth. This is the quintessential MK experience. 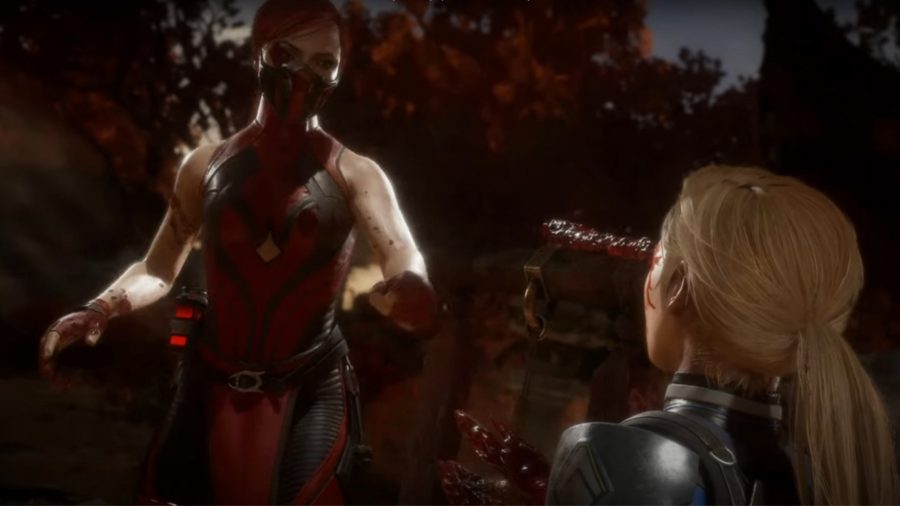 Bloody mess is right. We certainly don’t want to clean up after Skarlet. As you may or may not know, Skarlet is essentially a blood witch, so her fatalities are very violent. With bloody mess, she drains the blood from the opposition’s body, only to then form six huge stakes, which pierce their heart, eye socket, chest, and shoulders. Skarlet then pops the eyeball through the back of her foe’s head by hitting the stake further – of course, she’s laughing maniacally while she does this. 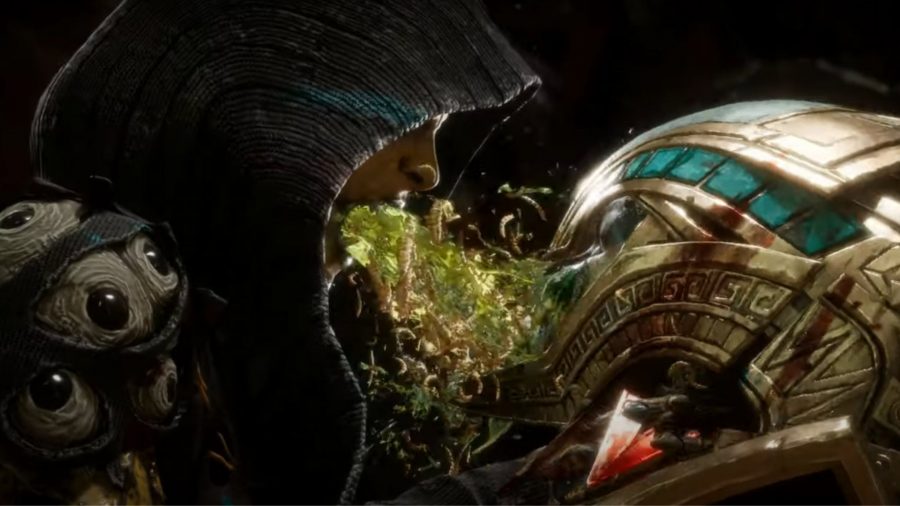 Given the first time you lay eyes on D’Vorah, you’re likely to go, ‘ick, kill it with fire’, it should come as no surprise that her fatalities are quite gross, especially new species. With this fatality, D’Vorah splits the opponent open with her ovipositors which makes them fall to the floor, only for her to then grab them and vomit maggots, eggs, and all sorts of nasty stuff into their mouth down their throat. Soon enough, four large pincers burst from their bodies, with the face of a spider splitting D’Vorah’s foe’s head in half.

Don’t this lot just sound lovely, not a single hint of anger issues whatsoever, but there you have it, some of the best Mortal Kombat fatalities in MK 11. If you need something new to play, make sure you check out our best games like Dark Souls if you’re after a title with grit.