Infinity Alpha’s BL gacha game Nu Carnival has taken the internet by storm, quickly going viral, as many of you eagerly dive into this weird and wonderful world. With its fun, goofy fantasy story, its simple-to-grasp but enjoyable turn-based RPG combat, and its raunchy, animated intimacy rooms, it ticks plenty of boxes and certainly fills a niche. But, of course, there’s no way this game could have garnered so much success without a cast of handsome husbandos to fawn over, right?

Luckily, the Nu Carnival characters are all equally as loveable (and gorgeous) in their own way. Whether you’re into the kind-hearted, friendly type like Olivine, the strong, silent type like Quincy, or the tender, shy type like Yakumo, there’s really someone for everyone. In this guide, we take a look at every one of these handsome lads, their birthdays, heights, personalities, and history, as well as the different versions you can collect for each of them. With our help, you’ll be overflowing with essence in no time – if you know what we mean (wink wink).

If you’re new to this raunchy, romantic romp, head over to our Nu Carnival download guide to dive in today – but keep in mind that this game contains adult content, and is certainly not suitable for younger audiences. We also have a list of all the latest Nu Carnival codes, with plenty of free gems and scrolls up for grabs, so you can try your luck at pulling your favourite SSR husbando today.

Here are all the Nu Carnival characters that are currently available in the game. 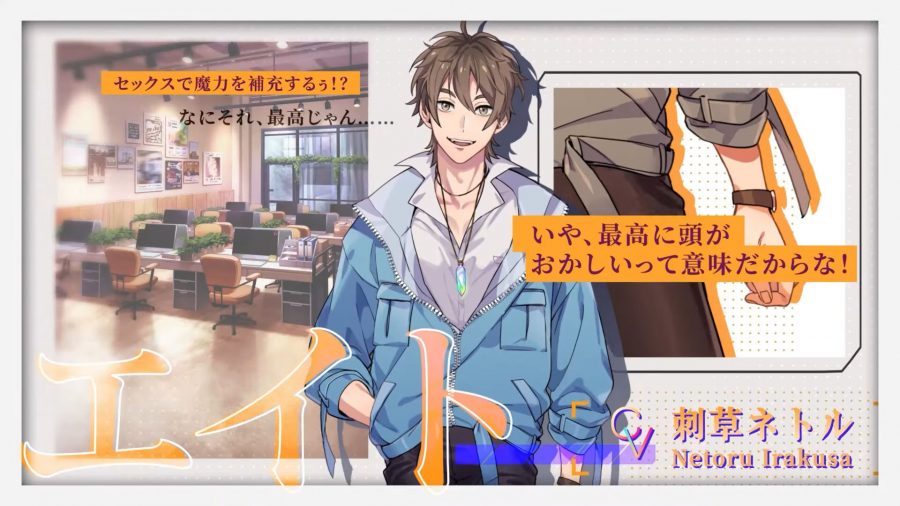 The open-minded, personable protagonist of this wild adventure, Eiden is an independent and optimistic young man who makes the best of any situation. As a child, he grew up in an orphanage, not knowing any of his family. Now in his 20’s, he works as a designer at a sex toy company – that is, until he takes on a commission to create a custom toy with an unusual gem, and is thrust into a magical world as a result.

Here, he learns that he’s the descendant of Grand Sorcerer Huey who’s been missing for a long time, and it’s up to him to reunite the Gemstone Clan members and regulate the essence of the Gemstone Altars. 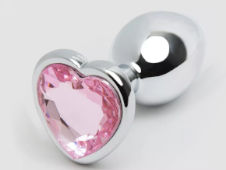 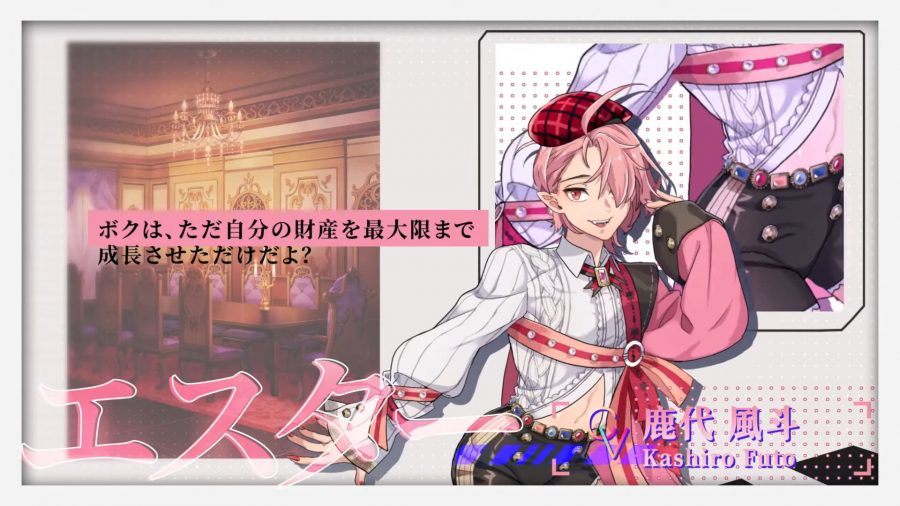 Created by Grand Sorcerer Huey around 100 years ago, Aster is a vampire familiar who replenishes his essence by drinking blood. Despite his cute looks and playful demeanour, he’s a formidable merchant and businessman, and has managed to amass a large fortune over the years.

He owns a mansion on the outskirts of the Royal City, which the Gemstone Clan use as their base of operations. He has a strange relationship with Morvay and, although they often fight and tease each other, they’ve lived together for a long time and have grown very close as a result.

There are currently three different versions of Aster to collect. You’re guaranteed to gain a free copy of SR Aster (Familiar) near the beginning of the game. 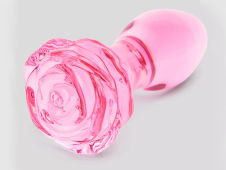 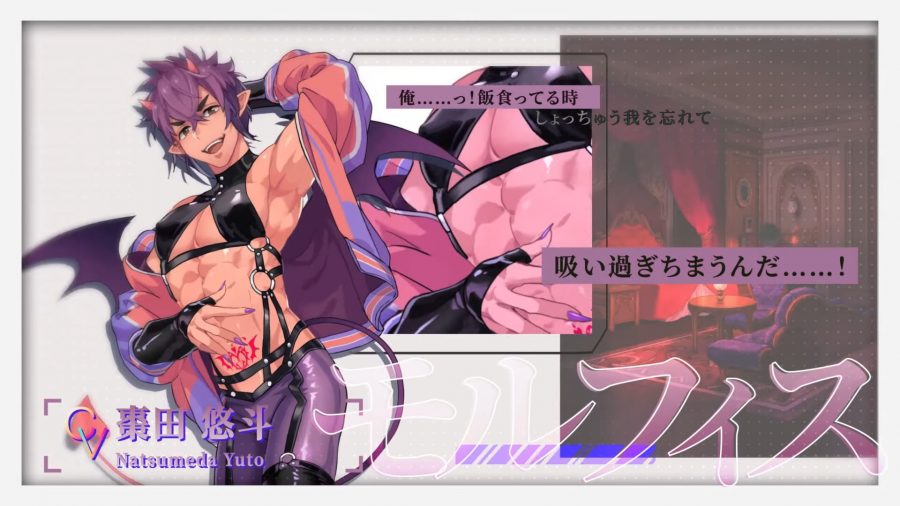 Grand Sorcerer Huey created Morvay around 70 years ago. He’s a reckless and wild incubus familiar who drains the ‘vitality’ from his victims to replenish his energy. He has a talent for reconnaissance, resulting in him being responsible for gathering information and keeping an eye on the state of the gemstone altars across the kingdom.

He’s strong-headed and fiery, and often struggles to hide his emotions, resulting in Aster teasing him frequently. His salacious appetite for intimacy has gained him quite a reputation around the kingdom, but his loyalty to the Grand Sorcerer, Eiden, and his friends is admirable.

There are currently three different versions of Morvay to collect. You’re guaranteed to gain a free copy of SR Morvay (Familiar) near the beginning of the game. 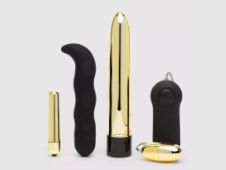 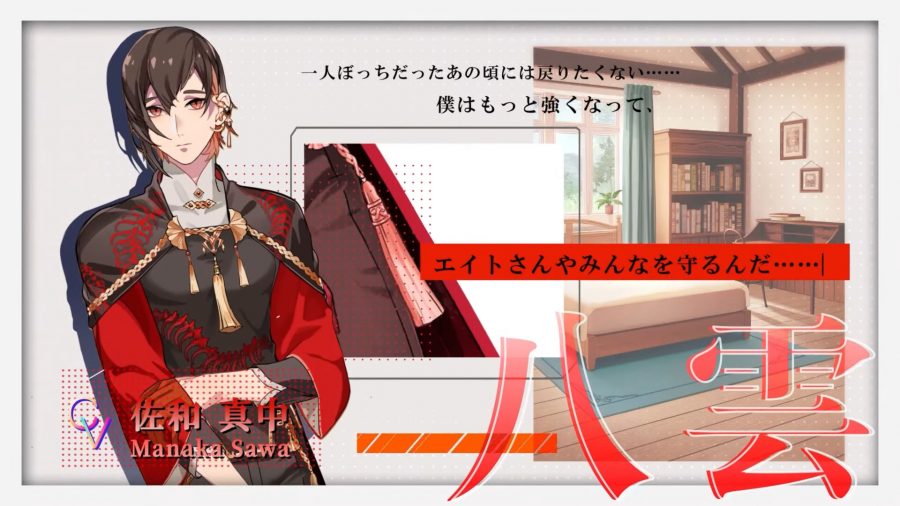 Yakumo is a serpent spirit, who was born deep in the realm of the Wood Territory. He’s a descendant of the famous Great Serpent often spoken about in legends, and, as such, has inherited a great level of essence. As a child, he was found by an elderly couple who took him in and raised him as their own.

Growing into a kind-hearted and polite young man, Yakumo has a very sweet, shy nature, and a great passion for cooking and nurturing those around him. However, he harbours a great level of power, and is constantly afraid of losing control of it. It’s well known across the Light Territory that if Yakumo gets angry, you’d better run.

There are currently four different versions of Yakumo for you to collect. 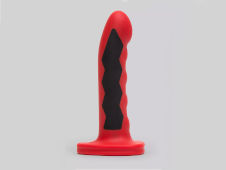 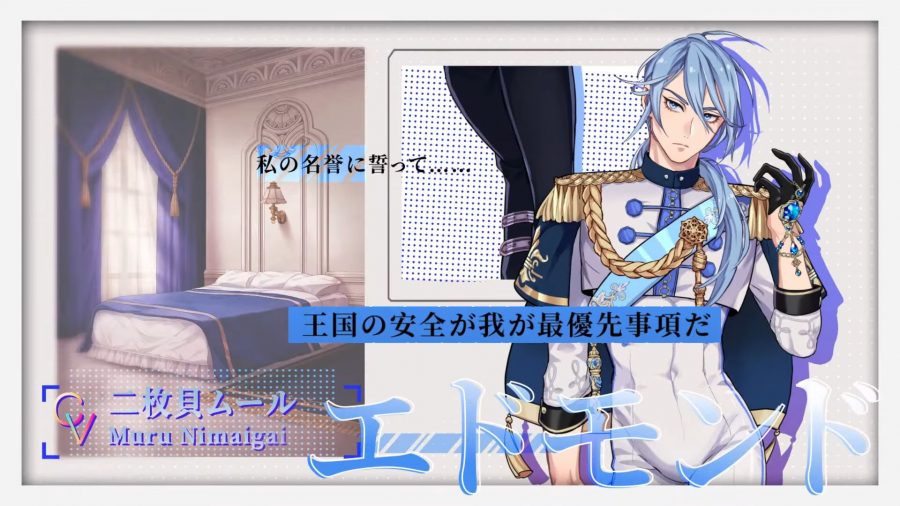 Edmond is the well-educated, self-disciplined, and fiercely proud Vice-Captain of the Knights of the Klein Kingdom. Born of noble birth, he has impeccable manners, and is a certified master sword-wielder, who values duty and honour above all else.

He has an abundance of powerful essence, but, due to his opposition to the use of magic, he suppresses the desire that it stirs within him. However, after receiving an order from the king, he’s forced to assist Eiden and the others with their duties – can you help break through his stoney exterior and allow him to give in to his needs?

There are currently four versions of Edmond for you to collect. 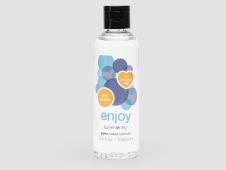 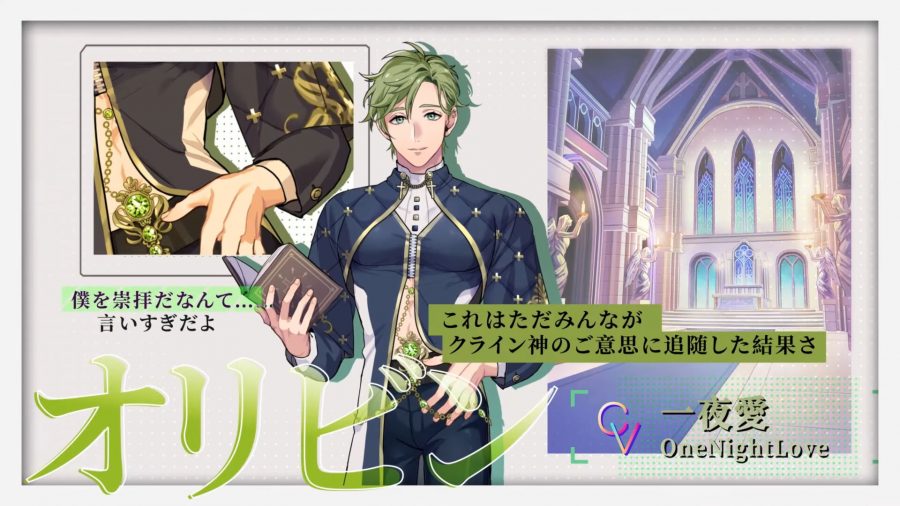 Olivine is a holy priest serving the God of Klein. He bears the heavy weight of his parent’s high hopes and expectations on his shoulders, and his sense of duty and obligation has led to him spending his entire life in the temple. He’s extremely kind-hearted, and has a helpful, bright, and friendly demeanour, with a natural ability to put others at ease.

He’s loved by everyone, from the congregation, who look up to him as a role model (and admire his charm and good looks), to the local children, who love to hear his stories and see him as a big brother. However, he has a secret longing in his heart unbeknownst to those around him, and a desire to experience the pleasures of life outside the church.

There are currently four versions of Olivine for you to collect. 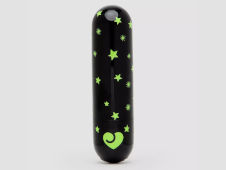 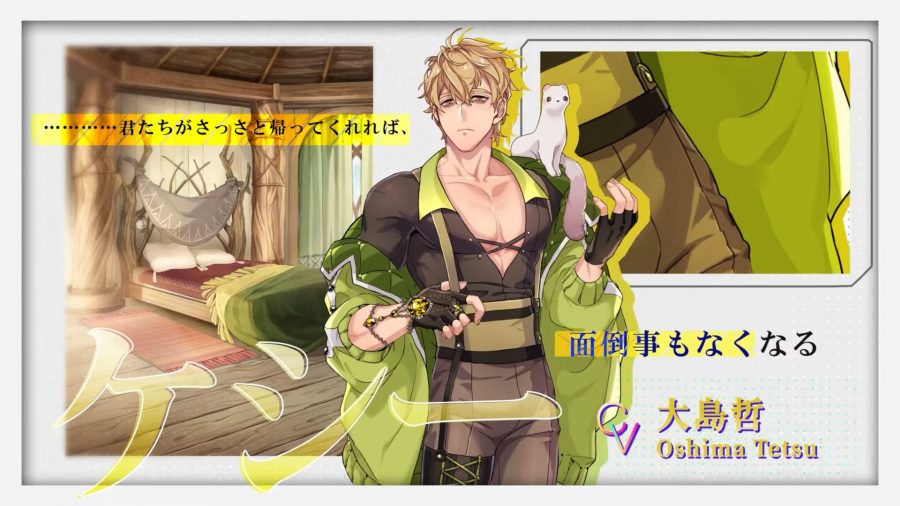 Quincy is a quiet and aloof man who resides deep in the forest. He possesses a great amount of essence, leading the forest tribes to consider him a threat – though, due to his preference for a solitary existence, this doesn’t really seem to bother him. He’s not much of a conversationalist, finding interactions with others and anything that puts him out of his way ‘troublesome’, but he shows a deep understanding of the ways of the woods, and clearly hides a caring nature beneath his stand-offish exterior.

He’s constantly accompanied by a small, mysterious creature, which looks similar to an all-white ferret or weasel. The creature rides Quincy’s shoulder wherever he goes, occasionally hopping down for food and gathering crumbs to hide in Quincy’s hair.

There are currently four versions of Quincy for you to collect. 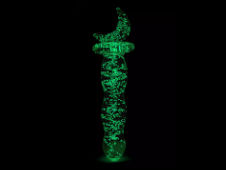 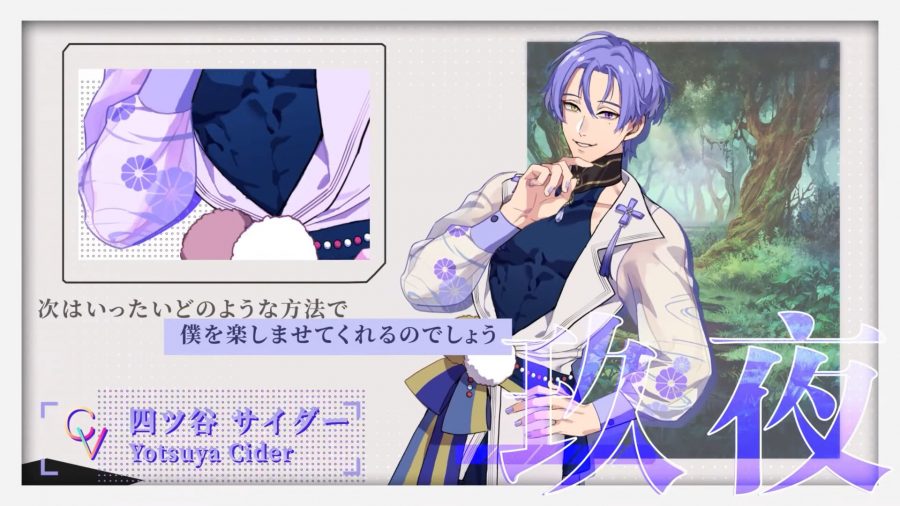 Kuya is a mystical fox spirit, revered by the beasts of the forests in the Wood Territory. Through many years of exposure to essence, Kuya has gradually taken on a human form, but still maintains his fox-like, sly, and mischievous nature.

Forever wearing a nefarious smile on his lips, Kuya fervently follows his heart’s every desire, and uses any method, no matter how immoral, to achieve his goals. He delights in manipulating his targets and using his knack for trickery and illusions to test their resolve. Above all, Kuya absolutely loathes the sensation of boredom.

There are currently four versions of Kuya for you to collect. 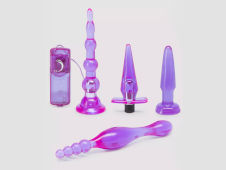 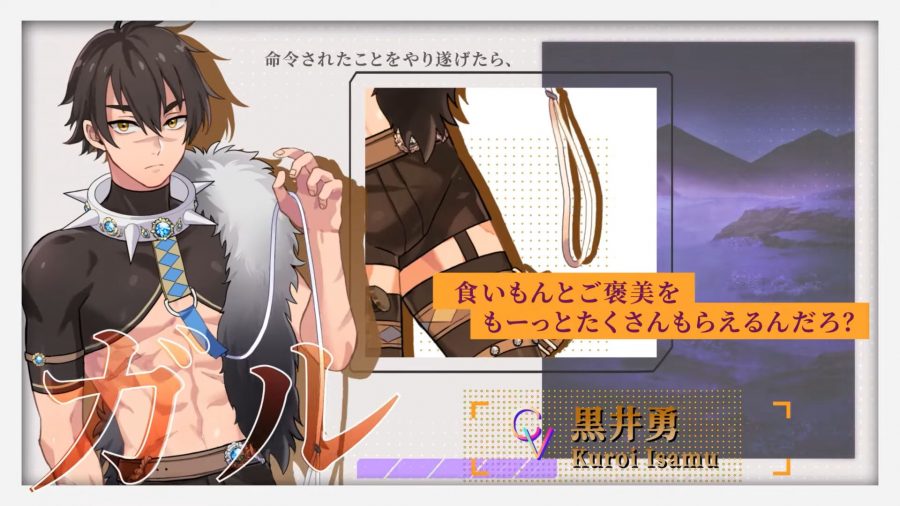 Once a wild wolf spirit, Garu transformed into a man. Having lived most of his life in solitude out in the wilderness, he’s simple, unrefined, and pure of heart. He has never known the normalcy of family life, and his previous experiences of living from meal to meal have resulted in him placing great value on every scrap of food in the present.

When his homeland became a part of the dreaded Dead Zone, he began to follow an elderly wanderer, and quickly learnt how to think and speak like a human. However, when his companion passed away, he was worried about losing his ability to speak the human language, so he began to talk to himself for practice. During this time, in the face of the wild, unforgiving, and solitary conditions he endured, he somehow developed a second, entirely different personality.

There are currently four versions of Garu for you to collect. 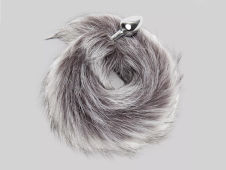 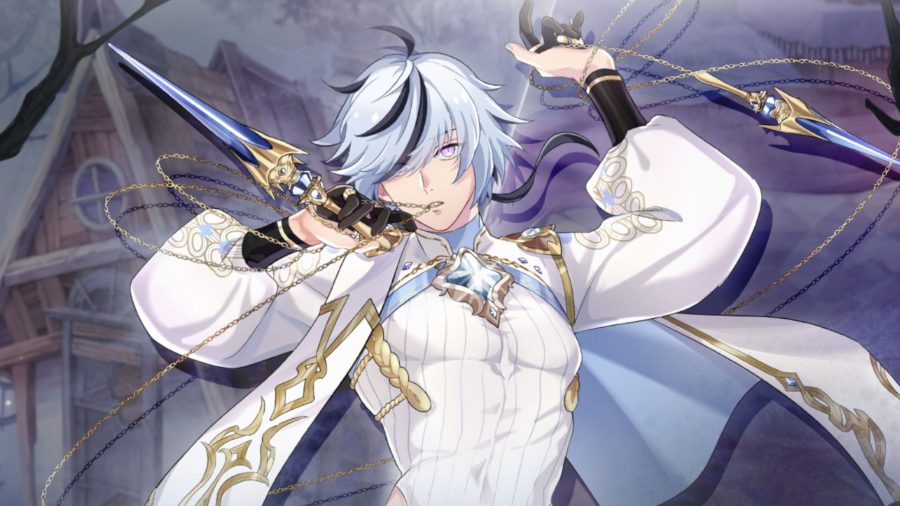 The first Nu Carnival character to be added after release, Blade came out along with chapter eight of the main story. He’s an e-droid from an unknown land who dutifully carries out missions from his home deep within the Dead Zone. While he’s a powerful fighter, he has an innocent and almost childlike personality, and has no filter when it comes to expressing his thoughts and feelings.

He has a passion for all things he deems ‘cute’, and loves reading a variety of strange books to help him learn about human knowledge and emotions. While his understanding of ‘essence collection’ is a little unorthodox at the moment, he appears to have some lustful desires beneath that adorable exterior.

There are currently four versions of Blade for you to collect.

And that’s all of the Nu Carnival characters so far. We’re unsure if Infinity Alpha plans on releasing any new characters or fresh versions of existing characters in the future, but with how popular the game’s been so far, it seems very likely. We’ll be sure to update this guide when we get more info.