Honkai Star Rail’s Jing Yuan is a striking general of the Xianhou Alliance, who wields his sword as though it were a part of his own body. Don’t let his handsome face and bemused smile fool you, for it belies the brilliant mind of a tactical warrior, who will do anything to ensure a stable future for his home.

With the heart of a lion and the power of the Lightning Lord behind him, Honkai Star Rail’s Jing Yuan makes a great addition to your team. If you’re curious about who exactly this handsome fighter is and want to pick the best build for him, then you’re in the right place. Keep in mind that the game is still in closed beta, and we’re in the process of working out all of the mechanics, so our recommendations may change in the future.

Honkai Star Rail’s Jing Yuan leads the Cloud Knights of the Xianzhou Luofu as one of the six generals of the Xianzhou Alliance. He was once a fearsome warrior who ravaged the battlefields, but is now concerned with the state of Luofu, and his plans for the future. In battle, he summons a powerful being called Lightning Lord.

We don’t know who his English voice actor is yet, but Jing Yuan’s Japanese voice actor is Ono Daisuke, who you may recognize as the voice of Jotaro Kujo from Jojo’s Bizarre Adventure, or Erwin from Attack on Titan. Jing Yuan is a five-star sword-wielder with control over lightning, and he treads the path of ‘The Erudition’. Jing Yuan is currently featured on an Oriented Warp banner, which runs until the end of the beta. 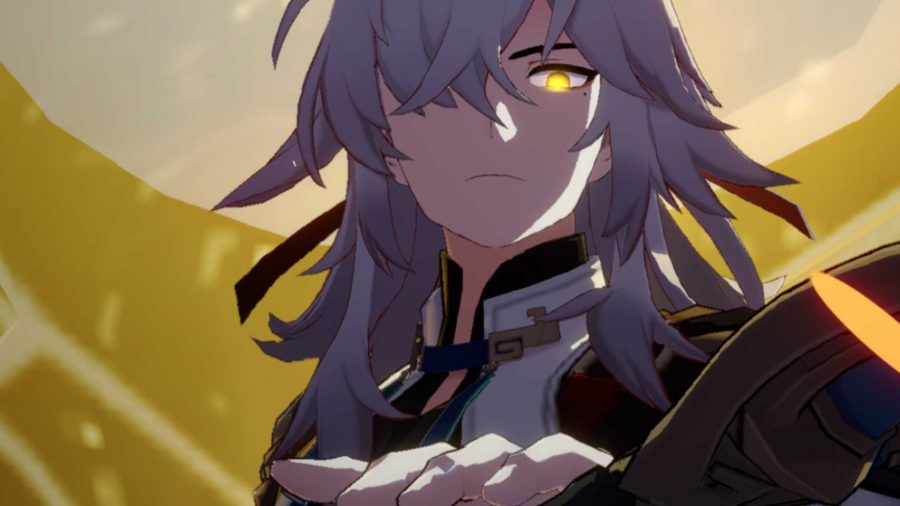 As the beta is still pretty new, and we’ve only just got our hands on Honkai Star Rail Jing Yuan, we’re still working out the best build for him. However, it’s clear that he’s a very strong DPS character, with great crowd control and utility, and the addition of his powerful friend, the Lightning Lord, he can even deal some nasty damage between his turns.

From what we’ve seen so far, it’s best to build Jing Yuan with plenty of crit, which we presume should be balanced at a 2:1 ratio as is recommended in Genshin Impact. We also recommend boosting his lightning damage as much as possible, also boosting his energy recharge rate and attack is always handy.

Which light cone should I use for Honkai Star Rail’s Jing Yuan?

We’re still getting to grips with the Honkai Star Rail beta, and as such we’ve not had the chance to look at all of the light cones yet. However, when it comes to picking the right Honkai Star Rail Jing Yuan light cone, the following appears to be tailor-made for him.

Of course, it’s a five-star light cone, so it’s not the easiest to get your hands on. If you don’t manage to grab this one, just be sure to pick a light cone that aligns with ‘The Erudition’ path in order to enable its skill.

Which relics should I use for Honkai Star Rail’s Jing Yuan?

Out of the relics we’ve come across so far, we’ve not seen a set that appears to be an obvious choice for Jing Yuan. However, the two sets below help to boost his attack, skill damage, and/or speed, which seems like a good fit for him. We’ll be sure to update this section if we find a better set.

When it comes to stats and sub stats, we recommend you focus on lightning damage boost, crit rate, and crit damage first, then aim to increase his attack and energy restoration. 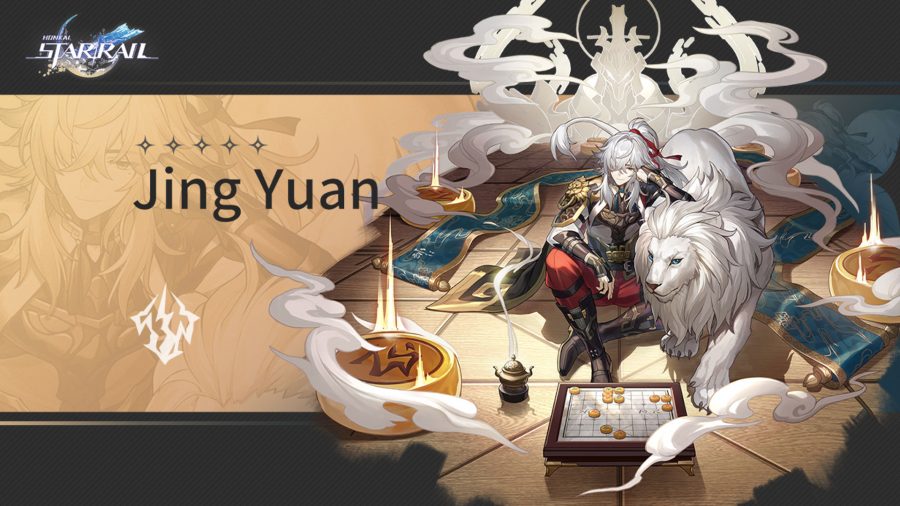 What are Jing Yuan’s eidolons?

Honkai Star Rail eidolons, like Genshin Impact’s constellations, are bonuses you gain from getting more than one copy of a character. Here are all the eidolons you can unlock from getting duplicates of Jing Yuan.

That’s everything we know about Honkai Star Rail’s Jing Yuan at the moment. If you can’t wait to hop aboard the Astral Express, check out our Honkai Star Rail release date guide. Or you can head over to our list of the best mobile RPGs to keep you busy in the meantime.