A narrative adventure set in Denmark during its occupation by the Nazis during World War II, Gerda: A Flame in Winter is the first game set to be published by Dontnod. Pocket Tactics had the pleasure of playing a preview version of this unique new game, and it’s safe to say it fits perfectly into the French studio’s stable of other poignant and thoughtful titles, surpassing our expectations with its deep gameplay mechanics, nuanced world, and gorgeous graphics.

The game begins as half-German and half-Danish protagonist Gerda steps off a train in her sleepy Danish hometown, just returning from learning to be a nurse in a nearby city. The first thing you notice as she greets her waiting father and husband is that the world is rendered in a beautiful and punchy watercolor-esque style that allows you to see enough detail in its vividness to know what’s going on, but leaves enough to the imagination to give an air of blurry old-world charm.

Gerda draws a lot of inspiration from traditional adventure games; you move her around the world and click on items to interact with them. But, in typical Dontnod fashion, it also mixes this with RPG elements that affect how you play the game. This becomes obvious when you’re given the choice of either letting your husband, Anders, or your father help with your luggage at the train station. Whoever isn’t chosen gets -1 towards Gerda, we’re told.

It turns out there are two number-based systems in Gerda: A Flame in Winter that dictates how events in the game pan out, and how people react to you. The first encounter is an example of the Trust system, whereby choosing certain actions or dialogue options affects your standing with the four factions, which are Germans, Danes, Occupation, and Resistance. Talk smack about the Nazis, and your favor with the Resistance naturally goes up. This system also goes to the micro-level, and how you talk to everyone in the game causes you to gain or lose points with them depending on how they viewed what you said. We can all agree Nazis are bad, but will staying on their good side benefit you down the road? 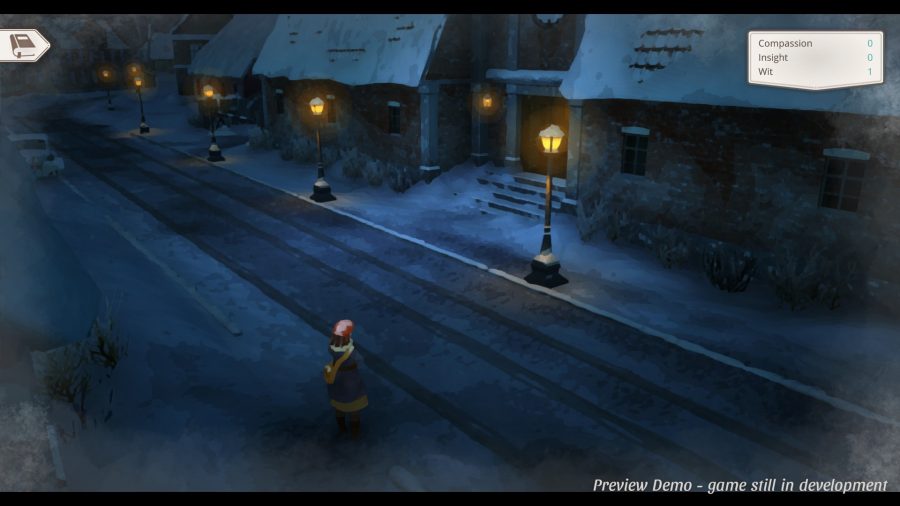 The other system is related to Mental Energies, which comprises three concepts: compassion, wit, and insight. Rather than showing your standing with people, however, these points are spendable on in-game actions. For instance, one later scene let me spend one compassion point to help someone and gain their trust. They’re a representation of your disposition as Gerda, something that’s tailored around the choices and actions you take as the game goes on. There are only a finite number of Mental Energy points; you can gain them by choosing dialogue points as each day progresses, but you’ll have to think carefully about when and with whom you want to use them carefully so that you’re not left high and dry when something unexpected happens.

And something unexpected will happen, as is shown when Gerda leaves the train station with her father to be told that yes, he was indeed proudly joining the Nazi party. See, Gerda: A Flame in Winter isn’t simply a game about Nazis being bad, or even Gerda herself – it’s a game about how the inhabitants of a small town are interconnected, and about how people treat each other matters. You’re forced to choose, via a map, which locations to spend your limited time throughout the day, meaning what you decide to do has a real effect on how the game plays out, because you can’t get to everything in time.

Avoiding spoilers, Gerda’s return home doesn’t remain peaceful for long. You’re quickly thrown into the powder keg world of late-World War II Denmark, and there’s no sideline sitting allowed. You have run-ins with German soldiers, meet the Danish resistance members who want them dead, help (or not) refugees escaping persecution, and try to maintain a semblance of a normal life, trading your ration cards for art supplies so that Anders can try to make something beautiful in the bleak world, practicing your nursing with limited supplies, or agonizing over who to give the last of your medicine to, should you curry favor with the Nazis or help the local priest with a nasty cough? 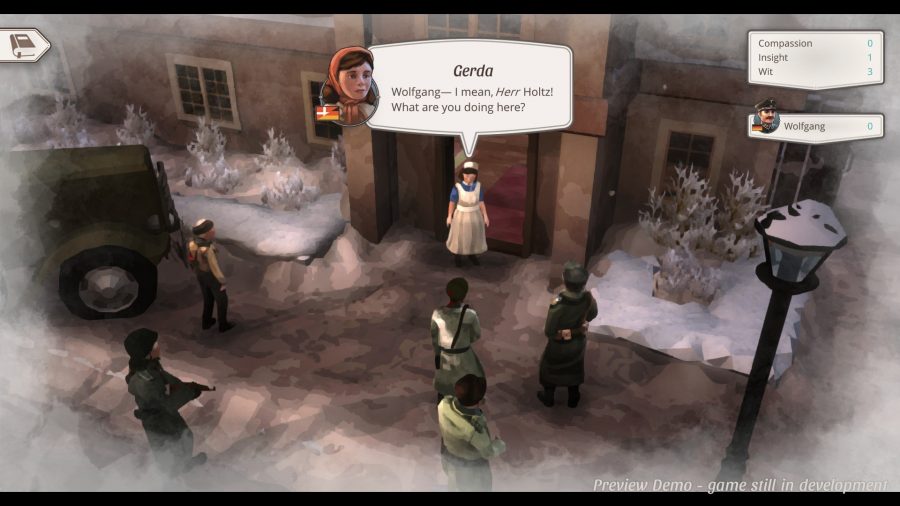 All of these people’s objectives are independent of nationality, and Gerda’s dual citizenship gives a unique perspective on the unfolding events. For example, a Dane will make an anti-German comment, but quickly follow up with “Oh, but not you, Gerda.” And this is where Gerda: A Flame in Winter shines brightest; it’s a game about what life is actually like. It depicts the giant gray area in which we all live, and that people – regardless of their affiliations or reputation – don’t fit into neat little boxes. It’s a game, fundamentally, about the human experience, and it’s one more relevant now than ever. 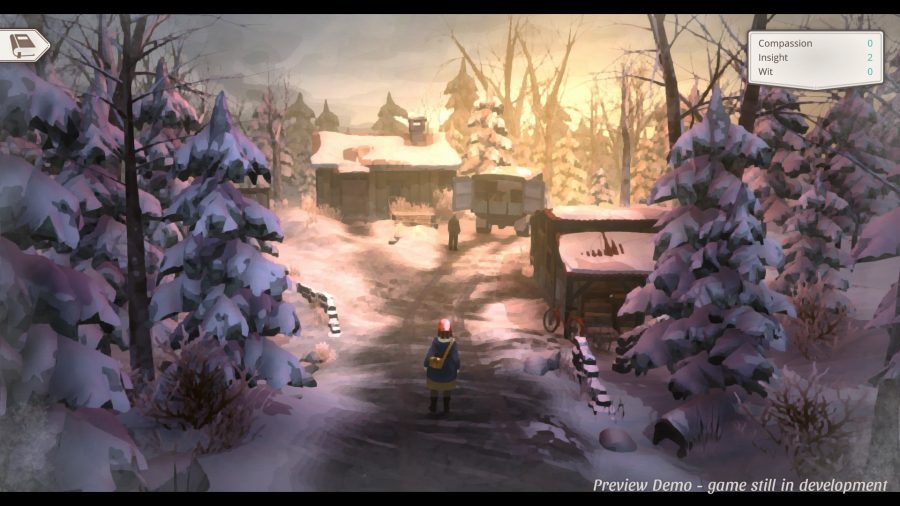 Dontnod has made a wise choice in choosing Gerda: A Flame in Winter as its first game as publisher. It’s a thoughtful adventure about a lesser-known aspect of World War II, and its smart, choose-your-own-adventure stylings could have been made by the company itself. Those familiar with games like Life is Strange or Vampyr will find a lot to love here, but going in expecting to simply dunk on Nazis is going to miss the game’s message. Regardless, Gerda: A Flame in Winter needs to be on your radar.