The colossal hit RPG Genshin Impact has garnered an extremely passionate fanbase since its release – perhaps a little too passionate, at times (us included). With Hoyoverse dropping new content in fresh updates every six weeks or so, we’re constantly trying to stay ahead of the curve – working out what’s coming next, which materials to farm, and how many primos we need to save in anticipation of our favorite upcoming character or rerun.

Naturally, this has led to heaps of Genshin Impact leaks, from new characters and enemies, to what events are on the horizon. While all leaks are subject to change, some are far more reliable than others. So, to save you from trawling through the murky mines of leaked content, we’ve gathered some of the juiciest morsels for you right here. Please note, if you are concerned about spoilers, it’s best to avoid any form of leaks, whether here or on the r/Genshin_Impact_Leaks subreddit – because, let’s be honest, spoilers are pretty much the whole point of leaks.

At the moment, we’re waiting for more information to come out about the 2.8 update, based on beta testers and leakers. For now, we’ll only report on leaks tagged as reliable, for the sake of brevity – as if we reported on every questionable leak, we’d be lost in an abyss deeper than Osial’s watery resting place.

Recent leaks have primarily been focused on Genshin Impact’s Kuki Shinobu and Genshin Impact’s Yelan, both of which Hoyoverse have confirmed to be coming to version 2.7. We’ve also seen a lot of new leaks of Genshin Impact’s Heizou, including this gameplay footage. Head over to our guide to find out more about this upcoming character, and to see more leaks.

Aside from that, we’ve seen plenty of leaks about Genshin Impact’s Yaoyao and Genshin Impact’s Baizhu, both of which could potentially be the game’s first dendro character, and will likely come alongside Genshin Impact’s Sumeru. Leakers have also suggested that we also may see the following characters soon:

However, none of these are currently confirmed, so don’t get your hopes up! 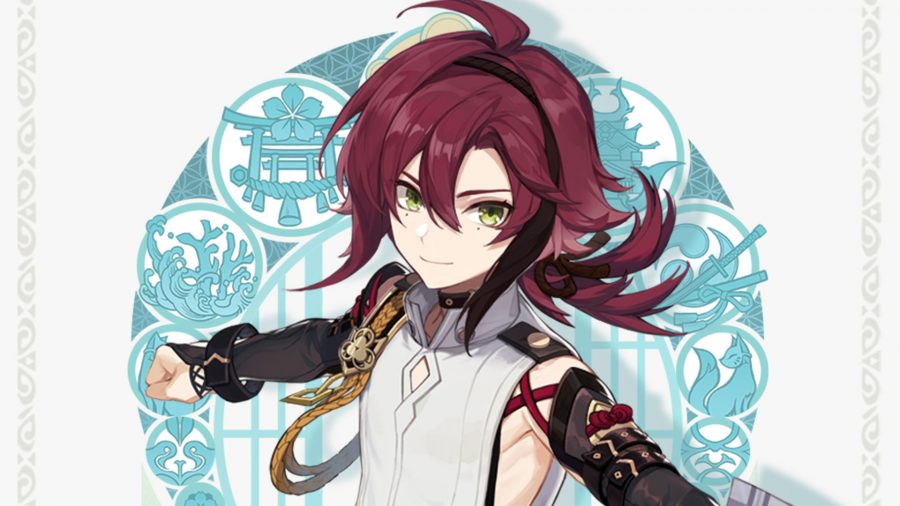 As for 2.8, leaks suggest that the new anemo catalyst wielder Genshin Impact’s Heizou will be released, though we don’t know what banner he’ll be on and who he’ll appear alongside.

Of course, we’ve all been waiting for a Genshin Impact Kazuha rerun for what feels like an eternity, with rumors constantly running around that he’s finally coming, only for our hopes to be dashed. However, new leaks have suggested that version 2.8 will have a story quest line based on our bouncy anemo boy (not you, Xiao, you’ve got your time to shine in 2.7), so we may finally get the rerun we’ve all been waiting for.

Leakers have suggested that we’ll be seeing a rerun of the popular 1.6 Mondstadt event, Golden Apple Archipelago, before the end of version 2. If this is true, it will likely come in version 2.8, the last update before we head off to Sumeru, as it wasn’t announced as part of 2.7 in the recent livestream.

To back up these leaks, you can find a comparison between the old and new Golden Apple Archipelago maps here. Blank has also suggested that the main island in the new version is a castle, which you can see behind Yelan here.

All of the 2.7 weapon leaks have been confirmed in the latest livestream, but we do have some crumbs about an upcoming, quest-obtained weapon from version 2.8.

According to the leak, it’s a four-star sword that you obtain at the end of the Kazuha chapter, an upcoming string of quests. This sword cannot be refined, and remains nameless until the end of the quest, with the current beta placeholder being called ‘this is a sword’. You can take a look of the different colored versions of the weapon here and here.

And that’s it for our Genshin Impact leaks for now. We’ll be sure to add more tidbits as we find them, so check back from time to time. If you’re looking for something fresh outside of Teyvat, head over to our list of the best mobile games in 2022.