There’s something about escaping to another world that appeals to us all, and fantasy games are the perfect way to get a break from reality. Better still, there are so many of these titles out there, and many of them offer something unique that helps them stand out, and further enhance the experience you get when you face monsters and dragons, fight wars, explore luscious landscapes, and build relationships .

However, not all fantasy games can fulfill your fantasies, which is why we took it upon ourselves to travel far and wide, through luscious jungles, dark and dank dungeons, and over the horizon, fighting monsters, bandits, and building relationships along the way just so that we could bring you the best fantasy games on Switch and mobile.

If you want something with a bit more grit, we suggest you take a look at our games like Last of Us, post-apocalyptic games, and survival games lists. Or, if you’re after the exact opposite, check out our picks for the best Mario games, Disney games, and Lego games.

Without further ado, here are our picks for the best fantasy games on Switch and mobile. 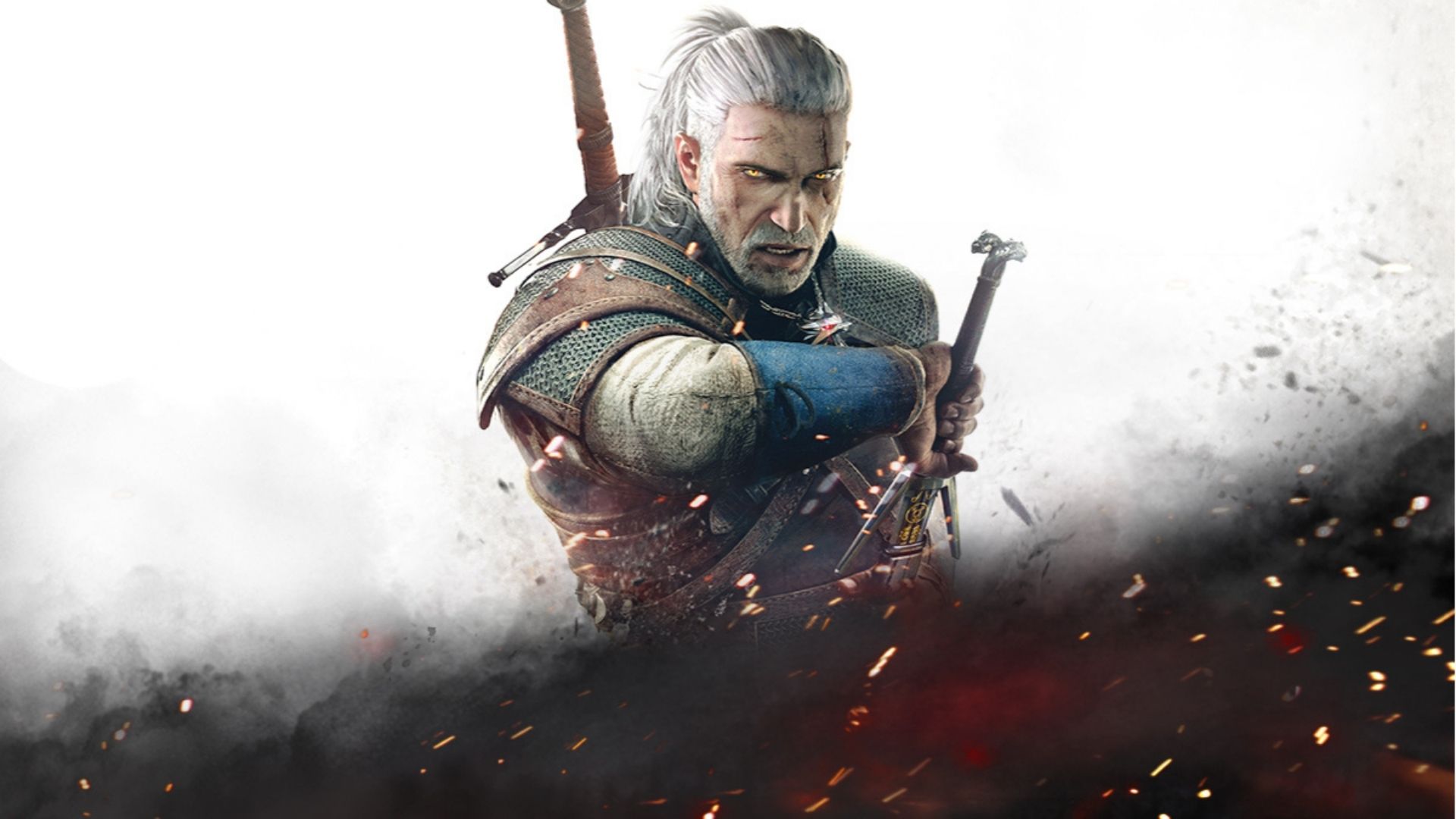 The Witcher 3: Wild Hunt is one of the best fantasy games there is, and this isn’t up for debate. The Continent is a glorious place, a real pleasure to explore, as long as you don’t let the imminent threat of monsters deter you. In Wild Hunt, you once again take on the role of Geralt of Rivia, and you must find and protect Ciri, a descendent of elder blood, she’s extremely powerful, and the Wild Hunt very much wants to harness her power for themselves.

Throughout your journey, you visit many different locations, and get to partake in many quests – exactly what you expect from an RPG. Furthermore, you have an important decision to make. Yennefer or Triss? We understand this is a tough decision. Lord knows how you can pick between these two gorgeous witches. Mind you, we say that, but we’re team Triss here.

For more great titles like this, you should fight your way over to our picks for the best games like The Witcher 3 on Switch and mobile. 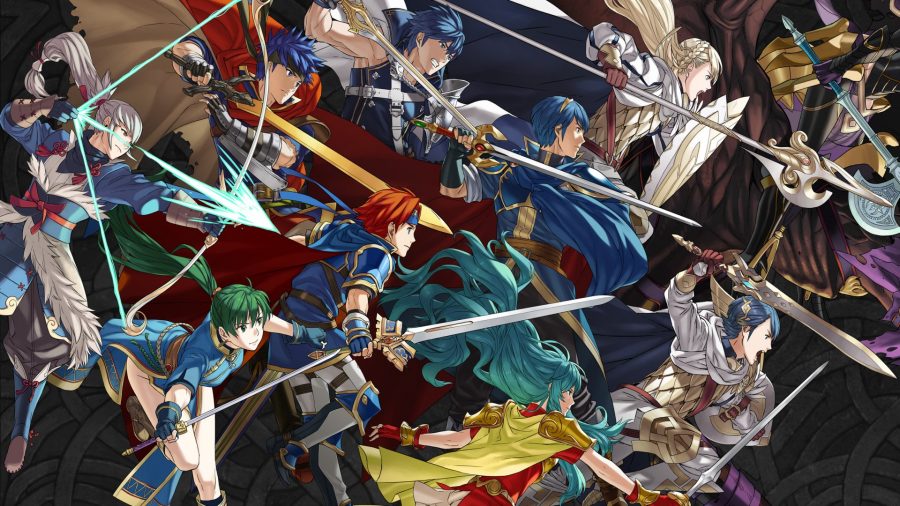 One of the few mobile games that Nintendo has, Fire Emblem Heroes is a fine fantasy RPG that features tactical elements. If you’re a fan of the mainline Fire Emblem series, you’re bound to love its mobile counterpart. When it comes to gameplay, you control a team of up to four characters, and it’s important to consider your options carefully when you choose who to put on your team. Battles take place on a grid, and the movement of a character is directly tied to the unit type it falls under.

If you want to know which heroes are worth using, you should take a look at our Fire Emblem Heroes tier list. We also have a Fire Emblem: Three Houses characters guide for those of you who want to know more about the heroes found in the Switch title. 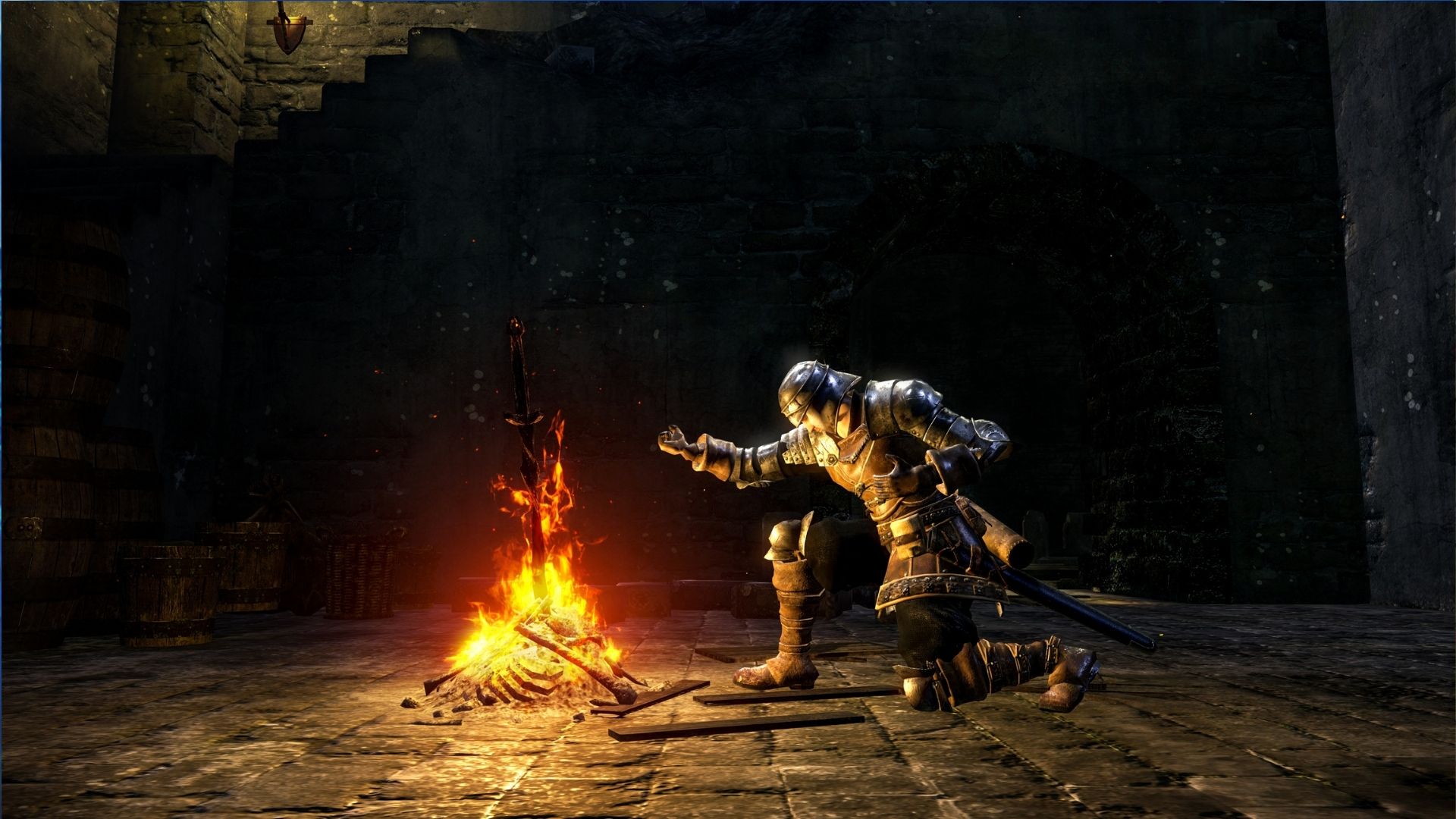 Welcome to Lordran, Chosen Undead, a place where death isn’t the end. Instead, you lose your humanity and walk around as an emotionless husk. Yeah, this doesn’t sound great, so perhaps it’s time to take up arms to save the age of fire (or bring it to an end). Dark Souls is notorious for its difficulty, and with good reason, but no one can deny how incredible that feeling of satisfaction is when you beat the odds.

As the Chosen Undead, you must journey across Lordran, a land that’s fallen on hard times thanks to the fire dwindling. As you fight for what you think is right, you come across many NPCs who each have their own story, while you must also overcome difficult boss fights. Luckily for you, no matter how you choose to approach combat, our Dark Souls bosses guide is full of tips to help you topple your foes.

If you’re a bit of a masochist and want more challenging titles to play, we suggest you check out our games like Dark Souls and hard games lists. There’s but one rule you must follow with these suggestions – get gud or get out. 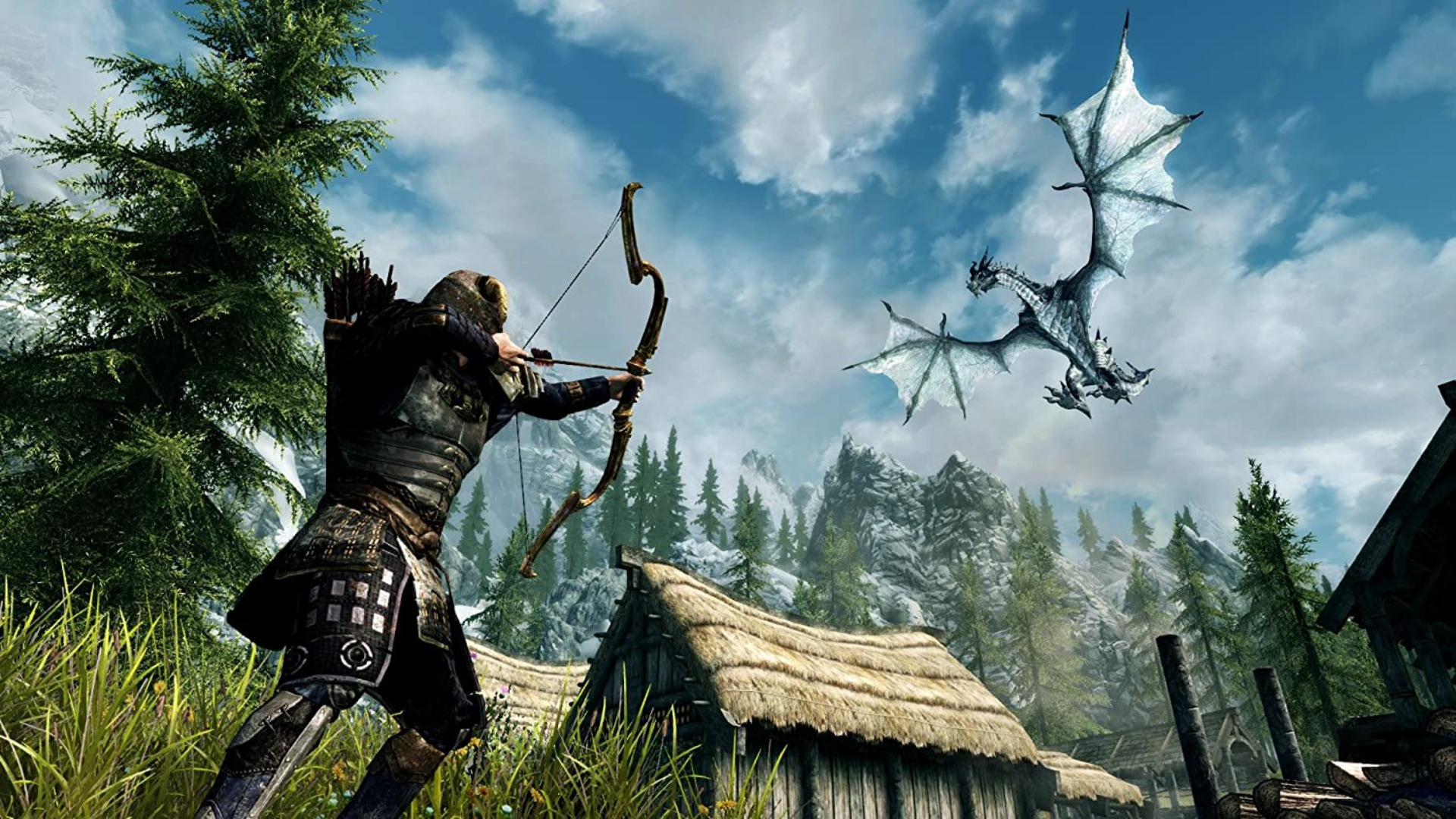 I know, no matter what games list you read, it seems as though Skyrim always rears its splendidly designed head, right? Well, there’s a good reason for that, as this fantasy RPG is by far one of the best in the genre, though we wouldn’t mind if Bethesda chose to focus on the next Elder Scrolls, instead of releasing Skyrim for the hundredth time. Skyrim has satisfying combat, fantastic character design, an engaging story, and a world that’s so vast and stunning that it’s easily one of the best open-world games out there.

I’m not going to dive too deep into Skyrim. You all know plenty about it already. However, if you want some similar titles to play, our list of the best games like Skyrim is the place to be. 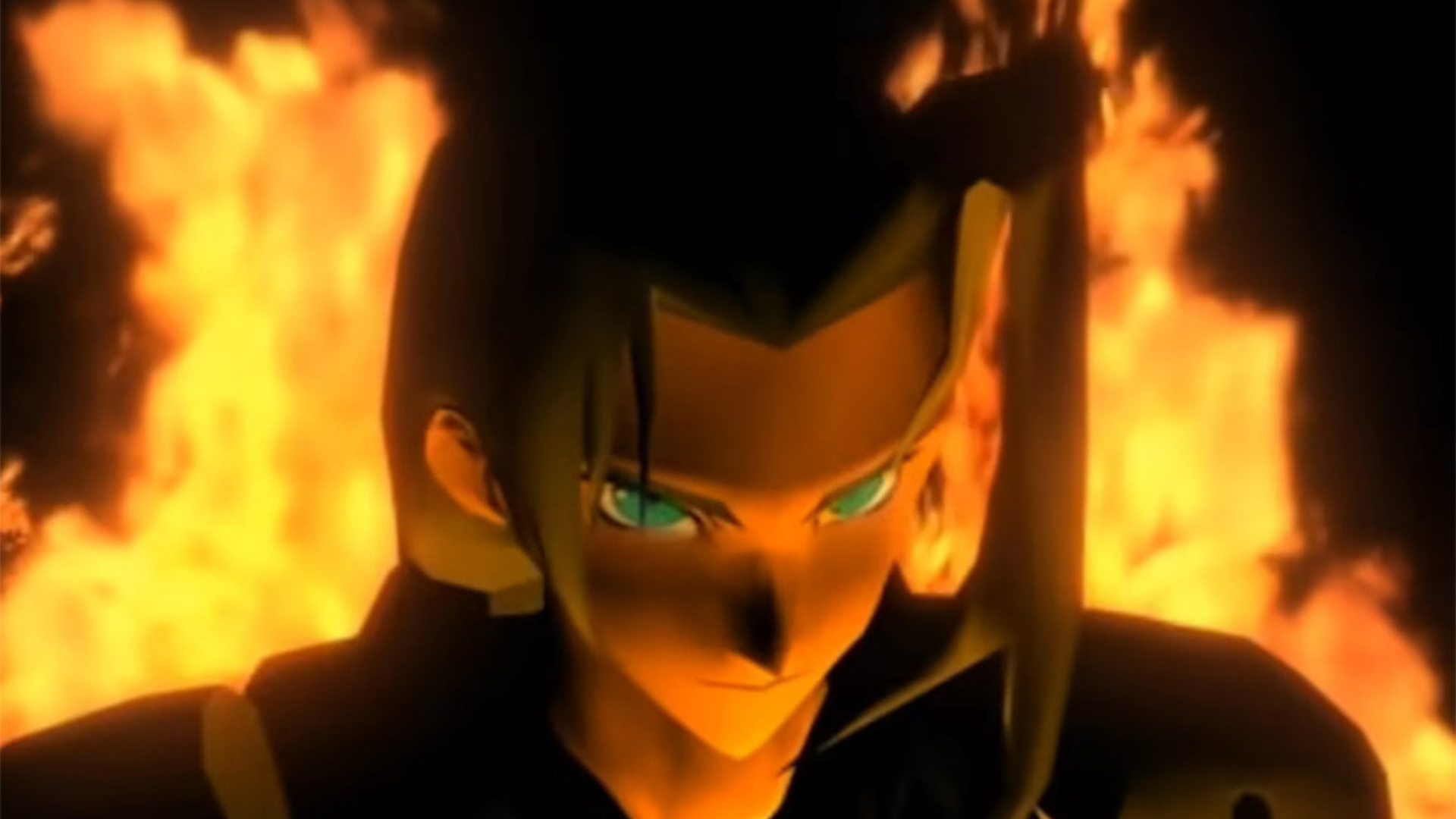 What do you expect from a franchise that has the word ‘fantasy’ in it? Truthfully, any of the FF titles on Switch or mobile are a good fit for this list, but Final Fantasy VII is a favorite at Pocket Tactics (our editor plays it at least once a year). In FFVII, you play as a former first class SOLDIER known as Cloud, who finds himself helping out a radical group dubbed Avalanche, that’s all about saving the planet.

Much like other games in the franchise, you not only control the main character, but other party members too. In fact, if you want to know more about some of them, you should take a look at our FFVII Cloud, FFVII Tifa, FFVII Aerith, and FFVII characters guides. We also have a FFVII Sephiroth guide if you’re curious about the antagonist.

To be honest, I doubt I need to dive too deep as many of you likely know plenty about FFVII, even if you’re yet to play it. But, if you enjoy turn-based combat, love a good story, and appreciate excellent character design, this is a must-play.

If you want to see what else this franchise has to offer, head over to our list of the best Final Fantasy games on Switch and mobile. 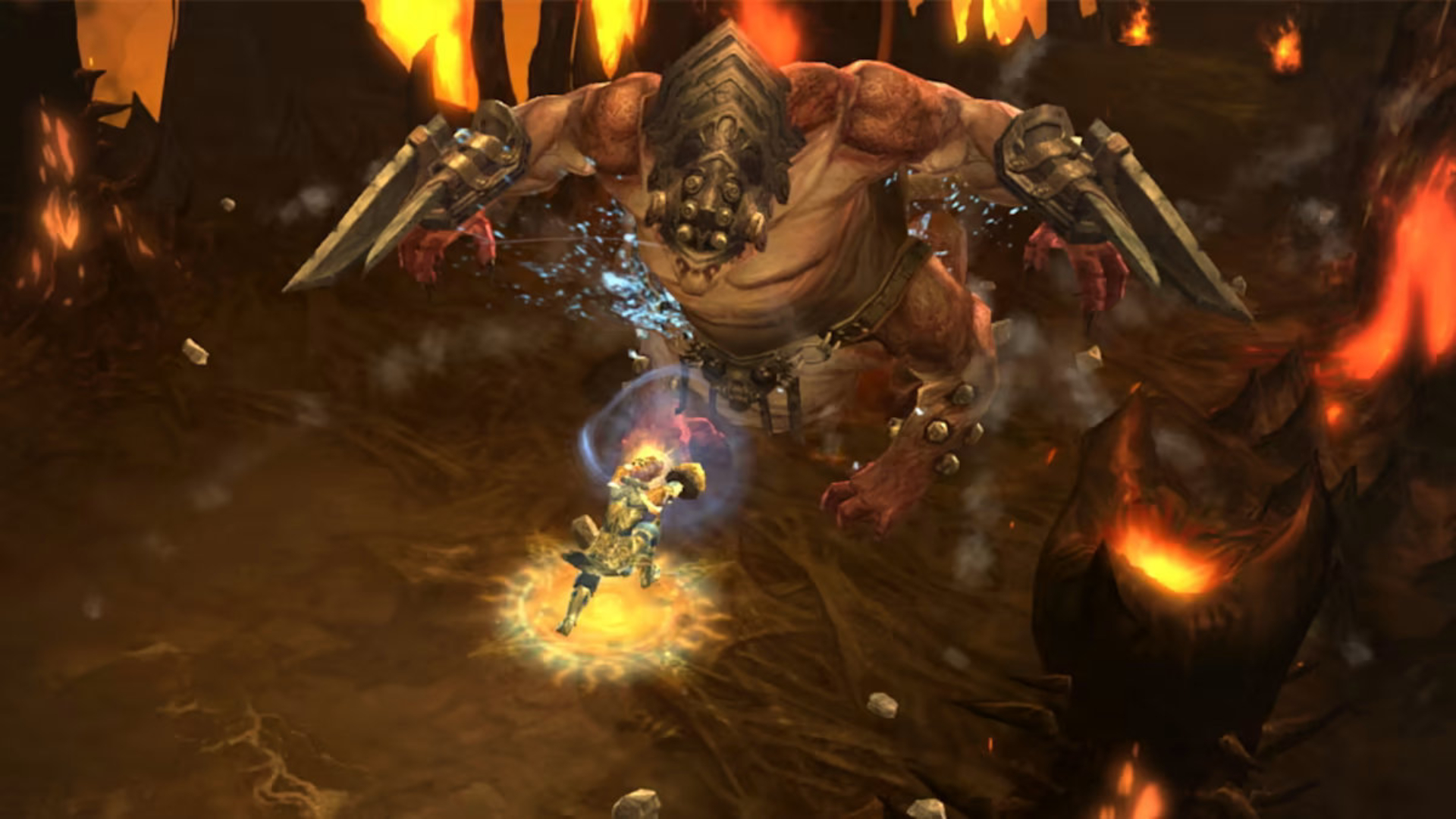 Let’s shift gears and dive into some dark fantasy. Diablo is a fantastic series, and the third game on Nintendo Switch is fantastic. We highly recommend you give it a try if you like fantasy games. If that alone isn’t enough for you, how about the freedom you have to play the game your way, not to mention Diablo III is narratively driven, something that can’t be said for other entries in the series.

When it comes to gameplay, you can look forward to some hack ‘n slash action. But before you dive in, you must select your class, and this can tailor the experience you have in combat, so choose wisely. If you want to experience some similar titles, we’ve got you covered. Just head over to our games like Diablo list.

There you have it, the best fantasy games on Switch and mobile. If you want a game where your choices matter, you should check out our picks for the best mobile RPGs and best Switch RPGs.