When it comes to specific characters in Lordran, there are a few that spring to mind instantly, one of which is Dark Souls’ Artorias, and this is for a few reasons. First of all, he’s arguably one of the best bosses from any FromSoftware game, including the Dark Souls trilogy, Sekiro, Bloodborne, and Elden Ring. Secondly, his backstory is so heartbreaking, especially when you discover his connection to Sif.

If you want to know more about Dark Souls’ Artorias, including his connection to Sif, who he is, how he became known as the Abysswalker, and how to defeat the fallen knight, you’ve come to the right place. We cover all of those things, and dive into his lore, as well as how you actually gain access to the Dark Souls Artorias the Abysswalker DLC.

Of course, there’s more to Dark Souls than just Artorias, but his story does tie in with Dark Souls’ Sif, so we suggest you head over to that guide once you’re done here. We also have Dark Souls Gwyndolin and Dark Souls Gwynevere guides, should you want to know more about two of Gwyn’s children.

Either way, it’s time to pick up your sword and shield, as we take a deeper look at the legendary knight, Artorias the Abysswalker. 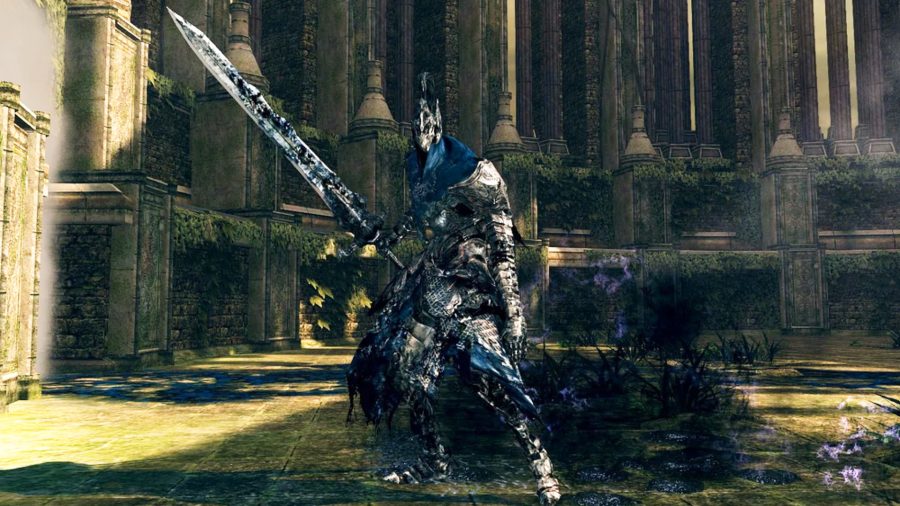 Who is Dark Souls’ Artorias?

Artorias is a legendary warrior that once stood tall as one of the Four Knights of Gwyn – the others being Ornstein, Cairan, and Gough – and as such, he had command over Lord Gwyn’s army. Artorias is known to have a will of steel, a don’t back down attitude, and a hatred for those who serve the dark.

You might wonder what it is Artorias did to be known as the Abysswalker. Well, when in New Londo, he procured a special ring, one that went on to be known as the covenant of Artorias. What makes this ring so special is that its wearer can traverse the Abyss, and thus, the legendary knight received his famous nickname.

Before we go any further, it’s worth noting that Artorias shares a special bond with his beloved great wolf, Sif. The pair fought side by side against the Abyss and the dark forces that support it. It’s this endeavor that leads the team to Oolacile, as they seek to rescue Princess Dusk of Oolacile, after the Abyss ravages the town.

Unfortunately, while on his mission to push the Abyss back and protect the town, Artorias came face to face with Manus, Father of the Abyss, an incredibly powerful foe. In the end, the legendary knight fell, but in one final act of heroism, he sacrificed himself to use his cleansing greatshield to protect the young wolf pup, so the humanity sprites in the area couldn’t touch his companion. There’s more on this in our Sif guide.

However, with a now shattered left arm, Artorias wanders aimlessly in these lost lands, until eventually, he loses himself to the Abyss completely.

History remembers him as a noble, courageous, fearless, loyal warrior, and despite his downfall, we’re happy that the people he once knew remember the hero he was, and not the shell he is now. 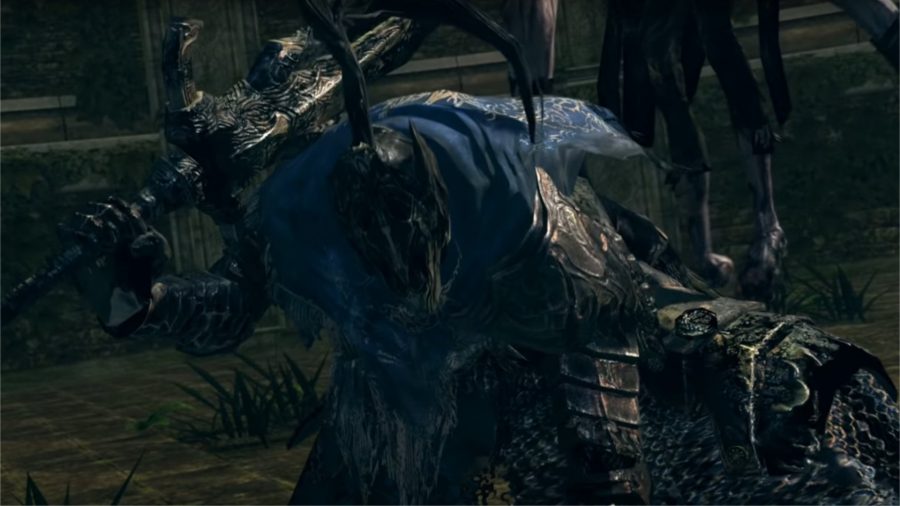 Where can I find Dark Souls Artorias?

Getting the broken during

To get to Artorias, there are a few steps to complete, given he’s at the midway point of the DLC. In order to access the additional content, you must at least reach the Duke’s Archive – after placing the lordvessel – as you need to get the broken pendant. Let us preface this by saying that this location isn’t fun, but since you don’t have to travel too far for this item, it’s not too bad.

Getting to this area isn’t too tricky. You likely stumble across it when you first get to Anor Londo anyway. Nevertheless, fight your way past the two sentinels and the mimic, head up the stairs, and take a left now that the golden fog gate is gone. From here, follow the path until you eventually reach a small staircase that takes you into a narrow hallway – deal with any enemies that stand in your way.

Finally, there’s a room with a bonfire, and it also happens to be where the elevator up to the Duke’s Archive is. Enter the new area, wipe out the smaller enemies, then turn your attention to the crystal golem. Yes, it’s a strong foe, but it drops the broken during upon defeat.

Getting to the DLC

Okay, with the item in your possession, make your way to Darkroot Basin, or more specifically, the hydra lake. No, it’s not necessary to defeat the hydra to enter the DLC, but it hits hard, so just be wary when you walk along the wall to the left side of the lake. After a while, you reach the end, and assuming you already beat the golden crystal golem earlier in your journey to free Dusk, you can now see a portal, and this is where Manus pulls you through.

If you get there and find the gold golem, that’s not a problem. Just defeat it to free Dusk, speak to her, leave, rest at a bonfire and come back.

Phew, are you still with us? Good, because now we’re finally in the DLC. However, don’t get too comfy, as before you can even explore what this place has to offer, you’ve got to defeat a boss – the Sanctuary Guardian. It might pose a threat to newcomers, but if you struggle, our Dark Souls bosses guide has some great tips to share.

Right, now you have access to a safe place known as Oolacile Sanctuary, rest up, and get ready to march on into the Royal Wood, as this is where you find Artorias the Abysswalker.

Honestly, there’s not too much to say now other than work your way through the area. As Artorias isn’t optional, he blocks your path to the second half of the DLC, so it’s impossible to miss him. To begin the boss fight, enter the fog gate at the colosseum. 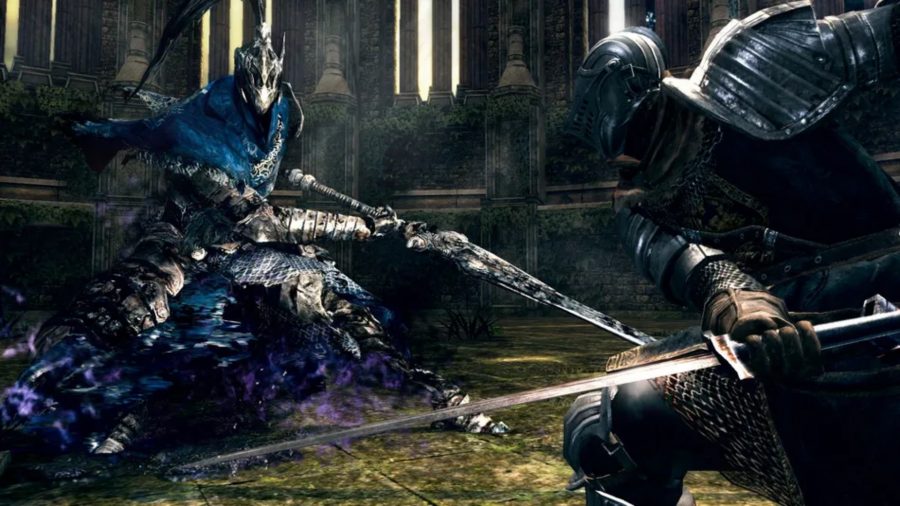 Make no mistake, Artorias the Abysswalker is a gruelling fight, but you can defeat him. The important thing is to not be greedy. Pick and choose your moments. Patience is key. Artorias is unpredictable, and not all of his moves have a tell, so keeping a bit of distance, even as a melee fighter, is really important.

Artorias’ moveset is devastating, and frankly, any hit you take is going to punish you, but if you get caught up in his wombo combo, it might be game over for you there and then. If you notice him swing his blade several times in a row, there’s a good chance he’s about to follow it up with a hurricane swing, so bear that in mind before you charge in.

In order to avoid Artorias at a second’s notice, we suggest you do all you can to ensure you at least have a normal roll, but if you can have a fast roll, that’s even better. For example, should Arortias leap into the air, you want to roll to the right, and do this three times, then it’s safe to run in for a couple of hits.

Furthermore, he has a couple of charge attacks, these are quick and cause some serious damage, but they leave him open to a counterattack, so don’t hesitate to take advantage. Of course, all this advice assumes you’re a melee fighter or magic-user. Should you happen to be proficient in pyromancy, all you need is a high stability shield, and you can tear Artorias apart.

This is one of the best fights in any FromSoftware game, it’s like a dance between two warriors, and frankly, it’s an honor to end the suffering of this once proud knight.

Phew, there you have it, everything you need to know about Dark Souls Artorias. This is a legendary knight that deserves respect. If you’re after more boss-heavy games, our list of the best Soulslike games has plenty to choose from.