There are plenty of things that make Among Us distinctive: fun play with friends, its setting, and how it adapts the famous social deduction game, Mafia. But one element in particular has become especially iconic: its art style. Inspired by the Among Logo, fans have created all kinds of art based around the game.

That’s probably because the Among Us logo is relatively simple, meaning that anyone who likes the game can take a shot at copying it, and even creating their own artwork using the same style. In this Among Us Logo guide, we round together the different Among Us logos, and provide some useful links to tutorials so you can try to draw them yourselves.

If you’re on the lookout for more Among Us content, we’ve got plenty! You can check out our lists of Among Us maps, Among Us skins, Among Us pets, Among Us imposters, and many more.

here’s every among us logo:

The Among Us logo that most people will recognise is the PC version where the A in Among Us is drawn as one of the crew, featuring a backdrop with the other crewmates and the ship.  Marcus Bromander and Amy Liu, who drew most of the art in Among Us, created this logo.

This logo is the one that mobile players will be familiar with: a simple drawing of the red crewmate on a yellow backdrop. This is perhaps the easiest to recreate yourself. Marcus Bromander and Amy Liu of the InnerSloth team also created this logo.

Though this isn’t an official logo and is actually from a loading screen in the game, the shhh piece of art has become pretty iconic in its own right, and plenty of other artists have recreated it. As with the rest of the art in Among Us, Marcus Bromander and Amy Liu also created this logo.

among us logo drawing tutorials

Though stylish and distinctive in its own way, Among Us art isn’t overly complex to create yourself and there are plenty of tutorials on YouTube showing how to draw the iconic logos. Here’s a tutorial for each of the logos featured above: 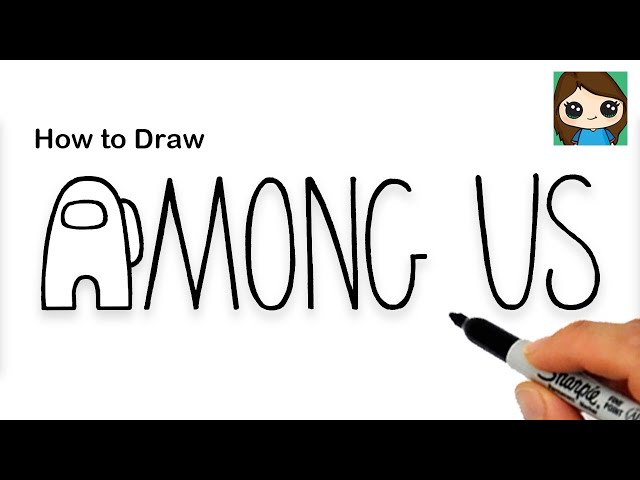 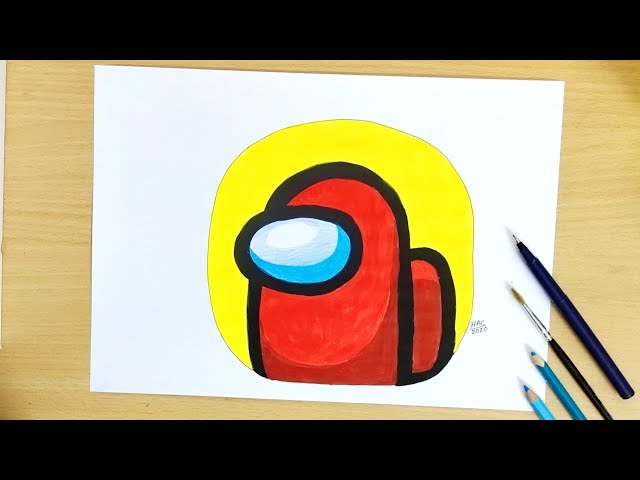 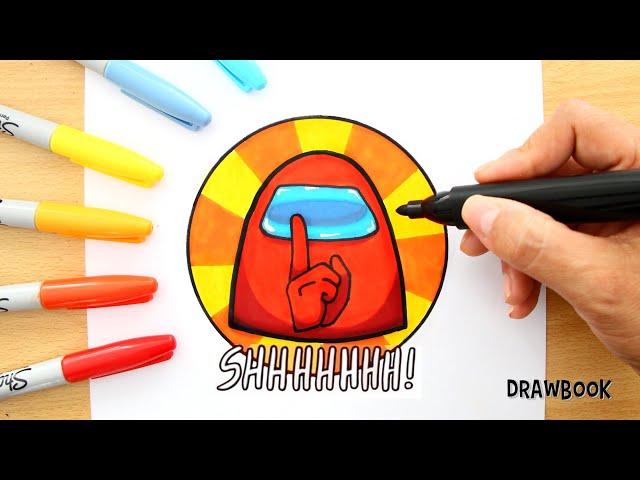 And that’s our Among Us logo guide. If you’re looking for more great recommendations on mobile, have a look at our lists of the best Android games and best iOS games.